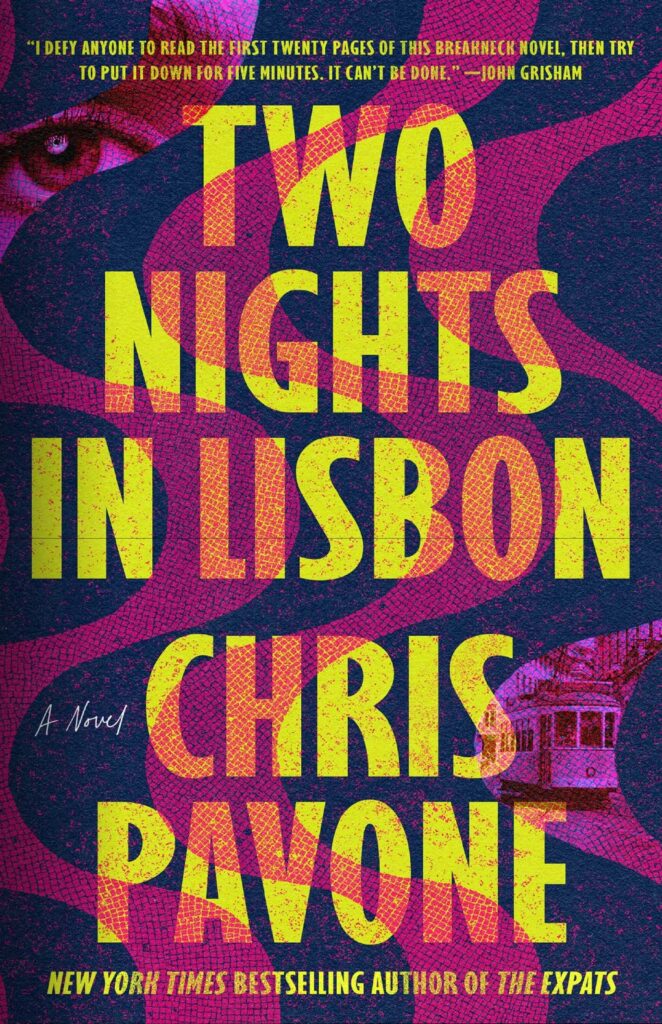 We are thrilled to reveal the cover of Two Nights in Lisbon by Chris Pavone, out in May 2022 from MCD. The novel is a riveting thriller about a woman whose new husband vanishes without a trace, and how far she will go to find him once everything is on the line. Check out our exclusive excerpt below.

Sunlight is streaming through the gap between the shutters, casting a stark column of brightness on the wall, nearly painful to look at.

She’s hot. She flings aside the sheet, toward the other side of the bed, where her new husband should be, but isn’t. Her eyes jump around the room, as if hopping on stones across a stream, looking for evidence of John, but find  none,  plummeting her into the fast frigid water of a famil­ iar panic: What if she’s wrong about him? About this whole thing?

The bedside clock displays 7:28 in emergency red. Much later than she normally awakes, especially this time of year, the busiest months on the farm, when the birds begin chirping around four A.M.,  the fieldwork starts at dawn, dogs barking, men yelling above the noise of sputtering engines. It’s hard to sleep through all that racket even if she wanted to.

Ariel has been an early riser ever since George was born, a matter of necessity when he was an infant, but even when the kid started sleeping later, she didn’t. Waking early became a matter of policy, of character. This was how she wanted to be known, if only to herself: early to rise, early to bed, hardworking between, a serious responsible person, after a misspent youth. Worse than misspent.

Despite her quickening pulse, Ariel is still groggy, her mind muddy. Last night must have really walloped her, the dehydration and generalized exhaustion of international travel, the jet lag, the food and wine and sex, the sleeping pill that John ultimately foisted upon her.

He’d risen from bed, both of them slicked with sweat, spent. He turned to stare down at Ariel, to admire her, naked, sprawled, a pink bloom spreading across her heaving chest and up her neck and into her cheeks, like a rapidly advancing infection. He leaned down toward her, but stopped just before his mouth met hers, stared into her eyes, making her ache until she could no longer wait for him, and she craned her neck upward for a kiss that was long and deep and almost too much, setting off a fresh wave of tingles to accompany those that hadn’t yet completely subsided. Her skin felt so alive, all prickling nerve endings, pure arousal. Ariel watched  him  move slowly through  the dark room,  taking care not to trip, not to stub his toe. He stood naked at the window, working the old shutter’s apparatus until he found the groove, the satisfying click as the whole thing came unlocked. He grasped one shutter in each hand, and gently pushed the large panels apart until fully spread, wide open.

A familiar physical phrasing, the softest touch of fingertips, as if asking permission.

Exactly what Ariel has always wanted most. Exactly what she had got­ ten least. Until now. 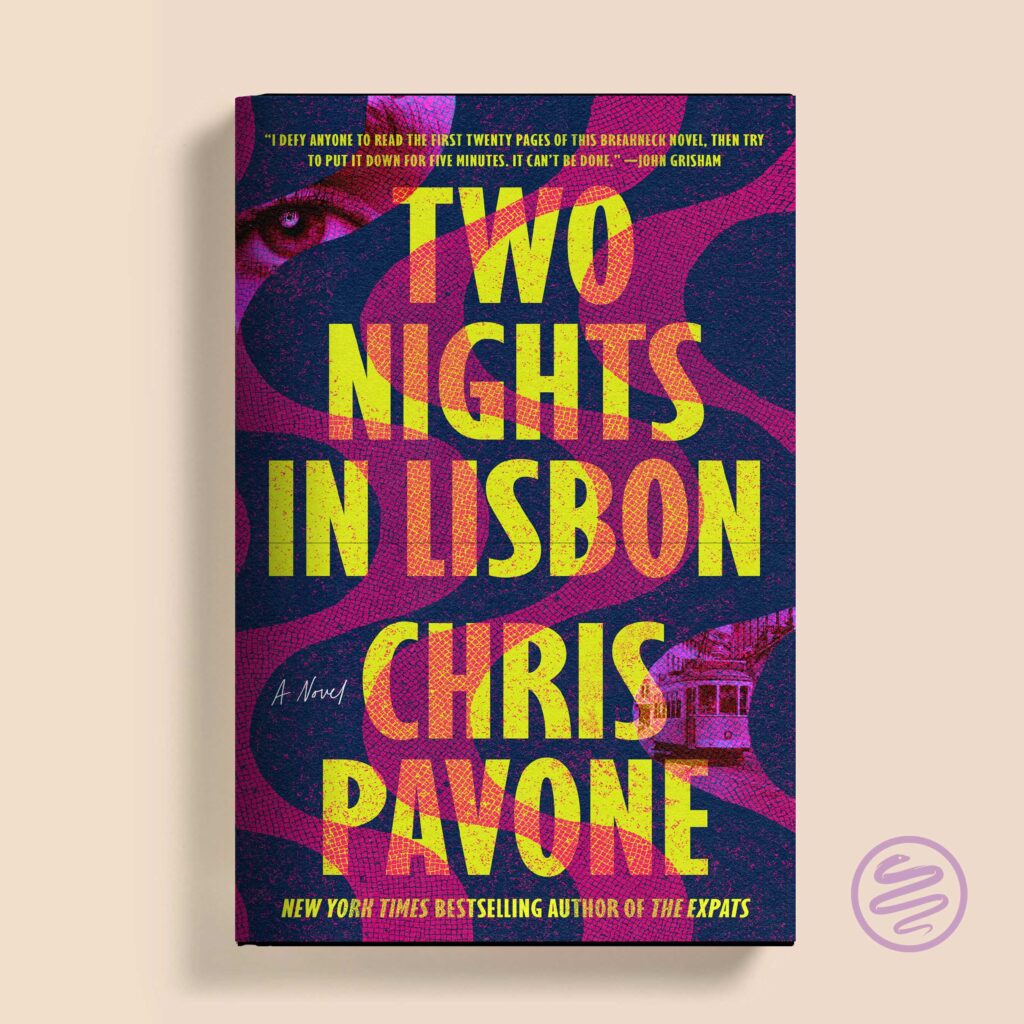 Scary, Spooky, and Sleuth-y: A List of Crime Books Set On or Around Halloween 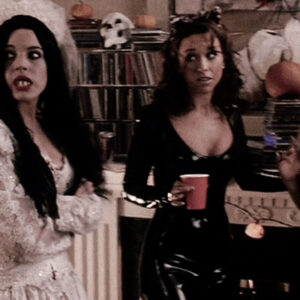 Scary, Spooky, and Sleuth-y: A List of Crime Books Set On or Around Halloween Halloween and crime fiction go together like witches and broomsticks. It’s the perfect time of year for mayhem and murder....
© LitHub
Back to top