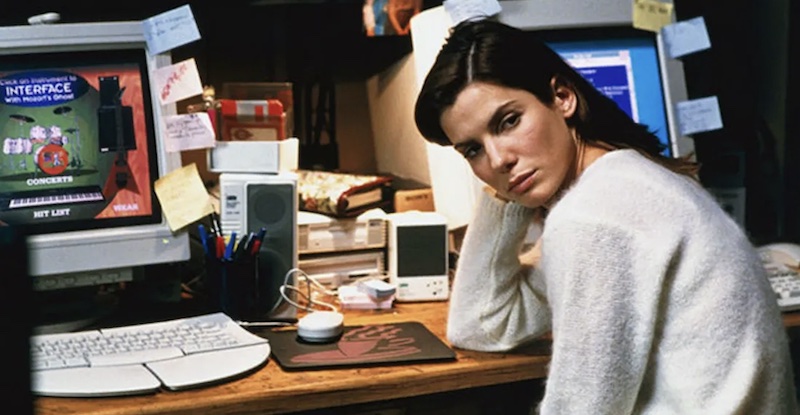 James Wilson on the power of the internet.

One weekend a few years ago my wife and I were invited to dinner by some friends in north London. Let’s call them Sam and Nadia. Nadia is originally from Bulgaria, and still has family there.

On our way home afterwards, I happened to look at my smartphone. There, blazoned across the screen, was a weather forecast for Sofia. Why, for heaven’s sake? I had never been to Sofia. I had no plans to go there.

I could only conclude that Google hadn’t merely tracked my whereabouts, but in some sense “knew”—thanks to some data-mining algorithm—that the people I was visiting had Bulgarian connections.

That seemingly trivial incident was really the starting point for Coyote Fork. Like many people, during the previous decade, I had become increasingly worried about the growing power of the Internet (while at the same time, it must be said, willingly availing myself of the convenience it offered!). But my unease was mostly focused on the effects of social media: how it seemed to encourage factionalism and intolerance, promote conspiracy theories, undermine the concept of objective truth—and, above all, how it changed people from decent human beings, capable of seeing both sides of a question, into self-righteous bullies with one-track minds. The Sofia weather forecast alerted me to another, less immediately obvious problem: the historically quite unprecedented way in which our movements—and even our relationships—are being monitored.

That was the tipping-point: I knew, now, that I wanted to write about the impact of Silicon Valley on our lives. So I began to dig deeper, to try to discover more about our new Tech masters. I was astounded by what I found. (For anyone looking for a concise overview, I would recommend Franklin Foer’s excellent World Without Mind.) As far back as 2010, Eric Schmidt, then Google’s CEO, told an interviewer, “We know where you are. We know where you’ve been. We can more or less know what you’re thinking about.” And in the same year, he wrote, “I actually think most people don’t want Google to answer their questions, they want Google to tell them what they should be doing next”.

And that’s just the story so far. Move on to Silicon Valley’s plans for our future, and you’re quickly in the wilder reaches of Science Fiction. Take Ray Kurzweil, Google’s Director of Engineering. He predicts that many of us will soon be part-cyborg, a hybrid of human and machine. By 2050, he believes, we will have reached what he calls a singularity, in which mind and machine will merge, and a computer-based super-intelligence will transform human existence beyond recognition. He has already got the ball rolling, by trying partially to resurrect his dead father by uploading data to a computer.

So, forget about the soul, forget about free will: from the point of view of the tech titans, we are no more than meat computers, which can ultimately be reduced simply to data. All the negative effects we associate with Silicon Valley—electoral interference, fake news, censorship, the destruction of jobs, the viciousness of social media—stem ultimately from that vision.

As the implications sank in, I came to the conclusion that this has to be, overwhelmingly, the gravest existential danger we face today. And that if Ross Macdonald—the great explorer of the darkness that lies beneath the sun-soaked Californian dream—were alive now, the moral fallout of Silicon Valley is what he would be writing about.

But I still wasn’t sure, at that stage, how I should write about it.

Nonetheless, in 2017, by now thoroughly hooked, I decided to make a research visit to the U.S. It was a strange, unsettling, fascinating trip. It began—thanks to a university friend-of-a-friend of our son’s—with a visit to the Google office in New York, which gave me a first taste of the (to me) strange corporate culture of the tech giants: a mixture of cult-like secrecy and paranoia, on the one hand—and, on the other, a pervasive atmosphere of romper-room fun, all bright primary colours and free ice cream.

The same odd ambience was very much in evidence in Palo Alto, the next stop on my journey, and the unofficial capital of Silicon Valley. Even allowing that there are sound commercial reasons why titans like Google and Facebook should want to protect themselves from too much scrutiny, they are still—for companies that make unimaginable profits by extracting the most intimate details of our lives—remarkably unforthcoming about their own. Why, for instance, when—after an Alice-in-Wonderland search—I finally found the Facebook headquarters, was there not a single sign or notice on it saying “Facebook”? Why, when I wanted to get a distant photo of the new Apple building, was I prevented by uniformed security guards from pulling over on a public road to take my camera out?

It was hard to throw off the feeling that some immensely powerful people must have something to hide. Or, at the very least, thought they did.

As my trip continued—to San Francisco, and then, via a series of run-down little northern California towns, to a tiny, marginalised Native American community menaced by forest fires—that sense grew ever-stronger. And so too, alongside it, did the feeling that I myself was caught up in a Ross Macdonald novel. There were powerful echoes of one of his plots, not only in the journey itself, but in the characters I encountered along the way, and the overwhelming price—in lost jobs, in social alienation, in broken relationships—that so many of them seemed to have paid for the digital revolution. And Macdonald’s dominant theme—the way crimes hidden in the past continue to bubble up in the present, threatening the lives of new generations—mirrored my own growing conviction that, to understand what’s happening in Silicon Valley now, you have (improbable though it may seem) to track back to the hippy commune movement of the 1970s.

Macdonald also had another quality that I greatly admire. He was a profoundly nuanced writer, eschewing black-and-white moral categories, presenting even killers and thieves as complex individuals, themselves often victims of circumstance. His mysteries always had an explanation, but seldom a neat resolution.

My work takes a similar approach. But the digital world I was writing about is almost totally unnuanced—a shrill cacophony of cancel culture, death threats, cartoon heroes and villains. So, as I homed in on the human truth at the heart of my story, Macdonald was an invaluable guide.

By the time I headed back to the airport, I had my form.

Of course, Macdonald’s post-war California was very different from its digital-age counterpart. But the two have more in common than you might at first imagine. As Silicon Valley relentlessly tightens its grip on us, it’s not just the much-touted Brave New World parts of our lives—shopping, voting, dating, watching movies—that it’s forcing online. It’s the ugly bits, too: greed, envy, jealousy, vindictiveness, self-deception. The bits, in other words, that—in every human culture—have fuelled anti-social behaviour and crime.

And anti-social behaviour and crime are thriving in their new home. I’m not just talking about the usual litany of scams we’re all familiar with—your internet connection is not secure, etc., etc.—but darker, more primeval impulses. Who, after all, needs physical weapons, when you can now defame your victim, torture them, destroy their reputation and career, drive them to suicide, from the anonymous safety of your own keyboard?

Macdonald—the master of the detective quest—would have relished the rich fictional possibilities of this new reality: a reality where danger comes not from men with guns, but from the largely invisible web of technology in which we are all caught. 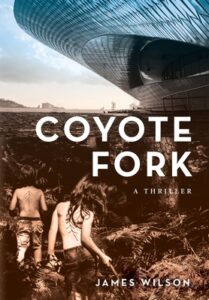 James Wilson was born in Cambridge and educated at Oxford. He is the author of four novels published by Faber: The Dark Clue (described by Allan Massie in The Scotsman as ‘wonderfully entertaining’, and by The Washington Post as ‘a stunning first novel’); The Bastard Boy (longlisted for the IMPAC Award); The Woman in the Picture (‘multi-layered, deeply absorbing and entertaining’ – The Times; ‘A superb achievement’ – Kevin Brownlow); and Consolation (‘an animated, haunting and surprisingly uplifting novel’ – The Observer). A fifth novel, The Summer of Broken Stories, was published by Alma Books in 2015. His work has been translated into nine languages. James received a Ford Foundation grant to write The Original Americans: U.S. Indians for the Minority Rights Group. He worked as script-writer and consultant/associate producer on a number of television projects, including the award-winning Savagery and the American Indian for BBC2. In 1996 he wrote and presented a five-part documentary series, Present Tense: The Enduring World of the Innu, for Radio 3. He is also the author of a critically-acclaimed work of narrative non-fiction, The Earth Shall Weep: A History of Native America, published by Picador in Britain and by Atlantic Monthly Press in the United States, where it won a Myers Outstanding Book Award. James has written several stage plays, and was one of the founders of Bristol’s Shakespeare at the Tobacco Factory theater company. He is also a long-standing member of the executive committee of Survival, an international organization that campaigns for the rights of indigenous peoples. From 2010–2013 he was a Royal Literary Fund Fellow, first at the University of Exeter, and then at the University of Bath. He has also taught writing to post-graduate students at the University of Essex. He lives in London with his wife Paula, a painter, and a stone’s throw from their two grown-up sons, both musicians.

What to Stream This January: Intrigue along the Riviera 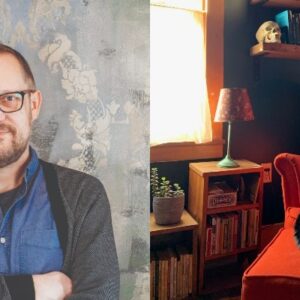 Peter Swanson is the Sunday Times and New York Times best-selling author of eight novels, including The Kind Worth Killing,...
© LitHub
Back to top