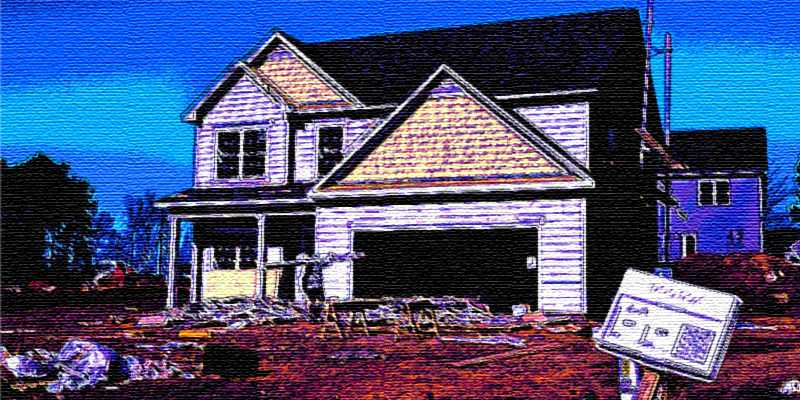 "I dwelled not in an American dream-home, but an already haunted house of my own design."

Ain’t that America home of the free, yeah
Little pink houses for you and me – John Cougar Mellencamp

What I thought I knew was that by building a house, I had attained The American Dream. And by “building a house” I do not mean that I felled a small forest of trees and constructed my own dwelling, not in the least. I mean to say that I paid a crew of hard-working and weary men to build the house for me. Funny now, as I write these sentences to think that my own American Dream was only actualized by, what was, in the end, an expensive financial transaction. That my Dream was purchased.

Growing up middle-class in Eau Claire, Wisconsin, so many aspects of the larger American Dream (upward mobility, advanced education, recreational time, political access) all seemed, if not assured, then accessible. When I graduated high-school in 1998, it was a given I would attend college, and from there, find some slot in my world to earn money, advance, and do even better for my own future family. At that time, no one in my family (or my wife’s for that matter) had ever taken a step backwards in terms of generation wealth. The American Trajectory felt just like a NASA rocket from the 20th Century heyday of American Middle Class security: up, up, up and all the way into orbit.

But a house. A new house. That was a hallmark of real prosperity. A sign that somehow I’d generated enough money to fabricate my own vision. To buy a parcel of land and in building a new structure, leave my mark physically on the planet. Because I didn’t know too many people in Eau Claire who lived in brand-new homes. Most of us had perhaps started in post-WW2 ranches and ramblers, and as our parents succeeded, we moved to newer neighborhoods, but not necessarily new houses. And while my family has done well through the generations, there are photographs on my walls of a great-uncle who worked in the coal mines of southeastern Ohio.

My first book sold in late 2012, and after years of living in apartments – and once just barely avoiding foreclosure and bankruptcy – my wife and I moved back to Eau Claire with our two children, purchased 16 acres of rural land adjacent to a buffalo farm, and began construction of a new house. Nothing gaudy or monstrous. But a vision of ourselves, our family. A sort of Scandinavian modern farmhouse nestled in the hills.

Anyone who has ever built a house will tell you, and it’s true, that there is nothing romantic about the process. As soon as you break ground, any excitement dances with a dimly describable regret. The money begins bleeding out and profusely. Distrust and anxiety mount. The initial heady consultations with a builder give way to deep wariness. And that crew of guys you hired to realize your dream? Why would they care about you or your outsized ego? They’re just thinking about a cold beer or six at the end of another day in which they’ve spent whittling their bodies away, with labor that pays all too little and forgives even less.

By the time our house was finished, I couldn’t look our builder in the face. The beautiful wide hickory floorboards of our first floor were already warping badly. Many of our windows didn’t quite close properly. The septic mound was situated right in the middle of our best view. Screw-pops marred the drywall ceilings like whiteheads on a teenager’s face. Outwardly, the house looked beautiful and new, and it was situated on one of the most dramatic parcels in Eau Claire County. But I couldn’t see those things. Inside, I was consumed with anger. I dwelled not in an American dream-home, but an already haunted house of my own design.

On the very first day we moved into the house, my wife and I were carrying what we thought was a new mattress into the entryway. One of our neighbors, an old farmer had been given this mattress by a relative and kept it in his garage. His house wasn’t big enough for the mattress, but ours surely was. So he gave it us, like a housewarming gift. It was a hot day, and we were frustrated at each other, moving that cumbersome thing around. Just as we set the mattress on the floor, I noticed dozens—dozens—of mice spill out of a previously unseen hole in the side. We both screamed, then set about the work, the cruel work, of evicting those mice, if not from our house, than from the world. Was that a harbinger?

A few weeks after we’d moved into the house, an old family friend who works in construction stopped by to look things over. He began telling me about a project that he’d worked on a few years ago. He and the crew he was part of had slipped behind their timeline and the homeowner had gotten all of them together and promised a five-figure bonus if they could complete the house in the next three weeks.

“Nick,” my buddy said, “if we had all the meth in the world we couldn’t have gotten that house done in three months.”

As I listened to his story, it rang terribly true inside me, and perfectly twisted. I could relate to that homeowner. My friend had recited the story as a way of telling me about crazy homeowners and perhaps the plight of his own life, and what I heard was someone describing me. I had stood in coldest winter (and 2013-2014 was a historically cold, snowy winter in Wisconsin) while steam billowed out of my partially built house in an effort to help cure the cement basement. This, while propane was at almost three dollars a gallon. I remember just watching that steam rise and all I could see was a pile of money burning. I would have paid almost anything to see men working on my house during those days, sealing up the box so I wouldn’t be tormented by that steam.

So, as a novelist, I took my buddy’s story and explored it, exaggerated it, upped the ante. In fiction-writing terms, I made the stakes a helluva lot higher. I set the book outside Jackson, WY in one of the most tony housing markets in the American West. I made the fictional house an architectural diamond, and the location an impossibly beautiful landscape of memories and dreams. And I thought and thought about the homeowner, about the desires of a homeowner willing to pay that kind of time-sensitive reward. Why would she do it? What would compel her? And what about the men bringing this desperate dream to life? What were they chasing? And what would it cost them? Then I wrote like hell. A book that might have taken me years screamed out in months. My skin felt like it might molt. My soul felt raw.

Months after moving into the new house, our son vomited all over the carpeting in his room. Then a young relative came over and picked paint off a wall. My wife accidentally sent a skateboard into our new stainless-steel refrigerator leaving a still-visible bump. Dozens of incidents. Suddenly, our new house was new no longer. And there was a great relief in that, I will tell.

I began thinking of the houses that made feel at home and relaxed. I thought of my in-law’s house. A 1950s ranch that three generations of my wife’s people have lived in. In some rooms, the carpeting is original. The kitchen hasn’t been updated since the 1980s. The basement is a breeding grounds for rare and exotic molds. And yet. You enter that house, and you know you have entered a welcoming place. You can’t mess anything up. You help yourself to the refrigerator. You’re always warm enough. The old threadbare furniture is perfectly accepting. You almost instantly feel at ease, even naptime sleepy.

The risk in writing this essay is that I betray something of myself that is uniquely ugly and privileged. But I don’t think my story is unique at all. I think this ugliness, this vanity is a pandemic of its own, just another symptom of a cultural sickness, not so different from spitting on a flight attendant or coughing on a Wal-Mart employee.

Right now, in America, despite skyrocketing costs, the housing market is exploding. Money is cheap, so Americans are plunging into debt to build their dream-homes. There is a national infatuation with Home & Garden type remodeling television shows. Chip and Joanne Gaines, god bless them. Instagram and other platforms make it all too easy to ogle and covet the houses, faucets, and bathtubs we don’t have. What is so much more difficult to photograph or yearn for, are just the things America is presently bankrupt of. A collective ethos, not an individual one. A spiritual richness, not a superficial wealth. A future vision, not a trendy look. A front porch perspective, rather than nosing into a telephone and a perfectly cultivated image.

No one ever talks about the aftermath of The American Dream. What happens when you wake up inside your dream? What do you do next? Buy next? Build next? What if you’re not happy? Then what? 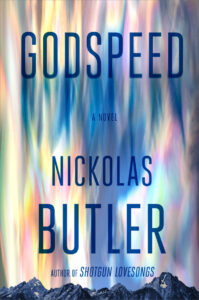 NICKOLAS BUTLER is the author of five books, including his latest novel, GODSPEED, which this essay discusses.

Nickolas Butler was born in Allentown, Pennsylvania, and raised in Eau Claire, Wisconsin. He is a graduate of the University of Wisconsin-Madison as well as the Iowa Writers' Workshop, and the author of the novel The Hearts of Men, the internationally bestselling and prizewinning novel Shotgun Lovesongs, and the acclaimed short story collection Beneath the Bonfire. He lives in Wisconsin with his wife and their two children. His new novel, Godspeed, is now available. 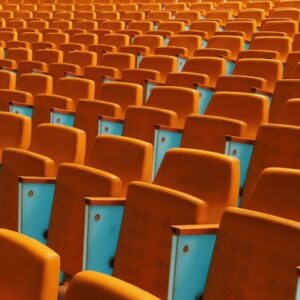 Being an author requires building worlds and characters for others to see in their mind. It takes incredible skill to hone...
© LitHub
Back to top