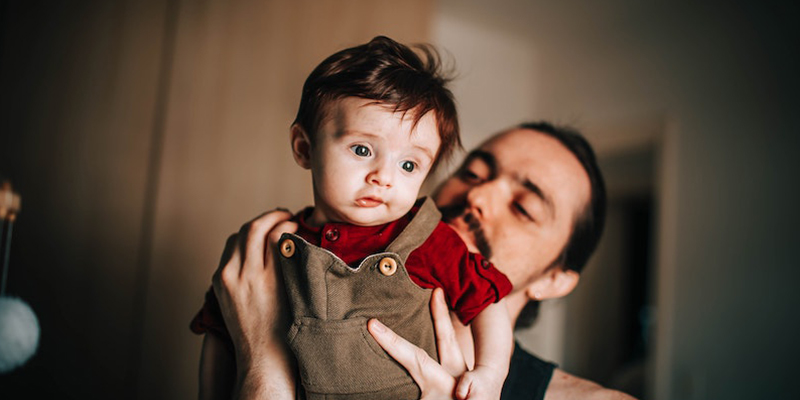 There are 1.5 million stay-at-home dads in the US. So why are there only a handful to be found in crime novels?

This started as a normal piece for CrimeReads.

You know the one: the author, dutifully shilling their newly released title, assembles a lively roundup of books that are sorta-kinda like theirs, with a headline that involves a number and some click-baiting tease (Eight Thrillers That Will Help You Pick Out Better Drapes, or Twelve Cozies You Can’t Bring Home to Mother, or whatever).

This is usually achieved with a minimum of fuss. At the end of it, the author’s publicist is happy for the extra exposure, the author sells a few books, and CrimeReads gets some free content. Everybody wins.

That’s all I was looking to accomplish for my latest thriller, Unthinkable. The book features a protagonist who is, like me at one point, a stay-at-home dad (a SAHD, as we’re sometimes known—though admittedly the acronym is a bit of a downer). So I thought I’d put together a list of mystery/thrillers involving SAHDs.

Because there aren’t enough to fill out a list.

Michael Crichton’s Prey features an unemployed software developer who has become a SAHD. In the early 2010s, Jeff Shelby, writing under the name Jeffrey Allen, published a three-book series with Kensington chronicling the zany adventures of a SAHD, starting with Stay at Home Dead. Before that, Jeffrey Cohen (sometimes known as E.J. Copperman) had three books, beginning with For Whom the Minivan Rolls, with a freelance journalist/SAHD as hero.

Certain I was missing something, I reached out to Cohen. He said he was unaware of anything else.

The other Jeff confirmed it for me. “Yeah, there’s not a whole lot out there,” Shelby said. “It seems like it’s so hard to come up with an original idea for a protagonist, but this one was just wide open.”

I’m sure there are a few others—and I hope you’ll alert me to them in the comments below—but there aren’t many.

And, really, what’s up with that?

There are, according to the Bureau of Labor Statistics, roughly 1.5 million stay-at-home dads in America. We’re not exactly unicorns, and we’re slowly growing in number as more male couples marry and adopt babies; and as women achieve career gains that make it possible/sensible/desirable for their male spouses to be the parent to stay at home.

Yet if all you looked at were books, television, and film, you’d think we’re still the rarest of creatures—and only thrust into the job as a last resort.

Most depictions feature men who become SAHDs and/or single dads under tragic circumstances, mainly in the form of dead moms (to name just a few: the dads/uncles in Full House, Atticus Finch in To Kill a Mockingbird, Roald Dahl’s classic Danny, the Champion of the World, Liam Neeson in Love, Actually, Kevin Hart in the surprisingly tender 2021 movie Fatherhood, or pretty much anything in the Disney franchise).

There are also a lot of men who become SAHDs as a result of job loss and/or extenuating employment circumstances (Eddie Murphy in Daddy Day Care, Michael Keaton in Mr. Mom, Tony Danza in Who’s the Boss, or Robin Williams in Mrs. Doubtfire).

There are even men who became SAHDs after having children bizarrely dumped on their doorstep (Adam Sandler in Big Daddy and the guys in Three Men and a Baby).

These characterizations are often one extended gag about men being reluctant, helpless, or bungling at domestic tasks; as if having a Y chromosome makes you congenitally incapable of cooking a meal without burning down the kitchen, cleaning a bathroom without swamping it, or knowing that diaper rash calls for a liberal slathering of A+D.

You know what you don’t find much of? Men like me, my protagonist Nate Lovejoy, and the other SAHDs I know: people who, in full collaboration with their partners, decided that staying at home and raising their children was the best choice—logistically, financially, emotionally, or otherwise—for their families.

Oh, there are a few. The children’s show, Doc McStuffins, features a little girl whose mom is a pediatrician and whose stay-at-home parent is her dad (he’s even portrayed as being competent at household chores! Imagine that!).

Mixed-ish, a spin-off of Black-ish that lasted for two seasons on ABC, had a reasonably well-adjusted stay-at-home dad character. Though even he got a job as a teacher in season two.

Beyond that? It’s not often I, as a white male from an upper-middle class background, feel underrepresented in anything. But the landscape seems pretty barren.

And I can’t help but wonder why.

Are we, twenty-one years into the 21st century, still clinging to traditional gender roles that fiercely? Is a man’s only worth still found in swinging a hammer, putting in long hours at the office, or bringing home the largest paycheck?

Is there really that much ambivalence about men being seen as nurturers and caregivers?

Is there really that much ambivalence about men being seen as nurturers and caregivers? By now, shouldn’t it be assumed that a man will take on 50 percent of the work of rearing children—and, depending on their family’s circumstances, perhaps more?

Because there’s certainly plenty of research that suggests it’s important that we do so. In a 26-year longitudinal study, psychologist Richard Koestner found involvement of the father in childrearing was the single most significant factor in a child’s development of empathy.

A University of Pennsylvania study found that children who felt “closeness and warmth” with their fathers were twice as likely to go to college and 80 percent less likely to be incarcerated.

There are also benefits that can’t be quantified. Being a SAHD—I’ve since “retired,” inasmuch as my kids are school aged and I write full-time—was a great experience for me and, I’m pretty sure, my kids; clearly one of the most rewarding chapters of my life.

I try not to romanticize it, because it was also damn hard work. I certainly remember a lot of days staring up at the driveway, willing my wife’s car to appear so I would finally have a little help with the kids.

More than that, it’s a perfectly valid path for men and their families to choose. And our fiction should reflect that. I hope, as we inch toward a world where people get to make decisions unmoored from the anchors of gender expectations, other writers will join me in bringing more characters like Nate to the page.

Maybe one of these days I’ll even get to write a half-decent roundup about it for CrimeReads. 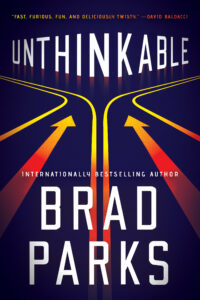 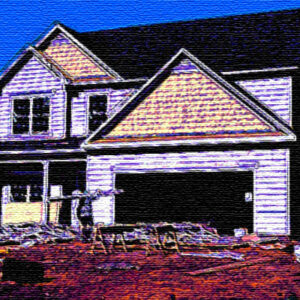 Ain't that America home of the free, yeah Little pink houses for you and me – John Cougar Mellencamp   What I thought...
© LitHub
Back to top