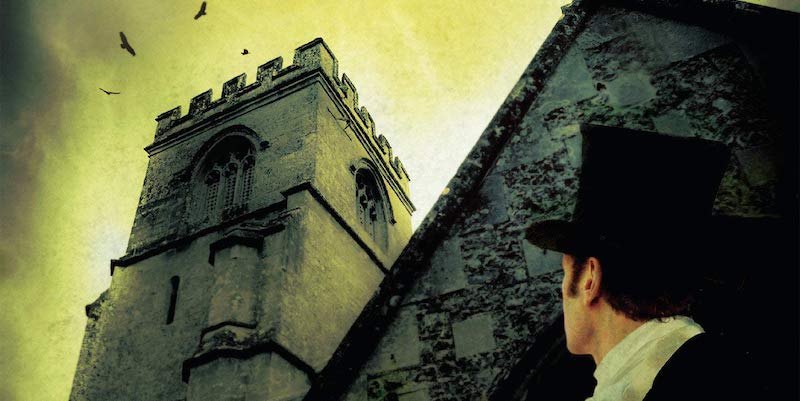 C.S. Harris, author of the Sebastian St. Cyr mysteries, on the joys of following characters' lives far beyond the pages of a single book.

With the release of What the Devil Knows, the sixteenth in my Sebastian St. Cyr historical mystery series, I’m often asked how a writer keeps the momentum going in a long-running series. To be honest, it’s a bit of a shock for me to realize just how long I’ve been writing about St. Cyr, because there is still so much about Sebastian and the people around him that I’m eager to explore.

One of the reasons I decided to write a series rather than standalones was because I was intrigued by the idea of being able to follow the lives of my characters far beyond the 3-400 pages of a typical book; to explore the ways in which time and experiences can alter, grow, or sometimes destroy us. When the first book in the series, What Angels Fear, begins, Sebastian is a twenty-nine–year-old cavalry captain recently returned to London after six brutal years at war. Psychologically and emotionally disturbed by the things he has seen in those years and the things he himself has done, he’s not exactly suicidal, but he has reached the point where he frankly cares little if he lives or dies. His relationships with his father, the Earl of Hendon, and Amanda, his only surviving sibling, have long been troubled, and he is still haunted by a youthful love affair that ended badly.

I suspect this is one of the secrets to keeping the momentum of a series going: Begin with an intriguing central character with an array of person issues that can be explored over multiple books. Sebastian’s life soon becomes even more complicated: he realizes there are serious questions about his parentage and the fate of his mother, long thought dead; he acquires a dangerous nemesis in the person of Charles, Lord Jarvis, a cousin of the King and the real power behind the Prince’s fragile regency; and it isn’t long before he develops an pivotal relationship with Jarvis’s daughter, Hero, who will eventually become his wife and the mother of his child.

And therein lies another of the ingredients to keeping a long-running series fresh: Vivid secondary characters with their own intriguing lives. Hero is a wonderful, strong character who has more than a bit of her powerful, ruthless father in her. Paul Gibson, the brilliant anatomist Sebastian has known since his Army days, nurses a deadly opium addiction and falls in love with a mysterious Frenchwoman who refuses to marry him for reasons he doesn’t understand. As the series unfolds, we learn more about the secret, unusual past of Sebastian’s valet, Jules Calhoun; about Tom, Sebastian’s enigmatic young groom, and Kat, Sebastian’s old love with secrets of her own. Even Sir Henry Lovejoy, the magistrate who in the first book sets out to capture St. Cyr and then becomes his friend, has a tragedy in his past that I still haven’t explored, but will soon when the time is right.

For the writer of a historical series, this is another important element available: history itself. The first book, What Angels Fear, plays out against the establishment of the Regency in early 1811, and the mystery of each book that follows is carefully timed so that actual historical events are either pivotal or at least form an important backdrop to the story. As someone with a PhD in 19th century European history, I’ve found this aspect of the series a particular pleasure. At the same time that Sebastian is evolving and changing, we watch Britain and the world around him change, too. In the first books, defeat in the war and popular revolution in Britain are still seen by many as real threats. As the years pass, British life is complicated by dangerous diplomatic intrigues; the lost tomb of Charles I is discovered, and a famous blue diamond reappears. We see the romantic period flourishing in the arts even as the prudish strain that will eventually become dominant under Victoria begins to creep into British life; Sebastian deals with new developments in the Arthurian legend and tangles with Marie Antoinette’s deeply disturbed daughter and Napoleon’s estranged brother. By late 1814, the time of What the Devil Knows, the French have been defeated and Britain is beginning the painful transition to a peacetime economy. But we know that with the deposed emperor lurking just offshore on Elba, that won’t last. He will reappear again in #17, 2022’s When Blood Lies, a book in which readers will finally learn some important secrets about Sebastian’s mother and father.

I’ve been writing about St. Cyr for almost twenty years, yet I honestly find him and his world more intriguing now than I did at the beginning. And that’s probably the main secret to keeping a series fresh: for the author to approach each new book with the same level of excitement and interest as the first. 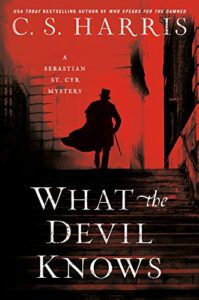 C. S. Harris is the national bestselling author of more than two dozen novels, including the Sebastian St. Cyr Mysteries. Under the pen name C. S. Graham, she co-authored a thriller series with former intelligence officer Steven Harris and, as Candice Proctor, wrote seven award-winning historical romances. A respected scholar with a PhD in nineteenth-century Europe, she is also the author of a nonfiction historical study of the French Revolution. She lives with her husband in New Orleans. Her latest novel, 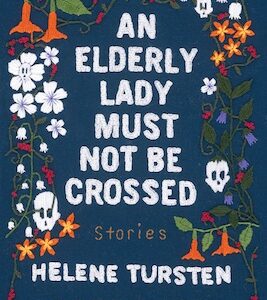 Maud let out a loud sigh of relief as she sank into her comfortable seat on the plane. She surprised herself, because she rarely...
© LitHub
Back to top