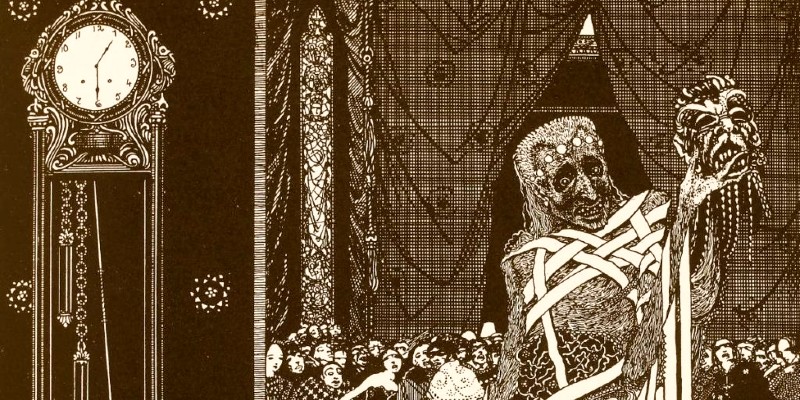 Poe's timeless themes and horrors translate pretty well to a modern YA setting, it turns out.

The germination of a story can be hard to pinpoint, even more so if the seed was planted over 30 years ago, as I suspect is the case with my newest release, The Initial Insult. I can’t say for sure that I’d been introduced to Poe before my freshman year in high school, but I can certainly recall staring at Harry Clarke’s 1919 illustration of “The Cask of Amontillado” included in my English textbook and feeling—in a word—horrified.

And also—oddly elated. I ditched the pace of the always-painful class read aloud, finished Amontillado, turned the page to take in “Hop-Frog” and looked back up from my textbook with a single thought: I didn’t know you were allowed to do that in writing.

I’d only been subjected to safe, typically didactic classroom readings at that point in my life, but being exposed to Poe was a game-changer for me. Yes, you can bury people alive (can in fact, rely on that trick more than once, if you’re Poe). You can also set them on fire and let their pets eat their decomposing bodies.

It all made my own dark imaginings seem tame by comparison—but also valid.

I’d always known I wanted to be a writer, but I hadn’t seen the shadows that wandered my mind exemplified on paper, let alone be considered worthy of praise. Now, with ten books behind me and a reputation for killing fictional people while making real people cry, that not only can you do that in writing, but you can make a career out of it.

All that being said, I almost always get a phone call from my mom after she reads an advanced copy of my latest book. And while complimentary, these conversations tend to end with a sigh and the often-repeated wish that I will “write something nicer next time, maybe with a cat.”

I managed the second part. Only, the cat is an escaped panther wandering around a debauched high-school gathering while a virus breaks out among the party-goers and a murder goes down in the basement.

And yes, not only can you do that in writing, but you can do it in YA.

Moving Edgar Allan Poe into a modern, Appalachian setting was not something I’d ever toyed with. Yes, I loved Poe, but emulating others wasn’t a goal of mine… until a black cat ran across my path as I pulled into a service station, and, while pumping gas, I thought about how most people would hold to the superstitious view that bad luck would find me soon. I’m a fan of the Poe interpretation and assumed that the black cat was an arbiter of justice, late for his appointment to deliver judgement upon someone.

And instantly, there was a story in my head. The cat became a prowling panther, an abandoned house and known party-pad morphed into the setting for The Masque of the Red Death, underneath which I added a basement, a coal chute, loose bricks, a bucket of mortar and cast female frienemies in the role of Fortunato and Montressor. It happened in about seven minutes, which is how long it takes me to drive home from work. When something blooms into life that quickly, it’s either been percolating for a long time, or it’s pure drivel.

A series of texts with a fellow writer friend reassured me that it wasn’t drivel. In fact, she insisted that not only did my idea have legs, but they were sexy, sexy legs. All of this happened during the summer of 2018, and while I definitely thought the depths I was plumbing were worth the risks, I had reservations about diving in.

My usual creative process is to mull for a while, do some background reading, and then full-bore plow through a first draft at a chaotic pace. This time the mulling meant determining which Poe stories to use as a framework, the background reading meant learning more about Poe’s life itself, and the first draft came up in the form of what I politely like to refer to as a “word vomit.”

Also, my mom was not happy with the amount of actual vomiting in the book. She wasn’t particularly fond of the swearing and drinking, either. The violence she seems to have grown accustomed to, admitting to me that “I think people question my parenting.” The tension was what proved too much for her in the end, evidenced by the text I received one night letting me know that she couldn’t read the book before bed, because it was “just too much,” but that Game of Thrones was serving her nicely instead.

Everything my mother considered a drawback, I perceive as a strength. Poe’s work always carries with it the dark and macabre, but brings them forward with that touch of realism that makes it all the more believable. Family feuds, stinging rebukes that fester for years, lost dreams, buried pasts, and the bright flash of a familiar smile that leads you into the shadows are all elements of what makes Poe endure.

As humans, we acknowledge the darkness that co-exists with the light, and while some of us may be more inclined to probe it than others, it carries with it an undeniable fascination. It has been exactly such subjects that have fired my imagination since I can remember and which served as a cornerstone for both my and Poe’s careers.

One of my much-loved coffee mugs carries quotes from famous writers, and I happen to be staring down one from Jane Austen as I write this: “Let other pens dwell on guilty and misery.”

To which I say—Don’t worry, Jane. I got this. 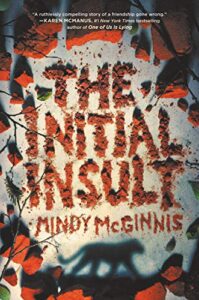 Mindy McGinnis is the author of Not a Drop to Drink and its companion, In a Handful of Dust, as well as This Darkness Mine, The Female of the Species, Given to the Sea, Heroine, and the Edgar Award-winning novel A Madness So Discreet. A graduate of Otterbein University with a BA in English literature and religion, Mindy lives in Ohio. You can visit her online at www.mindymcginnis.com.
http://www.mindymcginnis.com 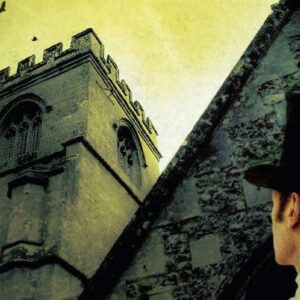 With the release of What the Devil Knows, the sixteenth in my Sebastian St. Cyr historical mystery series, I’m often asked...
© LitHub
Back to top