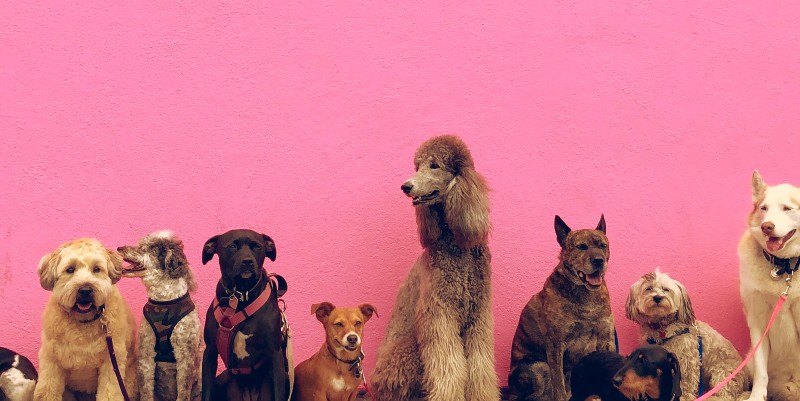 Cadaver dogs perform a difficult, important task in law enforcement. It all begins with a tennis ball and a game.

It starts with a tennis ball.

And a very sensitive nose.

That puppy you see in the park with its owner might look like it’s just enjoying a game of fetch with his favorite ball, but there actually could be some serious education going on.

That little furry fella might be well on his way to becoming a canine detective.

With boundless energy and noses that can detect scents 10,000 to 100,000 times better than human noses can, dogs have become invaluable in police work. They sniff out drugs, bombs, and other contraband, and they often locate the lost or the injured.

But it’s not only the living who sometimes need to be found.

How does a fluffy puppy turn into a super snooper?

Well, it often starts with that tennis ball or another of the dog’s favorite toys. The toy is stored in a case that also holds a trainer’s bait—preferably human blood, decaying flesh, or bones, but as these are sometimes hard to come by, there are commercially available substitutes that provide the proper scent. The dog eventually associates the smell of the decomposition with the toy and after that, the game is on!

The dog is trained over various terrains, both urban and rural, and in all sorts of weather, day and night, rain and shine. Decomposition is a complex scent, and death in arid conditions has a different odor than death in humid places. The dog needs to learn the differences as well as be able to distinguish between the scent of dead animals from that of a dead human.

HRD dogs are trained to pick up the scent of decomposition as it drifts in the atmosphere, so like many hunting dogs, they have to be good air sniffers. But like hounds and other tracking dogs, they also need to track scent on the ground for those times when dead cells are shed and fall to the earth.  There are even HRD dogs that are trained to detect gases that rise from water and thus, find bodies that are submerged.

When the dog makes a discovery, he gets to play with a favorite toy. This gives the handler a perfect opportunity to re-enforce the dog’s training. A successful find equals play. To the dog, it’s all a game.

How good are the dogs? Back in 1999 a dive team in Canada spent 12 days searching for the body of a missing boater. A cadaver dog aboard a boat found the man in fifteen minutes. In Pennsylvania, dogs searched a 90-acre property and located the remains of four missing men–even though they were buried twelve-and-a-half feet in the ground. In fact, HRD dogs are now being used at archaeological sites, from Revolutionary War cemeteries to Roman hill forts, to find burials.

The breed of dog is not nearly as important as drive, intelligence, and ability. HRD dogs need to be smart enough to made decisions and to work on their own, but they also need to be loyal to their handlers and to obey commands.The dog must be willing to work and hearty enough to be out in the field, sometimes for hours at a time.

Handlers, too, go through grueling training that includes orienteering and first aid for both people and pups. Like their dogs, they are tested and certified, and they must be fit and willing to work outside in all kinds of weather. They also need to be ready to deal with whatever their dogs might find and part of their training includes how to secure a scene, how to make notes on the condition of the body and the area, and of course, how to contact the proper authorities. Until proven otherwise, every death scene is a crime scene.

Dog and handler work as a team and provide invaluable assistance, often giving the family of the missing answers and closure. It’s important work. Every person recognizes that. To the dogs with their incredible noses, their no-hold-barred energy, and their never-ending enthusiasm, it’s all just a game. 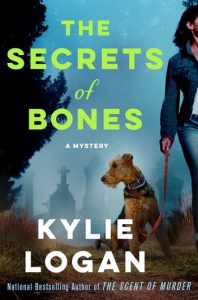 KYLIE LOGAN is the national bestselling author of the Jazz Ramsey Mysteries, The League of Literary Ladies Mysteries, the Button Box Mysteries, the Chili Cook-Off Mysteries, and the Ethnic Eats Mysteries. Her newest novel, The Secrets of Bones, is now available from Minotaur Books. 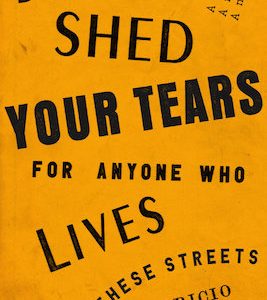 Throughout his life, Linden has always thought of literature as something more than a distraction; in fact more like something...
© LitHub
Back to top