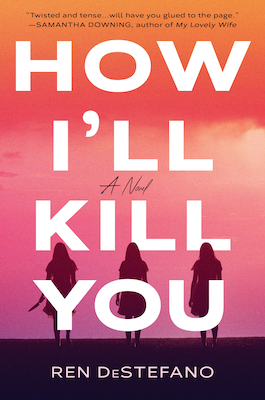 The following is an exclusive excerpt and cover reveal from How I'll Kill You, by Ren DeStefano. In the following passage, a chance encounter changes everything for a cynical narrator with a dark secret. Ren DeStefano lives in Connecticut, where she was born and raised. When she’s not writing thrillers, she’s listening to true crime podcasts and crocheting way too many blankets.

“What about that one?”

My sister whispers into the phone as though anyone but me can hear her. She’s excited, and I feel my own heart starting to race at the prospect of what’s about to come. I’ve only helped identify the mark before. I’ve never picked one for myself.

I’m sitting alone in a booth at the roadside diner, cradling a lukewarm cup of black coffee. It’s Saturday and there’s a lunch rush. Forks and plates and laughter all around me. A little girl keeps turning in her booth to smile at me. She holds up the drawing she’s made on her paper placemat and I flash her a thumbs up. She giggles and turns back to her family.

“Which?” I ask. My Bluetooth headset is hidden by my hair. When I look to the window, I catch my faded reflection. Dark curls. Small-rimmed glasses with a slender frame. They’re cheap readers I bought in a gas station six states back, and even though they’re the lightest corrective lens I could find, my vision is still blurry when I look through them. Beggars can’t be choosers. We were limited to places that wouldn’t have surveillance cameras, which meant only stopping for gas in the middle of nowhere.

I don’t look like myself. It took an hour to curl my stubbornly-straight hair, the curling iron charged in the car’s cigarette lighter. I burned my neck twice, and I can feel the sore starting to rub against the collar of my blouse.

My identical sister is watching from the blue sedan in the parking lot. Even with these lenses, I see everything and so does she. No one draws a breath near us that we don’t know about. 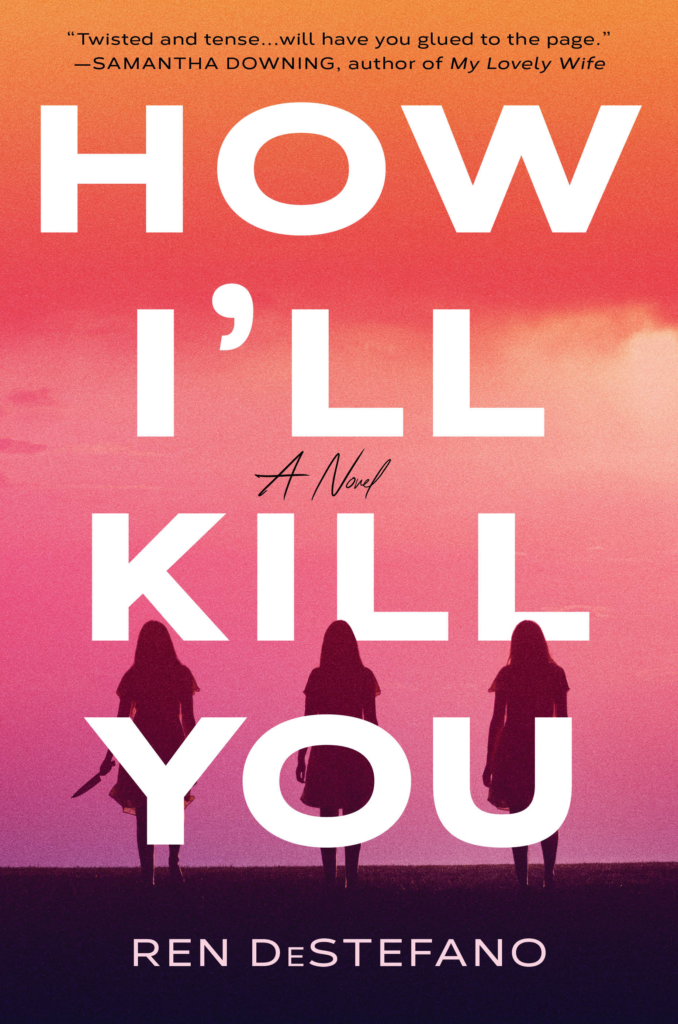 I can’t see her from here, but she can see me. She has ways of surveying everything. Every mirror in the car is adjusted just so. She knows where to park to get the best view. I chose a seat by the only window with broken blinds.

“Red jacket at the bar,” she says.

I know who she means. Red Jacket has been sitting there since I ordered my first refill. He touches the straw in his half-empty glass of ice water and scrolls through his phone. It’s been a good ten minutes and he hasn’t ordered anything. I shake my head. No good. He’s waiting for someone. Probably a date. He doesn’t have a wedding band. Wives are messy but girlfriends are even messier. Worst yet—siblings. The best mark is someone who is utterly and completely alone.

Maybe this diner was a bad idea. I’ve been in Rainwood for less than two days, and already I can see that it’s a family town. This place is crawling with kids. Everyone is dressed like they’re going to church.

The bell rings as a new patron enters, and I raise my eyes over the rims of my glasses.

He enters the diner shrouded in a beam of afternoon Arizona sun. For a moment I think he’s looking at me, but then I realize he’s eyeing the motorcycle in the parking lot through my window. His? No. He’s got car keys in his hand. No helmet, and his hair is neatly trimmed and combed. He wears it coiffed, but I can see that it would be curly if he let it out. Thick chestnut waves just starting to form before they’re cut short.

He’s got a square jaw, cheeks flushed by the waxing summer heat. Muscles and a blue button-up shirt. His eyes are bright and brown, lit up like there’s a sun behind them. All of him glowing.

I imagine what he will be like: He has a mom who loves him. He calls her on Sundays. He crouches down to pet dogs when they strain on the owner’s leash to sniff his shoes. He drives with the windows down and the sun beating hard on his skin, and he sings along and knows all of the words. Our eyes will meet from across the room at a dinner party and he’ll wink at me before turning back to his conversation.

There’s a girl somewhere out there who broke his heart. He still feels it, a little knife twisting deep in his chest when he’s reminded of her. But he’ll never let on. He won’t tell me about his past for a long, long time. After spending the day together, we’ll sit in comfortable silence and he’ll feel vulnerable, and he’ll take a deep breath and say, ‘can we talk?’

Moments yet to come flick through my head like shutter clicks from an antique camera, and I realize that he has always been in me.

An old doo-wop song is playing softly, barely audible among the din, and at once it’s as though a church choir is humming it just for us.

He doesn’t see me because he isn’t supposed to. Not yet. I am just a tiny little planet in a black, black galaxy, surrounded by debris and dead stars. But I see him, and that’s all that matters. 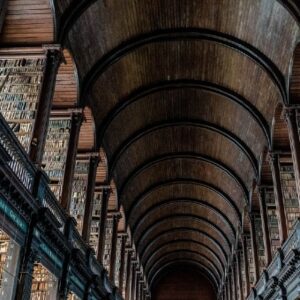 Pages Upon Pages: 5 Favorite Books-Within-Books Metafiction is the ultimate analog binge-reading experience, and we love literary inception in our reading diet, and a lot of it. As unapologetically...
© LitHub
Back to top