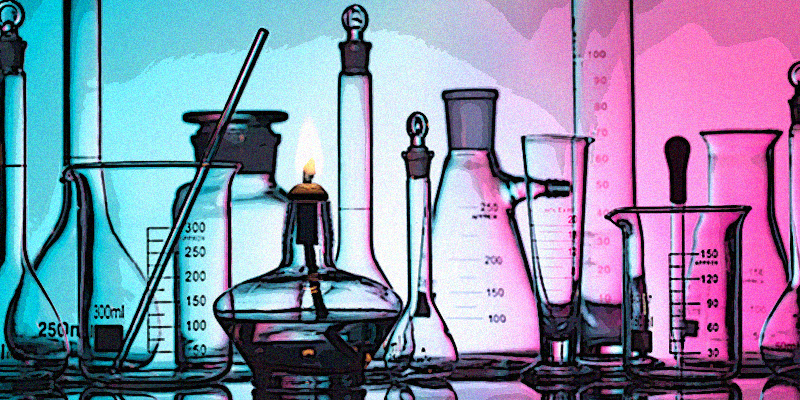 "Criminalizing science tends to be about control, not ethics."

My debut novel, The Awoken, is a different kind of science fiction in that it is actually about an absence of science. Despite the story being set a century into our future, most scientific and medical innovation has been halted, and in some cases even made illegal. The story is centered around a young woman who dies and then is brought back to life from cryogenic preservation a century later. The issue is, in this future world, it is illegal to be a resurrected person. The technology to resurrect humans from preservation has been discovered, but the science has been criminalized due to society’s fear of wielding such a Godlike power. The result is that the millions of people who are only alive because of this prohibited science are considered illegitimate and are to be killed on sight. It is an adventure-driven, high-stakes, quick-paced novel full of romance and plot twists as our girl fights against an authoritative government for the rights of resurrected people. However, like any good science fiction, at its core is a story that serves as an allegory for modern issues we face. Through writing this novel, I set out to examine the ethical debate of scientific advancement as well as the growing fears around suppressing access to medical procedures, something highly poignant in this post-Roe world we’ve found ourselves in. The central question being, should we ever make science a crime?

We’re living in an era where science is moving at lightspeed. We are the ones holding it back, like an old cracking dam. In the middle of the 20th century, science was widely seen as a new and fun tool to make life easier for everyone. Even President Ronald Reagan—and who doesn’t love that guy—signed a bill that prohibited the regulation of scientific research. Today, we’re moving further and further away from that ideal. In the last two decades, popular opinion on science has wavered, with one VCU study showing a majority of people believe that “scientific research these days doesn’t pay enough attention to the moral values of society.” With that shift has come more restrictions on science, along with less access to potentially lifesaving medical procedures. We’ve known how to clone humans for a quarter of a century, so why haven’t we? Sure, maybe the ethics around a colony of narcissism-induced clones is debatable, but at the very least using cloning technology to allow for perfect organ replacements or to personalize medicine in a way unmatched today would only save lives and prevent tragedy, right? Alas, in some cases, dabbling in cloning technology at all is considered so immoral, it’s impossible to be funded and in other cases, it’s downright illegal. Similarly, stem cell research was so reviled when it first was introduced to the world that its progress was set back decades.

For The Awoken, I looked at the emerging field of cryogenic life extension science, which essentially means the ability to freeze yourself to be brought back when there is a cure for your disease or other necessary medical advancements. Currently, this science is on the cusp of some huge breakthroughs. Every year we see a trial that has successfully resurrected a more complicated mammal. Human resurrection can’t be too far off. How amazing, and utterly terrifying would that be, if we could essentially decide when, or if, we wanted to die? In my novel I constructed such a world and, following real world trends, imagined what would happen if we then rejected such an advancement. Whether cryogenics, or another kind of scientific advancement, the criminalization of science is a future that is all too plausible, and one that I’m terrified of, which is why I decided to write about it. After all, that’s what the genre of science fiction does best—address our greatest fears.

I’ve been magnetically drawn to and devoured science fiction stories since I’ve been able to read. My main fascination is how a gripping, entertaining story set in a faraway world can so clearly reflect on our own lives, allowing us to see with a new perspective. Classic science fiction, from Frankenstein to 1984, has always reflected our current fears. Starting in in the late 19th century, as scientific discoveries boomed and the technology from those discoveries started working their way into households, a commonly examined fear was that humans would one day go too far with science, forgetting what it means to be human. Times change. Fears evolve. There’s an entire murder investigation driving the plot of Frankenstein, but never once do any of those police officers turn around to the good doctor and place him under arrest for daring to make such a monster. Frankenstein’s only reluctance in telling the truth about his creation is that people would label him mad, not criminal. By the end, he even goes to a judge and confesses: So, look, I made this human out of dead body parts and he’s really violent and you should do everything you can to stop him (paraphrased a bit). The judge couldn’t care less about Frankenstein’s unethical use of science as Mary Shelley was interested in other dilemmas. But I wonder, based on the ethical concerns we now face, if Mary were writing that novel today, would she make the same decision?

After a hundred years of stories warning us of the unwieldy power that science promises mankind, we have returned to our medieval roots of criminalizing science itself—a modern day version of Galileo’s persecution. In The Awoken, I am no longer questioning if we can lose our humanity with scientific progression and access to medical innovations, but wondering if we actually lose our humanity in trying to curtail it. What happens when we make science a crime? Well, firstly, it tends to only be a crime for those who aren’t among the rich and powerful. The overturning of Roe will never prevent the daughter of a wealthy politician from getting a needed abortion. Criminalizing science tends to be about control, not ethics.

There’s no black and white answer. Of course even the most well intentioned scientific research when placed in the wrong hands can have catastrophic ramifications. Very real risks have reset the 20th century assumption that science should be left to its own devices. How can we justify the study of biochemical engineering to save lives when it is turned around and also used for genocide and warfare? The fact that humans are capable of horrific evil proves that there is certainly a compelling argument for the regulation of scientific research, but most experts believe that the regulation of science should be left to the scientists, not politicians.

I first started writing The Awoken years before the Supreme Court overturned Roe. In the novel, there’s an eerily similar Supreme Court case that is overturned, allowing for the condemnation of all resurrected people. I’m continually terrified how close the dystopian world that I dreamed up is becoming real. There probably is a line we can cross in the pursuit of progress in which we sacrifice the indescribable thing that makes us human. But I also think we need to consider that, in the pursuit of avoiding that line, we’ve already strangled out our humanity by forbidding progress that can save and improve lives. As it plays out in my book, once we set down the path of criminalizing science, it’s very hard to turn back, so it’s prudent to fully understand our actions before it’s too late. Through science fiction, we can safely explore these questions, envisioning such a future before ever having to live it. Because that is, and always has been, storytelling’s core purpose: to let us fully immerse ourselves in our fears through fiction so we can make more informed and empathetic choices in the real world. 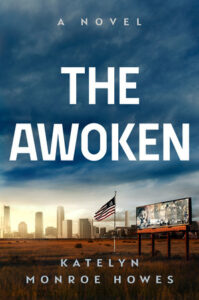 The Awoken is the debut novel from Katelyn Monroe Howes, an LA based award-winning writer and Emmy-nominated documentarian. An Atlanta native and alum of NYU, Katelyn co-founded 1/27 PICTURES, a documentary production company. Her work often tackles systemic inequities and combats uninformed bias as she strives to tell stories that upend the status quo.

Juvenile Delinquency and the “Sinister Adolescents” of Moonrise Kingdom 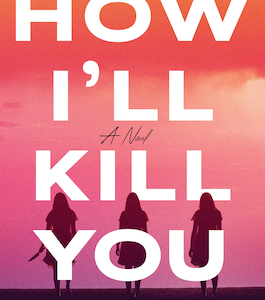 “What about that one?” My sister whispers into the phone as though anyone but me can hear her. She’s excited, and I feel...
© LitHub
Back to top