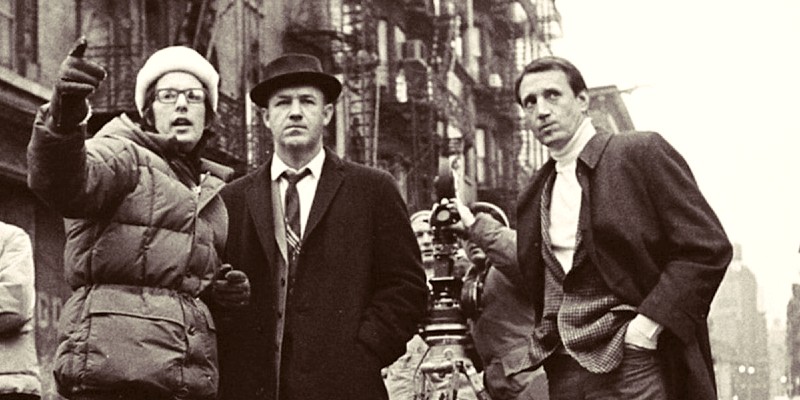 William Friedkin's 1971 masterpiece is all about the chase. That's what distinguishes it from everything that came before and after.

Much has been written about the style and mood of William Friedkin’s The French Connection (1971).  Commentators are fond of identifying influences ranging from Costa-Gavras’ Z and the Maysles brothers work, to the more recently noted Kartemquin documentaries of the 1960s. There’s been a great deal of talk about long takes, overlapping dialogue and the film’s “gritty” verite style generally. What’s so interesting to me, however, is how the elements of cinematography and sound establish the important formal elements of the police procedural in The French Connection. The scenes unfold in a manner so completely artful and seamless that we forget we’re watching a Hollywood cop film. Indeed, what’s unorthodox (and liberating) about the film is not that it deviates significantly from the procedural formula, but that the elements of formula are artfully hidden in its style.

The opening Marseilles scene, and the shakedown at the Oasis bar that follows, establish some narrative basics common to the procedural. So far, we know we’re in the gritty world of undercover narcs who will most likely encounter something outside of their usual experience, something international, something “big.” None of this is especially imaginative or atypical. But the foot chase that follows the shakedown introduces a few elements unique to the narrative. First, it initiates a trope that works in tandem with the visual style of the film, pursuit. Yes, most cop films involve pursuit of some sort, but pursuit in The French Connection represents something larger. In fact, for Popeye and Cloudy chase is the heart of investigatory work. They walk, run, drive, stake-out, ride subways, and generally tail their quarry. Such scenes occupy the bulk of the screen time. There’s precious little gun-play and virtually no tough guy talk in The French Connection. No suspect is ever braced or interviewed formally. And when there is some dialogue between cop and con, like at the close of the foot chase scene, the film seems to make a point about its uselessness. (The “pick your feet in Poughkeepsie” comment is to this day still an enigmatic remark, and the cops get nothing important from the pusher they arrest.) But we are introduced to their singular metier: chase.

It’s this element that drives the story, again in some degree like many cop films, but in far greater quantity, and in a manner that serves the stylistic innovation for which the film is so notable. As viewers, we never tire of the relentless pursuit, nor do we lament the absence of any profiling, interrogation, cop fraternity, or even the sex and romance common to so many procedurals of the era. This is because the formal feature of pursuit, the detective work at the heart of the film, operates in the service of the film’s style, or look. In the first twenty minutes alone, Popeye and Cloudy follow Sal and Angie across locations in Times Square, the Lower East Side, Little Italy, Brooklyn, and the Upper West Side. We get swept up not in the dialogue between the cops—or in the commission of any actual crimes—but in the locales and in the way they are presented to us, as naturalistic tableaus often filmed in hand held shots. Actually, Doyle and Cloudy say little to each other during this first twenty minutes. They simply follow. The locations, the neon lights, the grey urban landscapes, and the cars and bridges together form a varied terrain that shapes the aesthetic of the film and simultaneously serves the formal narrative function of pursuit/detection.

Interestingly, neither Sal, Angie, nor Joel Weinstock utters a single audible word by this point, nor have they committed a crime. Rather, it’s the visual tableau, the film’s much-noted “verite” aesthetic, that propels the narrative, not a criminal backstory or a crime witnessed by cops, or even a credible lead. Initially, the cops’ boss, Simonson, tells them that they “couldn’t bust a three-time loser” with the weak evidence they have on Sal or Weinstock. And though the first chase ends in a most uneventful moment that would seem to support his assertion (Sal and Angie stuffing the newspapers they sell into the front sections) the cops know that the tail has paid off. It’s led to the Weinstock connection.

The varied landscapes of the film through which the constant chase is conducted, brilliantly shot in their natural dreariness by cinematographer Owen Roizman, should also be understood as a formal narrative element relating to the cops’ ability to pursue the criminals. Until now, the detectives have been confined to Brooklyn, in fact to Bedford-Stuyvesant, and so they must lobby Chief Simonson for a detachment in order to make a plea for the case. But Simonson is reluctant to allow the cops to go beyond their district, and he supports his logic through chastising the cops who bring in only small-time hoods and dealers, though he concedes that they lead the department in arrests year after year. At the risk of over-reaching here, I propose that the expanded geographical jurisdiction, which the Chief wisely approves in the end, serves the narrative demands of the film as much as it does the work of Popeye and Cloudy. The cops need to follow the chase wherever it takes them. It’s what they do: chase. And it’s the chase itself that shapes the film’s distinctive aesthetic—the under-lit interiors and the sunless and frigid exteriors of the many locations across the city, sites that take the cops well beyond their usual beat, to places both above and below ground.

It’s also clear early on that that non-diegetic sound is crucial to the formal elements of the procedural in The French Connection. Again, the cops don’t do a whole lot of talking. Their continued pursuit of Sal, Charnier, and Weinstock is characterized by a conspicuous lack of dialogue, in fact. But it’s the score by avant-garde jazz composer Don Ellis that aids in creating both the tension and movement necessary to narrative development. It all begins at The Chez, where Popeye and Cloudy go for a drink on the night they arrest the pusher. Here again the formal elements of the genre, in this instance a hunch that leads to a chase, are presented without much dialogue. Popeye tells Cloudy he recognizes “at least two junk connections” at Sal’s table. But as he locks onto his quarry, the diegetic music of the Three Degrees’ “Everybody’s Going to the Moon” fades out and Ellis’ high pitched, electronic dissonance rises. We watch people talk at Sal’s table, but we only see their mouths move. This technique is repeated in the scene where Popeye keeps tabs on Charnier while he dines at Le Copain, and in places elsewhere where neither the viewer nor the cops are privy to an important conversation.

Instead, it’s Ellis’ atonal score that heightens the tension in so many of these scenes, creating a narrative momentum where it wouldn’t exist otherwise. For example, consider again the scene in which the cops first follow Sal and Angie. On the surface, it’s little more than a slow speed tail scene around town. Nothing substantive really happens, and all the cops see is a possible “drop” in Little Italy and a car switch. At one point, Cloudy nearly falls asleep. But Ellis’ baleful brass notes and discordant passages are used to enliven the scene, to give it tension and motion. There’s a kinetic feel to it that belies the slow speed nature of the “chase.” I won’t discuss in detail the several other scenes in which the score heightens the action and supports the element of pursuit, but it happens throughout the long tail of Charnier and company around town, in the stakeout of the drug car, in the Ward Island scenes, and in other places.

It’s true that there are a few stock elements of the Hollywood procedural in places, but they seem perfunctory and cliché (almost bogus by design), and it’s not at all clear how they function formally in the genre. Simonson plays the role of the combustible chief at odds with the detectives in two separate scenes, the second of which seems entirely unnecessary. He removes the cops from special assignment, but there are no repercussions to follow. Popeye is immediately targeted by the sniper and the case simply resumes without further comment from the Chief. (The cops never go “rogue,” as it were.) Cloudy performs some clever detection in places, like in the scene where Devereaux’s car is examined. But such elements are rare. No, the film constructs its formal genre elements principally through its style, not through dialogue or the conventions of the procedural like interviews, profiling, tough-guy talk, or even violence (of which there is comparatively little).

Together, Ellis’ avant-garde score and Roizman’s changing landscapes, themselves a sort of kinesthesis created through editing, propel the narrative action in a way few other films have ever done. Simply put, this is why The French Connection is so important to the Hollywood police procedural. Its formal elements are embodied principally in the style, something so rarely seen, either before or since.

Chris McGinley's Coal Black (Shotgun Honey, 2019) is a collection of crime stories set in the hills of Appalachia. His work has appeared in Mystery Tribune, Mystery Weekly, Tough, and other forums. He teaches middle school in Lexington, KY where he lives with his wife. 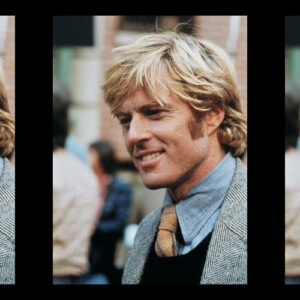