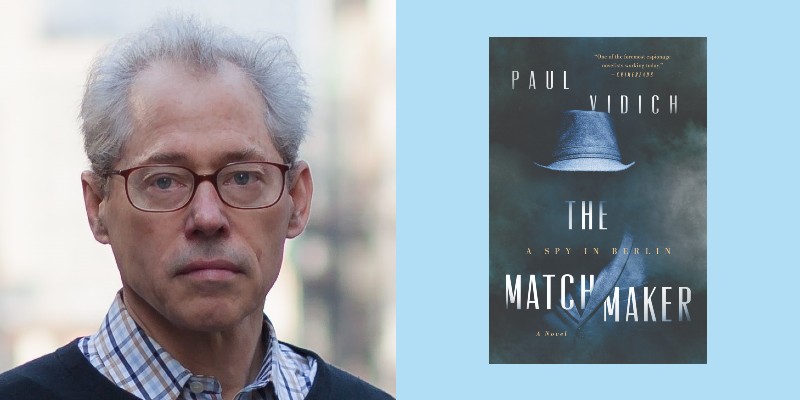 A conversation with novelist Paul Vidich and an exclusive cover reveal

In Paul Vidich’s latest novel, The Matchmaker (February 2022), an American woman working as a translator in East Berlin in 1989 discovers her husband missing, then discovers that he was an East German spy who targeted her for marriage as operational cover. She agrees to help to help the CIA investigate the Stasi spy chief who ensnared her in his “Romeos” network. Here, we have an exclusive first look at the book’s cover and a conversation with Vidich about his growing body of work, the ethics of espionage, and the allure of spy fiction. 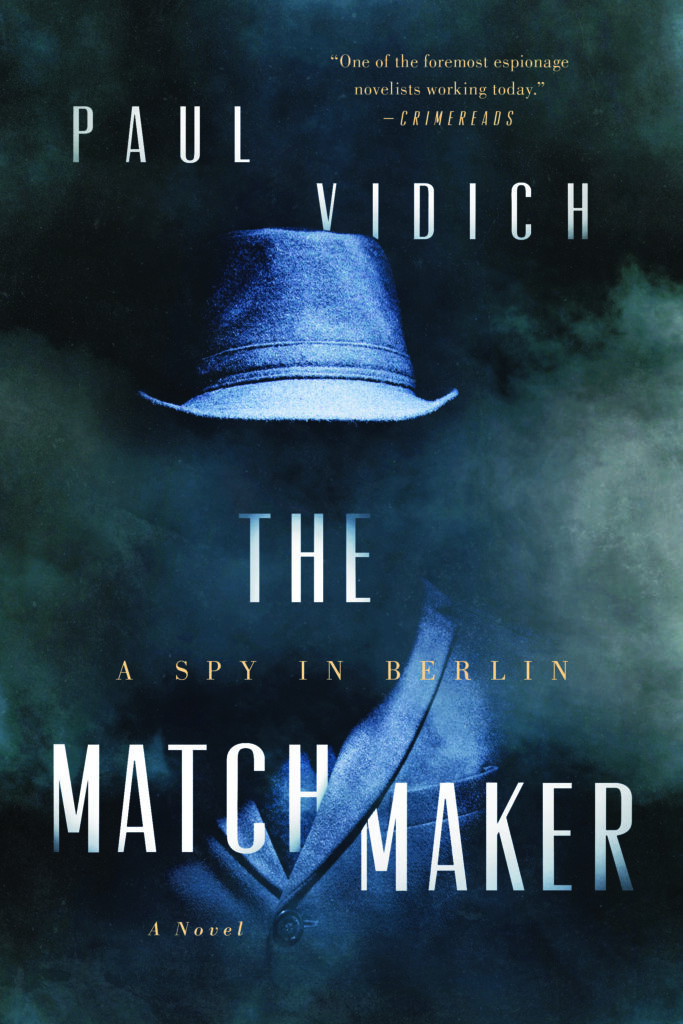 Where do you see your books in the canon of spy fiction?  What interests you about this genre?

My books explore the moral landscape occupied by intelligence officers charged with defending national security, a landscape that exists at the border of principle and law, where men and women often behave like legally sanctioned criminals.  I put a human face on the Cold War by focusing on the psychological burdens of my characters. Doubt and paranoia are bred in a culture of secrecy as is a sophisticated amorality of the men at the top of the intelligence bureaucracies. These men invariably bring some of that darkness into themselves, suffering the moral hazards of a line of work that sanctions lying, deceit—even murder. The interplay of state secrets and individual lives is what interests me about spies.

What do you see as the specific themes of each of your novels? What and why are you exploring?

What do you think draws readers to the literary spy/espionage thriller novel?

I believe that readers are drawn to espionage fiction for its international intrigue, seductively glamorous settings, its darkly alluring world and because the best novels of the genre explore the moral hazards of the work.  Double lives straddle the lines between the imposter and the private person and men and women often find themselves in extreme situations making extreme choices beyond the boundaries of civilized behavior.  Ambler and Greene explore the hard moral choices that are part of the spy’s dilemma.  The best spy novelists deliver well-written and inventively plotted stories, but they also give us characters who struggle with the hard choices that their work requires of them.

What are some examples of espionage in the real world? How does the fiction inform real life or vice versa?

Espionage fiction often holds up a mirror to the world we live in.  The murder of bioweapons scientist Frank Olson in 1953 has come to embody our collective fascination with the Cold War’s darkest secrets and it has shined a bright light on the dubious privileges men in the CIA gave themselves in the name of national security.  The murkiness of the case, even at a distance of sixty-six years, still attracts great interest.

Olson’s murder was perhaps the first example of an extrajudicial execution, but there is no shortage of headlines that attest to the fact that dark forces are still at work.  There is the recent case of the murder of Jamal Khashoggi, the Washington Post reporter and Saudi citizen, executed in Turkey by agents of the Saudi government. And there is the case of Aleksandr Litvinenko, the former FSB officer, poisoned with radioactive polonium-210 in 2006 on orders from the Kremlin.  Extra judicial executions have one thing in common.  The killings are done by individuals acting under orders from government authorities without sanction of any legal process.

Any final thoughts about your love of spy fiction?

Spy fiction offers a tasty cocktail of intrigue, politics and sex and opens a window onto a world that is at once arresting and dangerous, and allows us to live vicariously through its characters. They exist outside the boundaries of everyday life and so offer what good literary fiction should, a bit of escapism while leaving the reader to ponder the dilemmas and questions raised by the story. 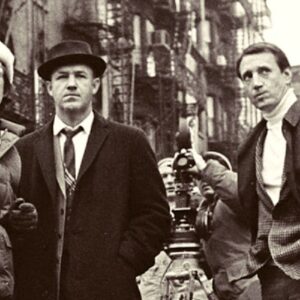 Much has been written about the style and mood of William Friedkin's The French Connection (1971).  Commentators are fond...
© LitHub
Back to top