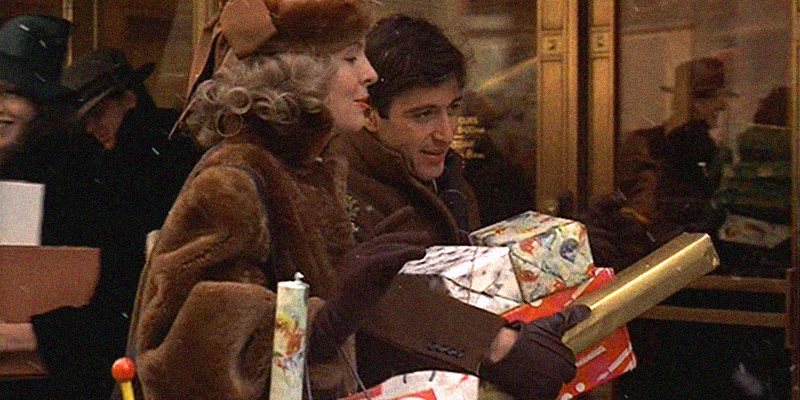 Every year, families gather 'round the hearth to watch the movie once described as a 'pornography of violence.'

It might be my favorite holiday tradition: with a wintry chill in the air, borderline irresponsible levels of food on the table, and your family, biological or otherwise, firmly underfoot, The Godfather Parts 1 & 2 both seem to just be on the airwaves…more. And in the case of Thanksgiving and the day after Christmas, AMC just happens to run a new holiday all-day marathon of the two movies (evidently, no one is thankful for Part 3).

I’m not one for looking a gift horse in the mouth (or ignoring a horse head under the sheets as the case may be) but I have started to ask myself: Why? What about The Godfather, a movie that does not particularly circle holidays, makes it so worth showing at the same time every year? When did we decide that this was a thing we were going to go all in on?

For the record, every person who I’ve asked has answered: “Family.” Which is sort of an answer, but is also sort of a terrible answer because I’m not sure if these people think we’re supposed to identify with the Corleones or be thankful that our family isn’t the Corleones.

Oddly, the other non-holiday movie that seems to pop up around the holidays is The Wizard of Oz, a movie that would never be classified as a “thriller” or “crime film” but does start with a dognapping and a murder-by-house, which then facilitates the theft of those epic ruby shoes. So maybe we’re all a little bloodthirsty around the holidays.

As a good millennial, I turned to Google for some answers. It appears that around 2010, AMC started its tradition of “Thanksgiving With Your Godfather” where the first two installments of The Godfather air on the channel all day long. As the popularity of the event became apparent, it spread to “The Godfather After-Christmas Marathon” on AMC, which also shows the film back to back (honestly, God bless AMC).

But the history of airing the film around the holidays goes back much farther than that. A 1974 article from The New York Times lamented the showing of the film on broadcast cable during hours when children might watch, racking up the body count of the film as a “pornography [of] violence” and whimpering, “This is family entertainment?”

I suspect the reason that this happens is probably largely more cynical than I want to believe (or explore in an article): the network knows that this draws an audience, and it’s enough of a solid airing to compete against other higher-profile showings (football games and/or treacly Christmas movies) that men might otherwise tune in to watch.

That’s probably a big part of the reason.

But cynicism at the holidays isn’t a great look, so let’s consider some of the wider reasons that have made this non-holiday movie a holiday classic.

1. It really is all about La Famiglia.

I don’t know that this column is the right place to go over the problematic history of Thanksgiving in America BUT at its best, the holiday is about celebrating gratitude for family and people in our lives. The core at the heart of The Godfather films is a love of family: it’s the thematic element embodied by Don Vito Corleone that gives the trilogy both its noble and tragic heart. (I would argue that Michael’s biggest flaw is his ability to recognize but not replicate his father’s strong, loving, and lasting family ties that ground even the most brutal of Vito’s actions.)

But despite the fact that Michael is molded in an imperfect image of his father, there’s something undeniable about the bonds of the Corleone family. “The Family” is often used as a euphemism for The Mafia proper but it’s also an accurate representation of the core of the films—we care about the Corleones mostly because they care about each other. (Not to mention the real-life role that many of director Francis Ford Coppola’s own family played in the trilogy.)

There’s a reason we don’t watch Goodfellas around the holidays, despite the fact that it’s also a classic American film about the Mafia: that reason is there’s something recognizable and beautiful in the Corleones’ love for each other.

2. It’s an American classic and it makes us feel more American, in the best possible way.

The Godfather trilogy romanticizes violence and the Mafia, an organization responsible for crime and many, many murders; at times, it sidelines its women and prioritizes toxic male behavior (although there’s a different article somewhere out there for the deconstruction of Sonny Corleone’s alpha male tendencies that led directly to his murder vs. Michael’s longer, more quietly-simmering beta-male boss energy); and you could make a strong argument that it oversimplifies the American immigrant narrative.

In a dark mirror way, it’s also a version of America at its best: with the potential for upward mobility, regenerative possibilities, and cultural melding points. It’s a movie that could only be made in America, and only about the American experience: Vito Corleone is firmly an Italian who lives in America, but one generation later, his son Michael is an American with Italian roots (again, much like Ford Coppola himself).

And the film itself is American at its best: creative, expansive, artfully made and acted, full of heart and yet full of critique (even for the country in which it was made). A truly American wonder of a film .

3. The holidays brings out the mildly violent feelings in us all.

There’s something cathartic about seeing Sonny Corleone (RIP) stomp the ever-loving shit out of Carlo Rizzi while your entire family gathers at the table and reenacts the dynamics of your childhood. Just kidding, Mom! Mostly just kidding. But for those of us getting a little irritated after a few days in close quarters, a little vicarious cinematic violence is just what we need to keep the peace.

4. We all think we’re the Michael of the family but most of us are probably the Fredo.

Obviously you want to be the Michael. You enjoy watching the film thinking you’re the Michael, that you could make these split second decisions for your familial empire when called upon, see sixteen moves ahead to the end of the game. But let’s face facts here. You’re reading a list article on The Godfather instead of talking to your family during the holidays or Taking Care of Business (wink wink, leave the gun, etc.).

You are definitely the Fredo. Avoid boats.

Even if you leave the dismal (or at least, severely misunderstood) third film out of the marathon, The Godfather: Part 1 and The Godfather: Part 2 have a combined run time of 375 minutes, or over 6 hours. When else are you going to have the time to watch two Godfather movies in a row, at precisely the moment you run out of things to talk about with your family?

Knackered after a big turkey/prime rib/ham/tofurkey dinner? The great thing about The Godfather on repeat is that if you pass out in a food coma, you can pick the film(s) right back up somewhere familiar when you come to. 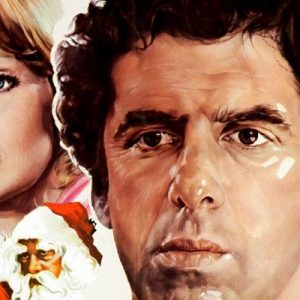 What’s that you say? You favorite Christmas movie is Die Hard? Well I’ll be damned. I’d never thought of that as a Christmas...
© LitHub
Back to top