Amita Murray on pleasure, power, and the women having sex in Agatha Christie novels.

So, let’s talk about sex.

One of the things editors and readers often say about my novel Arya Winters and the Tiramisu of Death is that there is rather a lot of sex and swearing in it, darling. Yes, it’s a crime novel. Yes, the crime has something to do with sex. No, the crime-related sex is never graphic. Up to here, everything is fine. Even for a village-y, (dare I say it?) cozy mystery. What’s not such an easy sell is that there is fun sex in it. A young, single mixed-race woman quite enjoys sex and she gets to now and again have quite enjoyable sex in the novel, some of it on the page. Herein lies the problem.

There are sex tropes in crime fiction.

The alcoholic, miserable, involuntarily celibate detective. Think Detective Inspector Alex Hardy (played by the sublime David Tennant) in the TV series Broadchurch. The idea behind this trope, the takeaway from it is that this guy is just such a gosh-darn GOAT detective, he’s so committed to his job that romance and sex have been sacrificed on the altar of his overflowing prowess. Lee Child’s Jack Reacher is the quintessential loner and knight-errant and his persona, too, bonds perfectly with this trope of failed relationships, of his work and his masculine, solitary aura being more important than connecting with a soulmate.

The femme fatale character in noir. Think of the brilliant Aberystwyth series by Malcolm Pryce in which the town’s not-exactly-sparkling Private Investigator Louie Knight has a hopeless crush on the nightclub singer Myfanwy Montez. Not only is the crush hopeless, but Knight is the king of destroying any and all glimmers of hope that might accidentally arise in his love life now and again. Very in keeping with the nihilistic world view of the noir, in which everything must die, but especially hope.

The not to be trusted woman. Psychological suspense, like Gone Girl (Gillian Flynn), They Never Learn (Layne Fargo) and The Swap (Robyn Harding), is riddled with examples of sex gone wrong. It is rife with women who play games, who manipulate, dissimulate and deceive and who use (or withhold) sex as punishment and revenge. Very much at the heart of this trope is the idea of untrustworthy women having all the wrong kinds of sex. And to some extent, using sex to control, manipulate and deceive. Sex equals affairs, it equals the illicit.

My quarrel with these tropes is that they are all looking at sex from the male point of view, the effect on men, the emotions of men, the feelings of men.

I worry that the simplistic formula—thriller equals thrilling, illicit, often controlling sex and cozy equals no sex—reflects the age-old maxim that bad girls (whoever they are) have sex and good girls (I’m still confused) don’t.

I worry even more that this dangerous maxim is reflected not only in genres and tropes of crime fiction but also in abiding social expectations and beliefs. In November 2019, I was part of a three-person Feminist Book Society event called ‘Let’s Talk About Sex’ at Waterstones in Gower Street, London, made up of the rather wonderful authors Lisa Taddeo and Luke Turner. Our panel facilitators Eleanor Dryden and Katy Loftus asked the sold-out crowd of a hundred plus (mostly made up of women, though I’m pretty sure there was one man, boyfriend, brother or friend, dragged in by someone who wanted to be there) a simple question. How many women felt comfortable telling their partners what they liked in bed? This was the question. One out of a hundred-plus women of all ages and sizes raised their hand.

Let me repeat this. One woman out of a hundred-plus crowd said she felt comfortable telling her partner what she liked or enjoyed in bed. It was an anonymous poll, as everyone was asked to close their eyes when they raised their hands.

This terrifies me. It raises questions not only of consent and aggression in sexual contexts, but also, and for a wide variety of women, questions about sexual pleasure, who controls it and who gets to have it.

So, am I on a one-woman mission to change these troublesome tropes? Well, no. Other authors are doing it too.

Odd as it may sound, women in Agatha Christie novels do have sex, just not on the page, and thankfully not all of it is horribly manipulative sex. Some of it is just good old fun sex. In The Man in the Brown Suit (my favourite Agatha Christie), the young protagonist Anne Beddingfeld falls in love at first sight, in the best tradition of women in fiction falling in love. They just know. She not only falls in love, she has agency in the man she chooses, and yes, there is sex going on behind the scenes. There are also laugh-out-loud novelists like Janet Evanovich and Darynda Jones who don’t shy away from the good old rumpy pumpy, though admittedly neither writes a strict cozy.

My female characters do enjoy sex and they’re not afraid to admit it. But it’s not all magical, soulmate sex. They get it wrong. They get turned down. They get confused between love and sex. Sometimes they have sex with people they love, other times it’s just sex for sex. Sometimes it’s curl-your-toes great and sometimes very, very excruciatingly average. And oh, sometimes they just get horribly, soul-crushingly lonely and yeah, that’s never a great reason to have sex, but hey ho, we’ve all done it.

Of course, I grapple with the question: how to maintain tension in a multi-book series? To maintain the tension, is delaying sexual gratification the only answer? My answer is to look at real life. Heart break provides the best sexual tension there is. Relationships not working out, people missing each other, the timing being terribly off, other important things getting in the way. The answers are all there. What I do strongly believe is that we authors need to question and disrupt the awful and boring formula that bad girls have sex and good girls don’t, and that there are bad and good girls in the first place. Let’s make way for what my wonderful editor Chantelle Aimée Osman (Agora Books) calls sex-positive characters in crime fiction, and heck, it can even be a cozy! 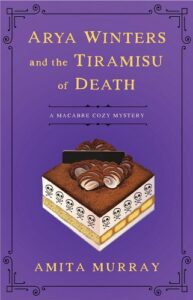 AMITA MURRAY is a writer based in London, by way of Delhi and California. Her first novel, The Trouble With Rose, was published by Harper Collins in 2019. Her short fiction won the SI Leeds Literary Prize, and has appeared in Wasafiri, SAND Berlin, The Berkeley Fiction Review and others. She's held writerly residencies with Leverhulme/University College London and Plymouth University/Literature Works, and has taught advanced fiction at the University of East Anglia and CityLit London. Find her online @AmitaMurray and www.amitamurray.com. 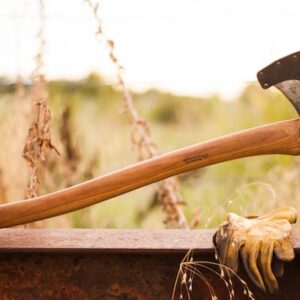 Whenever I think of the fall season, I always think of thrillers. Yes, there is football, and pumpkin-flavored coffee drinks,...
© LitHub
Back to top