Travel through time and space with October’s best international thrillers, some set in the past, and some concerned with fractured memory and never-solved crimes. Whether you’re interested in picking up a Nordic noir, immersing yourself in a French gothic thriller, or staying up late with a South Korean thriller, these international crime books are the perfect pulse-pounding reads to warm you up this fall. 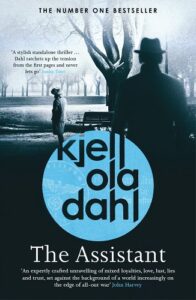 Sometimes a cigar is just a cigar, but in Europe in the late 1930s, a cheating spouse is never just a cheating spouse (especially when a PI gets involved). In this historical Scandi noir set during the darkest years of 20th century history, a cop-turned-PI and his nemesis-turned-assistant investigate a seemingly straightforward case that will soon lead them down a tangled path of ambiguity. While we’ve all been enjoying the Midsommar-inspired turn towards folk horror, The Assistant is classic Nordic Noir. –Molly Odintz, CrimeReads senior editor 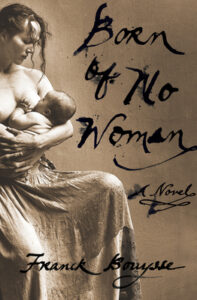 Franck Bouysse, Born of No Woman
Translated by Lara Vergnaud
(Other Press)

This book feels like the Marquis de Sade’s Justine if Justine had written it. Acclaimed French novelist Franck Bouysse tells the story of a teenage girl sold to a wealthy family with horrifying secrets in mid-19th century France. Silenced throughout her life, she records the astonishing misfortunes to befall her in a series of diary entries that show the author’s keen observational skills when it comes to class and gender. –MO 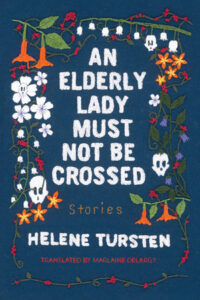 Helene Tursten, An Elderly Lady Must Not Be Crossed
Translated by Marlaine Delargy
(Soho)

I’ve been waiting for this one! After eighty-eight year-old Maud finds a dead body in her apartment, her life becomes a circus, especially because countless detectives with penetrating questions swarm about her, wondering if she has played any part in the mysterious death. After dodging their inquiries, Maud begins to recall her strange life—a life which has been oddly marked by death. In six interlocking stories that illuminate her past, as well as shed light on her present circumstances, we learn that no one should mess with Maud. Love it. Also, how cool is this… the entire cover is hand-embroidered by textile artist Sienna Clark?! –Olivia Rutigliano, CrimeReads Assistant Editor 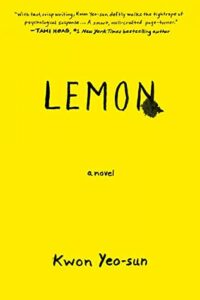 The latest Korean writer to make a worldwide splash is Kwon Yeo-Sun, a respected and popular author whose English-language debut, Lemon, is so taut and compelling I can only hope the translators are hard at work on her backlist. The gist is that a 2002 crime, the High School Beauty Murder, remains unsolved for 17 years. The narrative propeller of the book is not crime, or not just crime—it’s all of the stuff of motive, from privilege to vengeance. Lemon is a gift. Savor it. –Lisa Levy, CrimeReads Contributing Editor 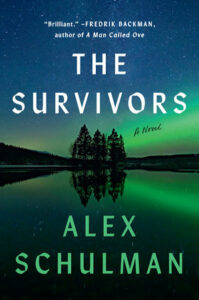 The Survivors, a bleak and beautiful tale of a shattered family and one terrible summer, brings new meaning to Scandinavian noir. When three brothers unite to scatter their mother’s ashes at their childhood summer cottage, terrible memories break free, and the three must choose whether to destroy each other with the splinters of the past or form a new path towards family and healing. –MO

So, let’s talk about sex. One of the things editors and readers often say about my novel Arya Winters and the Tiramisu...
© LitHub
Back to top