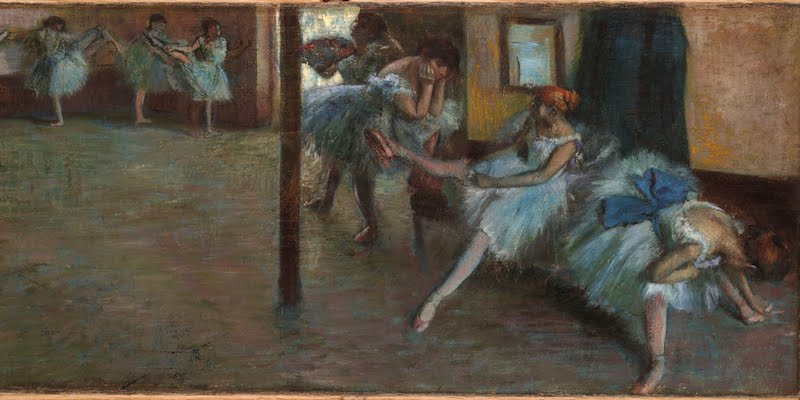 Nina Sadowsky on Artistic Reinvention and Her Many Careers

When I turned 40, I contemplated getting a tattoo of a phoenix. A massive one, the creature with its brilliant coloring rising from fire emblazoned across my sternum. The temptation passed, I opted for a couple of piercings instead. But the mythical bird’s image stuck with me.

I am all of my careers and relationships. Sometimes, one part of me needed to recede while another took center stage. Every shift presented its own challenges, even when love, opportunity or success was also a part of the package. Miscarriages, workplace harassments, job and personal losses as well as achievements, all also required reinventions whether large or small.

A badly torn hamstring catalyzed the first major change in my life. At 20, my injury forced me to abandon my dreams of becoming a dancer. I knew the injury was bad the moment it happened—I could hear the tear as I pushed my body to leap ever higher in the dancer’s ceaseless quest for perfection.

I started over as a law student because my father said he would pay for an apartment if I went—and I was shallow enough to take that deal. After years as an artist, the injury shattered my sense of self, and an incipient eating disorder reared its huge, ugly head. I battled back from that to begin a career as lawyer, finding work in-house at a couple of entertainment companies instead of at a law firm. I was at least near to the creative work I was deeply missing and I wasn’t bad at my job. But as I negotiated deals, planned strategy and drafted agreements I felt like an imposter housed inside a hollow suit.

With the sheer idiocy of youth, I declared myself an independent producer. The job description seemed like a combination of business and artistic skills, but I really didn’t have a clue what the work would entail. Nonetheless, I put faith in my instinct for story and my first film, a gritty drama about the impacts of drug addiction, Jumpin’ at The Boneyard, starring Tim Roth, Alexis Arquette and Samuel L. Jackson, premiered in competition in Sundance. In search of career opportunity, I left New York, the beloved hometown I’d sworn I’d never leave, for Los Angeles.

The filmmaker Lawrence Kasdan (Body Heat, The Big Chill, Raiders of the Lost Ark, etc.) served as an executive producer on Jumpin at the Boneyard and had just directed the actor Meg Ryan in French Kiss. She was looking for a producing partner and Larry offered to introduce us. Shortly thereafter, and eight months pregnant with my first child, I partnered with Meg. In the same week, I became president of her production company, Prufrock Pictures, and a mother. Brave as Meg was to hire someone so vastly pregnant, the damn kid came a month early, which required adjustment all around.

Suddenly I was balancing 200 phone calls a day with a nursing infant. Meg and I had a great five-year run together, producing four films and developing countless more. I even produced a second child. But when Meg decided she no longer wanted a company, I had to reinvent myself yet again.

While interviewing and networking for a new job, I began writing screenplays. After all I had read up to 20 scripts a week for eight years, which constitutes, in my mind, the best possible tutorial. As I wrote, my first marriage was falling apart. I saw a writing career as a chance to spend more time with my young children.

My first script was an adaptation of Pope Brock’s family melodrama, Indiana Gothic, a tale of political corruption, infidelity and murder at the turn of the last century that remains remarkably timely. The script remains unproduced, but got me representation and more work. I adapted multiple books, sold original scripts and took re-write assignments.

It all continued swimmingly for a while. I was paying the bills and I could pick my kids up after school. My divorce was finalized. I settled into the unbearable loneliness of not having my kids three days a week. Explored dating again. Took pole-dancing lessons. Embarked on the quest to discover who I was if I wasn’t identified either in tandem with, or against, my ex-husband.

The Writers Guild of America’s strike of 2008 knocked me sideways. The divorce had upended me financially and suddenly I couldn’t work as my industry shut down completely. Over the course of that year, I went through all of my savings; it’s amazing how fast it can go when you are the sole supporter of two children. I scaled my monthly expenses back to a third of what they had been, took some awful, humiliating jobs and worried constantly while presenting a stoic face to the world and especially to my kids.

I was restless again. In meetings, I felt “old and female,” a cruel reality in an industry that worships at the altar of youth and where the statistics about female employment speak horribly for themselves.

In the midst of this dicey period of my life, I found an identity I hadn’t expected. I became an educator. I’d been adapting Chelsea Handler’s My Horizontal Life when the writers’ strike stalled the project. The film’s producer, then chair of the department, invited me to come teach at the University of Southern California’s School of Cinematic Arts. January marked the beginning of my 10th year teaching at USC and education has become a vital component of my life.

Emerging from this spin cycle, I also met my now husband, and a mid-life remarriage and the role of stepmother were added to my multiple identities. But soon after, I was restless again. In meetings, I felt “old and female,” a cruel reality in an industry that worships at the altar of youth and where the statistics about female employment speak horribly for themselves. I believed I was writing better than I ever had, so I made a commitment to myself. I would carve out a window of time every Sunday to write a novel.

Writing fiction was something that had always been a dream of mine. My sole goal was to finish this novel. I threw away all expectations about outcome; I only hoped to rebuild my eroding love of my craft.

I chose a thriller because I’ve always loved the genre as a reader and because I began my book shortly after entering an impulsive “fairy tale” second marriage that turned out to be anything but, leading me to ask questions about the very nature of romantic relationships while I was feeling dire about my own. Blending a family of four teenagers presented challenges that threatened to derail my young marriage. so my weekly writing commitment became a much-needed escape. Those Sunday mornings produced my first book, Just Fall. The book’s details of murder, kidnap and extortion are of course not my story. But the themes definitely reflect the personal dilemma I was grappling with at the time: where are we willing to compromise ourselves in pursuit of romantic love?

The crime genre, with its extremes of emotion and stakes, is full of possibility for reinvention.

Working in the thriller realm lets me tackle weighty issues with gloss. It allows me to provide a delicious kind of wish fulfillment when the evil-doers are inevitably brought to poetic justice, and also shine a light on societal questions that interest me. The crime genre, with its extremes of emotion and stakes, is full of possibility for reinvention. My thrillers delve into questions of moral ambiguity, social justice, and changing identities. Is it ever okay to do the wrong thing for the right reasons? When should one compromise a personal moral code in service of the “greater good?” Can we trust our judicial system and what happens when it breaks down? Most of all: Can one start over and at what cost?

Catherine, the mysterious figure at the heart of my new thriller, The Burial Society, is a heroine far braver than I will ever be; someone who endures numerous upheavals and reinventions in her life, but who learns flexibility, resourcefulness and daring as a result… Catherine’s life looks nothing like my own, but her loneliness, determination, self-reliance, resiliency, guarded optimism and slightly reckless hedonism are qualities I understand deeply. I have both relied on and railed against these traits in my own processes of reinvention time and again.

Nina Sadowsky is an author, filmmaker, and educator. Her previous novels are Just Fall, The Burial Society, The Empty Bed, and Convince Me. She has written numerous screenplays and produced such films as The Wedding Planner. In addition to her role as program director of NYU Los Angeles, a "semester abroad" program for advanced students considering careers in the entertainment and media industries, Sadowsky also serves as the director of educational outreach for the Humanitas Prize, is on the leadership council of Creative Future, and is a founding member of the Woolfpack, an organization of women showrunners, writers, and producers committed to community and mentorship. 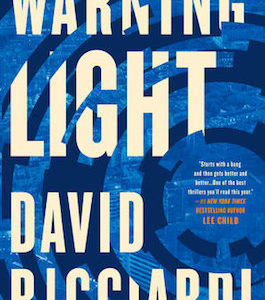 Area Control Center, Sector Two, was a cold, modern room dominated by computer monitors and communications equipment. The radio...
© LitHub
Back to top