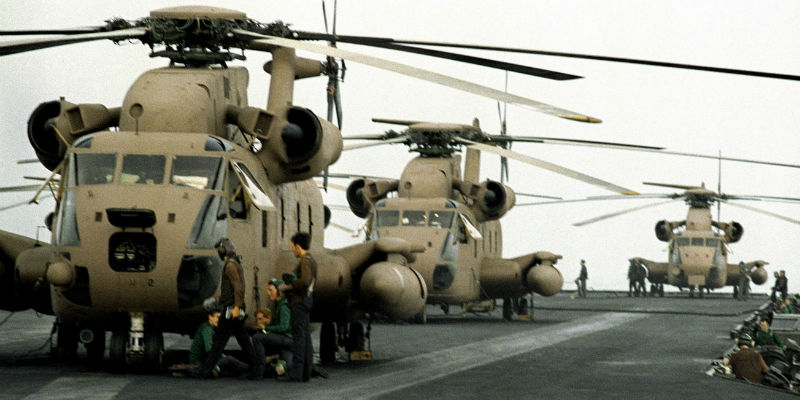 How to Rescue a Hostage

Researching the Dark World of Kidnappings and Hijackings

As an insatiably curious person, I tend to get a little carried away when I delve into a topic. Not surprisingly, I enjoy sharing the high points of the research in my novels. In preparation for writing the Freedom Broker series, which features an elite kidnap negotiator (Thea Paris), I became immersed in the world of kidnap-and-ransom.

Across the globe, approximately twenty-five to thirty people work as crisis response consultants, the industry term for elite kidnap negotiators—and that number is growing. Response consultants work for private companies, counseling their clients on travel safety—and when the worst happens, offering support and guidance to hostages and their families while negotiating for the release of the captives. Responders travel all over the world and risk their lives to help others; because kidnapping is on the rise, they are unfortunately in high demand. Paris is one of these experts, and she has a personal history with kidnapping, so she’s especially driven to bring hostages back home.

Worldwide more than 40,000 people are kidnapped every year, and this staggering number only reflects the incidents that have been reported. The actual number is much higher, as kidnapping has become an international crisis, especially in certain politically unstable parts of the globe. Why? In some cases, displaced military and police turn their security skills to kidnap-and-ransom to put food on the table; criminal organizations of all kinds and sizes abduct locals and tourists for quick cash; and terrorist organizations carry out kidnappings not just as a fundraising mechanism, but also as propaganda stunts. With little to no threat of punishment in some regions, these individuals and organizations can often kidnap at will.

For the last five years, I have delved into this dark world, interviewing crisis response consultants, former hostages, reintegration experts, psychiatrists who specialize in the captive’s mindset, K&R insurance executives, and the special forces soldiers who deliver ransoms and execute rescues. It has been a fascinating journey, inspiring and sometimes heartbreaking.

I’ve had the privilege of befriending several response consultants during this process. These specialists are patient, tactical, and brilliant at making decisions under enormous duress. They are usually fluent in at least one other language (and sometimes many more), as linguistic nuance can be critical in life-and-death negotiations. The backgrounds of these elite negotiators vary, but most have experience in the security arena, with résumés that include jobs at such organizations as MI6 or the FBI.

These specialists are patient, tactical, and brilliant at making decisions under enormous duress.

When building the character of Thea Paris, I drew on actual freedom brokers’ credentials and experiences. Like some of her real-world counterparts, for example, Thea worked with the Defense Intelligence Agency (the DIA) before taking on the role of a crisis response consultant. She has extensive training in negotiation, speaks seven languages, and is well versed in weapons and hand-to-hand combat as well as military tactics. When Quantum International Security assigns her to a case, Thea’s job is to negotiate for the release of hostages—and if that doesn’t work, to attempt a rescue. At a moment’s notice, she might have to grab a “go bag” and travel undercover to a remote locale because someone’s life hangs in the balance.

With the constant travel and danger, the long hours, and the intense stress of life-threatening situations, becoming a crisis response consultant takes a special commitment. In Thea’s case, she chose to become a freedom broker because of a traumatic childhood experience. When she was eight years old, her twelve-year-old brother was abducted from their home in Africa while she watched, frozen in fear. Her brother returned home nine months later, but after living as a child soldier, he was never the same.

Determined to help other hostages, Thea developed the skills necessary to become an elite negotiator. Kidnapping and its effects on the taken consumed her, and she came to understand captivity as a purgatory of sorts. Hostages are alive, but they aren’t really living, dependent on their kidnappers for everything, all freedoms snatched away the moment they are taken. Captivity is a brutal experience, subjecting hostages to mock executions, beatings, poor hygiene, terrible food, endless boredom, and many other hardships.

During my research, I had the privilege of getting to know Peter Moore, the longest-held hostage in Iraq—almost 1,000 days—and his story touched me deeply. Peter was taken with four British military soldiers, and he is the only one who made it home alive. He spent many months blindfolded and chained. To keep himself occupied, he caught mosquitos between his cuffed hands, trying to beat his daily record to keep his mind engaged. When the blindfold was removed, he spent endless hours staring at the cracks on the wall, designing an entire train system in his mind, which he was able to reproduce on paper after returning home. He also tried to befriend his captors so he could negotiate for small luxuries, like toothpaste and toilet paper.

He spent many months blindfolded and chained. To keep himself occupied, he caught mosquitos between his cuffed hands, trying to beat his daily record to keep his mind engaged.

Being held captive is difficult under any circumstances, as humans are programmed for fight or flight—or freezing—under extreme stress. But when you’re kidnapped, you can’t do any of those things without placing yourself in serious jeopardy: fighting is usually out of the question; if you attempt an escape and fail, you might be killed as an example to dissuade other hostages from following suit; and it’s critical to maintain structure in your life as a captive, exercising regularly (if possible) and keeping your mind active. Most importantly, you must maintain the hope of returning home. You need to summon all your survival skills and endure countless adversities—including the stress of waking up every day wondering if this day could be your last—to stay sane and survive.

In the second book of the series, I dove straight into the world of aircraft. I wanted to explore flying risks (including skyjackings), the history of flight, and the many intriguing technical aspects of aviation. To ensure I had the details correct, I spent a lot of time speaking to aviation gurus Bill Scott and James Hannibal, both talented authors in their own right, to gain insights into aerobatic maneuvers, how to disable a plane’s electrical system, the nitty gritty of landing a plane in extreme circumstances, thunderstorm penetration speed, the dramatic display of static electricity on a windscreen, and the deafening noise created by hail hitting a fuselage.

My research into recent examples of aviation-related kidnappings was particularly fascinating. Operation Entebbe, one of the most audacious and destructive counterterrorist hostage rescue missions—carried out at Entebbe Airport in Uganda by one hundred commandos of the Israel Defense forces—offered insights into how such a mission unfolds and what the consequences of a military rescue are. The vanished Malaysian flight 370 led aviation experts on an emotional multiyear hunt for answers, exposing a murder–suicide plot as the probable motive for the tragedy. That and the case of Andreas Lubitz, the pilot who deliberately crashed into the Alps, killing all 150 passengers on board, left me wondering about the attention given to the mental state of pilots. In a world of increased security measures, how could these events happen? Using these past incidents as a leaping-off point, I imagined a “what if” scenario involving Thea Paris and two former child soldiers in her care, on board a plane that was hijacked. And Skyjack was born.

Skyjack also features two secret stay-behind armies from WWII, an astonishing and little-known part of twentieth-century history. Established in a joint effort by MI6 and the CIA, these secret militia were supplied with hidden caches of weapons and told to be vigilant against the spread of communism from the Soviet Union. There is evidence that these groups were still active into this century, so I used a little literary license to keep them active today. The Austrian and Italian branches go head-to-head in an epic battle for control of a weapon of mass destruction, with Thea caught in the middle.

In our busy lives, reading is a luxury, and when I make time for it I enjoy being entertained and educated at the same time. My favorite books in genre fiction are those that surprise me with interesting facts, a little knowledge mixed in with the escapism. I feel the same way about writing fiction. The intensive research I’ve done into kidnapping changed my life and my outlook on the world. As I’ve heard the stories of countless families, like Thea’s, that have been torn apart by kidnapping, my passion about this issue has only grown. I hope that the intensive research I’ve done and the novels I’ve brought into the world help to raise awareness for people fortunate enough that kidnapping remains an experience that happens only to characters in the books they read.

K.J. Howe is the executive director of ThrillerFest, the annual conference of International Thriller Writers, and the author of the Freedom Broker series. She is an avid traveler who has raced camels in Jordan, surfed in Hawaii, and dove with the great whites in South Africa. Her latest novel is Skyjack. 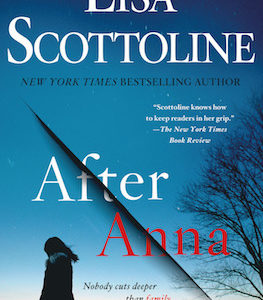 TRIAL, DAY 9 Noah waited alone in the bull pen, a secured detention area of room-like cells on the bottom floor of the courthouse....
© LitHub
Back to top