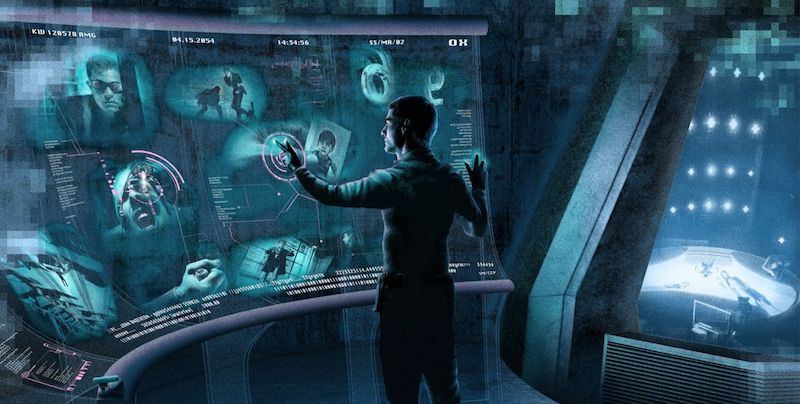 "It isn’t so much about what’s possible, but what’s plausible."

I grew up on a steady diet of science fiction stories.

Our library had a paperback book exchange program in the basement, off in the corner. The deal was—you could take any paperback book and keep it for as long as you wanted to, as long as you left one in its place. This meant that you could buy one book at the start of the summer and read your way through the shelves, one volume at a time. I was able read at my own speed with no due date, deadlines, late fees, or book reports to write. As a kid I loved the free paperback program (not such a fan of it now that I make my living as an author).

In any case, over time I found that some of my favorite stories were those that took place not hundreds of years in the future, but in a future just around the bend, with storylines that could almost happen today. Maybe it was because I liked the easy believability of them, the way I could so easily see myself in them, watching the ending play out.

Now that I’m writing novels of my own, I’ve been thinking about the keys to creating a world that’s believable and realistic, especially regarding stories that occur within the next thirty or forty years.

How do you step into the future and create a resonant science fiction world for today’s readers? Here are seven pointers I’ve picked up over the years.

While it’s true that technological advances in microcircuitry have been moving at an exponential rate for the last thirty years, change on a macro scale is much slower. If you’re setting your book thirty years from now, remember that most of our infrastructure will remain in its current form. Yes, there will likely be more mass transportation, but there will also be more cars on the roads.

So, as you create your sentient robots, all-knowing AI, time machines, or social media nightmare scenarios, remember that we won’t all have flying cars, space travel to distant galaxies, or those jetpacks we’ve been promised any time soon.

In my latest novel, Synapse, I refer to slates, which are basically the tablets of the future. Who knows what phones thirty years from now or even five years from now will be able to do? Don’t make the smartphones of the future too dumb. If you can imagine it, there’s probably some software engineer somewhere out there who’s thought of the same thing.

So, when it comes to technology don’t try to get so specific that the technology will be outdated by the time the book comes out.

Here’s a prime example: years ago when I was writing my book The Rook, I thought it would be cool if someone could look up a song online just by humming it and search using sound-based search algorithms rather than just text-based ones. Cutting-edge, right? Well, as I was writing the manuscript, that technology was released. If I’d included it in my book as something new or innovative, readers would have shaken their heads: “They’ve been able to do that forever.” It’s important to keep an eye on current trends and technological breakthroughs.

3) Root your science in actual advancements.

Michael Crichton was a master at this. Even though he didn’t necessarily write books that happened in the future, his science thrillers built up all of their plot points based on real science so that when the jump into speculation occurred, it was believable.

For instance, in Jurassic Park, we could accept that science was able to clone animals from DNA and that there really are mosquitoes caught in amber. So, if we have dino DNA, why couldn’t we begin to clone dinosaurs? Step by step the science is built up around what we already know and then the final step into fiction doesn’t seem all that unbelievable. Which brings us to the next step:

In fiction, your story can be outlandish, but must not seem outlandish. It isn’t so much about what’s possible, but what’s plausible.

Here’s a surprising and yet tried and true method for making the outlandish believable: have an expert argue against it rather than for it. For instance, you could have one character ask a quantum physicist if time travel was possible. “No,” he replies. “It could never happen.”

“But maybe in ten or fifteen years if we—”

And readers are thinking, Oh yes it will!

Exactly the opposite will happen if you have the expert argue for the believability of the scientific leap. (Don’t use this trick all the time, but it’s good once per story.)

5) Remember to build in suspense.

Through empathy or sympathy, lead your readers to care about the character, then bring in some impending danger that puts the character at risk of losing something valuable. Don’t overthink things—sometimes it’s best to just ask yourself, “What would cause readers to worry about this character?” and then build your scene around those dynamics.

6) Explore the dark side of technology.

Allow yourself to ask “What if?” and then play things out to their logical conclusion. What if machines became cognizant and decided they wanted to believe in God? What ripple effect would that have in society? What negative consequences might it have? What implications would it have for your main characters?

Since stories are built around tension (that is, unmet desire) rather than simply events occurring, ask yourself what the negative consequences or implications this technological or societal change might have. Go ahead and explore what might go wrong, and play it out to its logical conclusion—no matter how dark that might be.

7) Remember that human nature will be the same.

In the future there will still be crime and there will still be those who sacrifice for the good of others. It’s a paradox. Our world is full of both grief and glory, horror and love. Money, or some form of currency, will still be around. We’ll still have selfish, greedy, and lazy people as well as hard-working, selfless saints. So take heart. If you write with an understanding of human nature today, readers will be able to understand and relate to your story that takes place in the future. 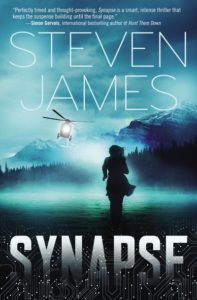 Steven James is the critically acclaimed, national bestselling author of seventeen novels. His work has been optioned by ABC Studios and praised by Publishers Weekly, Library Journal, the New York Journal of Books, and many others. His pulse-pounding, award-winning thrillers are known for their intricate storylines and insightful explorations of good and evil. His latest novel, Synapse, a near-future sci-fi thriller, is available now wherever books are sold.

My First Day As a Crime Scene Cleaner 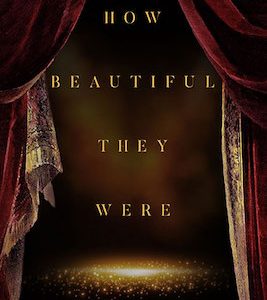 Who am I? It is a question Nathaniel the actor asked himself with every new character he was to play. It was also the question...
© LitHub
Back to top