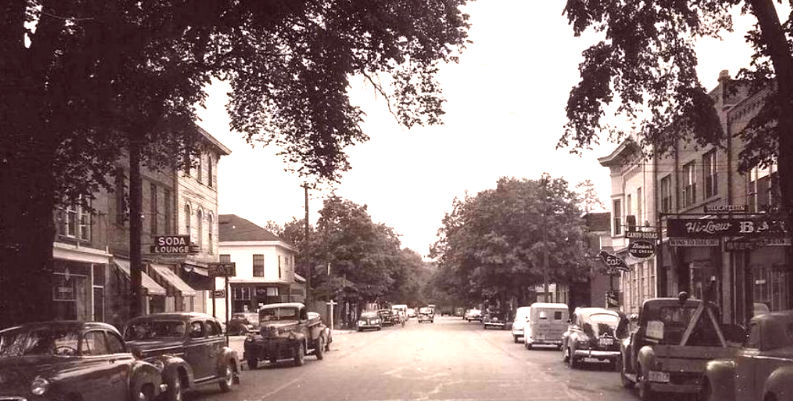 And Other Lessons from a Career In Journalism

VIA THOMAS AND MERCER

When I was a reporter for The Wall Street Journal in Washington, D.C., I wrote a front-page story about a telecommunications dispute in the tiny burg of Hill City, Kansas. A smart-aleck colleague urged me to write, “Hill City is neither.” I chuckled but ignored his advice, partly because I was new to the Journal, but mostly because I didn’t think Hill City deserved the disrespect.

Though I’ve never lived in one, I’ve always liked small towns. My four novels and the new one I’m currently writing are set in the fictional towns of Bleak Harbor and Starvation Lake, Michigan. I chose to center my tales in those towns not because I believe that smaller places embrace the gauzy ideal of American goodness and honesty more fully than big cities. Quite the contrary.

I grew up in a suburb of Detroit and went to school in the city. When I was 13, my parents bought a cottage on Big Twin Lake in northern lower Michigan. In college I spent a summer working at a weekly newspaper in Bellaire 20 miles from our lake house. I spent a lot of time reporting in nearby Kalkaska, East Jordan, Mancelona, and Central Lake. A year later, my first newspaper job had me covering Brighton and Howell in southeastern Michigan (smaller then than they are today).

By the time I started messing with fiction in the late 1990s, I had written stories from small towns across the United States for the Journal and The Detroit News. Ostensibly, the subjects I was writing about had important implications for the entire country: telecom, energy, infrastructure, post- 9/11 recovery (along with the occasional piece about a pilfered mac-and-cheese recipe). But the juiciest stuff was pure small-p politics: personal rivalries, hidden agendas, and petty vendettas that had little to do with the broader matters at hand. From Stilwell, Oklahoma, to York, Pennsylvania, to Boonville, Missouri, to Garner, Iowa, I encountered humans behaving poorly, as humans are wont to do, wherever they are.

Take Hill City, population 1,800 back then (closer to 1,400 now). My story was supposed to illustrate Washington’s early efforts to deregulate the telecom industry. Hill City had fired its crappy telephone service provider and recruited a new one. When I arrived, competing companies were vying to supply the town with phone and cable-TV service, driving a nasty wedge between their respective local supporters. The city council canned a long-standing city attorney. Two council members faced a recall petition. One sat at his kitchen table, blinking back tears, as I interviewed him about accusations that he was financially benefiting from the conflict. At its core, the story was less about telecom policy than people struggling for control of their lives.

My first novel, Starvation Lake, was about the death of a beloved hockey coach. Before I started writing it, I chose between two different settings. One was gritty downriver Detroit, home to many a fine hockey player; the other was the scruffy rural area around our family cottage. I went with the latter, stealing the name of a lake that lacks a town but has a bar where I’d tipped a few. I thought knew that place better. But I’ll also confess that I expected it would be easier to write about a small town—it’s smaller, after all—than a populous industrial locale.

In a city, a character can wander into all sorts of places without being recognized. Gus couldn’t go anywhere without encountering someone he knew or who knew him.

I was wrong about that. Starvation Lake, the place, was a challenge to write about for a number of reasons. I had to create something entirely new; I couldn’t lean on readers’ knowledge and perceptions of a city like Detroit or New York City or Los Angeles. Also, as I started to write about Gus Carpenter’s interactions in Starvation Lake, I quickly realized that I didn’t have the advantage of metropolitan anonymity. In a city, a character can wander into all sorts of places without being recognized. Gus couldn’t go anywhere without encountering someone he knew or who knew him.

So I had to create those people, too, no matter how small their role in the story. One of my favorites was Elvis Bontrager, a curmudgeonly patron of Audrey’s Diner who couldn’t stop reminding Gus of a mistake he’d made in his distant hockey past. Elvis’s sarcastic digs forced me to confront that past in depth. Ultimately, it made the book better—in my lonely opinion—but it wasn’t easy.

Writing about smaller places, particularly made-up ones, also presents historical dilemmas. An author need not delve deeply into long-ago Chicago—meatpacking, epic fires, the Daleys, etc.—to set a story there. History can be useful but isn’t critical. Yet readers will be curious about, say, the origin of Starvation Lake’s name or how the town’s past influences what’s happening now. I’m certainly no Faulkner conjuring Yoknapawtapha County, but I strive to use the invented past of the surroundings to inform the narrative present.

That’s true of Bleak Harbor, fictional home of my new, eponymous novel. The town is loosely based on Saugatuck, Michigan, along Lake Michigan. Some years back, I visited Saugatuck to report a Journal story about a real-estate development fight between a billionaire and environmentalists. I learned that, more than a century ago, a timber town called Singapore had stood near Saugatuck before sand dunes swallowed it. The legend inspired my creation of Joseph Estes Bleak, the New Englander who came to Michigan in the 1860s, dredged out a channel, carved a bay, and erected a harbor that birthed a small industrial empire. What his heirs did with the fortune bequeathed them is crucial to the central narrative about the kidnapping of autistic, 15-year-old Danny Peters, himself a Bleak descendant.

My wife and I live in Chicago city proper, but we plan to retire elsewhere to escape the endless winters and ever-rising taxes. Thinking about what we might miss, we’ve begun to realize that what we love most about the city are the close trappings of our neighborhood, like the people in our building, the coffee shop down the block, the restaurants a short stroll away, the street festivals and parks filled with children in summer. Maybe, we’ve thought, we really could live in a small town. Maybe, in some ways—and certainly to a writer like me—they’re not all that different after all.

Bryan Gruley is the Anthony, Barry and Strand Award-winning and Edgar Award-nominated author of PURGATORY BAY (January 14, 2020; Thomas and Mercer), BLEAK HARBOR, and the Starvation Lake mystery trilogy. A staff reporter for Bloomberg Businessweek and a graduate of Notre Dame, he is also the former Chicago bureau chief of the Wall Street Journal, where he shared in the 2002 Pulitzer Prize for coverage of the September 11, 2001 terrorist attacks.  He and his wife Pam live in Chicago. You can visit him at bryangruley.com.
http://www.bryangruley.com 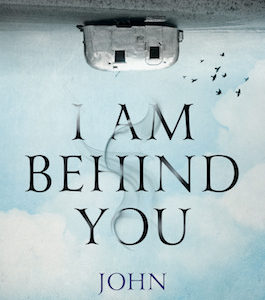