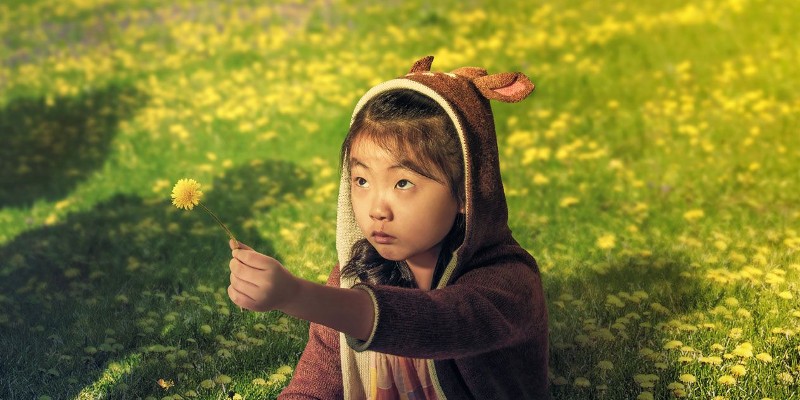 In Tremblay's fiction, people are forced to reckon with terrifying new realities while trying to hang onto their humanity.

When I was a kid I saw two seconds of a horror movie on TV that started a life-long attraction to—and terror of—the genre. In it, a woman on some sort of indoor roller-coaster slams into a brick wall. That’s it. I have no idea what movie it came from; Googling “indoor roller-coaster slam wall horror movie” bears no fruit. All I know is that image has haunted me for decades and led to breathless viewings of Are You Afraid of the Dark? and under-the-covers reads of Goosebumps that both thrilled me… and kept me up at night. I was addicted to the scares, but sleeping with the lights on was really wearing on my sanity — and my parents’ electric bill.

Ever the practical kid, at some point I came up with the antidote that allowed me to watch and read all horror without losing sleep. Simply realizing, “Well, that can’t happen to you. You’re not part of the Midnight Society. You don’t own a haunted dummy. You would never ride an indoor rollercoaster.” And that served me well. I left Goosebumps and my hometown in the dust, graduating to Japanese horror, slashers, and Stephen King with ease. I’d binge these horrors and sleep well with the knowledge that I’d never watch a haunted VHS tape, be a camp counselor, or live in Derry. And I was doing fine until I found Paul Tremblay’s books.

Having spent roughly half my life watching horror movies of varying degrees of quality, I can safely tell you that the best/worst part of any scary story is the moment before you see the monster. And I use the term “monster” here loosely. What I mean is the moment before reality completely breaks and the protagonist finally admits that they’re in a horror movie. That they’re not insane. That the only explanation here is that evil exists and it’s after YOU. After that, it’s all kind of like the descent on that aforementioned roller-coaster. The tension is gone and all that’s left is the screaming. The release. This is also the point where I generally lose interest. Paul Tremblay is all about the tension, though. In fact, his books are basically all tension, no release. Sorry, readers, there’s not going to be a neat like “ending explained” section on Wikipedia to assuage all your fears. You’re going to be left terrified.

Take his 2018 de facto breakout, Cabin at the End of the World. The book begins with a couple and their adoptive kid holing up at the titular cabin for a vacation before a group of strangers descends, informing the family that the world is ending. The only solution? The trio must kill one of their own to circumvent the apocalypse. The idea is absurd, of course. Or is it? Every time the strangers turn on the TV, some end of the world shit appears to be unfolding. In any other movie or book, we’d discover that the strangers escaped from a mental institution and the TV dispatches are fake. Or that the world really is ending because Molach hasn’t gotten enough child blood this year (see another cabin story, The Cabin in the Woods). Instead, Tremblay simply lets the mania play out in the most human of ways… and it is horrifying. My trick didn’t work with this book because, sorry, I simply cannot assure myself that I will never go on vacation nor meet strangers nor doubt my own sanity.

Tremblay’s bibliography is consistent in this way. There’s a Head Full of Ghosts, which is told from the perspective of a girl watching her sister succumb to mental illness… or possession, either one. Try reading that as anyone with a sibling who, inevitably, sees said sibling become an unrecognizable person as they get farther away from childhood. Then there’s Disappearance at Devil’s Rock, which is about Satanic forces taking root in the minds of young boys. Or a serial killer preying on the young. (Extra points for the nod to Joyce Carol Oates’s “Where Are You Going, Where Have You Been?” and its iconic villain, devil/serial killer Arnold Friend.) 2020’s Survivor Song was almost unreadable when it was released, in that it was a book about a mysterious virus, and 2022’s Pallbearer’s Club managed to make a possibly-levitating bedside table horrifying. It also pumped new life into the vampire genre, pun intended.

Tremblay’s name has been in the more mainstream news lately because he’s finally unlocked one of the major achievements all authors not-so-secretly dream of: the coveted adaptation. M. Night Shyamalan has turned Tremblay’s breakout into a movie called Knock at the Cabin (out next year) and a trailer that has amassed more than 22 million views since it dropped a few weeks ago. Among the celebrating, there’s been some… let’s call it trepidation among my Twitter circles about this movie, namely because Shyamalan is very much one of those directors whose movies come pre-baked with an “ending explained” section on Wikipedia. A master of the twist, Shyamalan, unlike Tremblay, never leaves the viewer hanging—sometimes to the detriment of the story. Even if they’re largely entertaining, my old antidote works like a dream with the majority of his films.

Still, looking back at the movies that managed to terrify younger me, regardless of that “I would never” refrain, one of Shyamalan’s is among them: 2000’s Unbreakable. A comparatively simple story about a man (played by Bruce Willis) who survives a massive train accident and meets a man whose bones break like glass (Samuel L. Jackson), there’s no pat explanation, no easy answers for why these men are the way they are. (Ignoring the subsequent movies in the series that did not exist 20-plus years ago). Instead, the film presents us with this very human dilemma, as the unbreakable man—who also has a kind of sixth sense—realizes that he needs to use his abilities to help others. That realization led to a scene that still haunts me today: When Willis’ character interrupts a home invasion to save two children from the very regular man who has killed their parents. The invader stands over the mother, who is tied to a radiator, spitting beer on her bound arms. It’s a horrible image in its realness—and so much harder to watch than some of Shyamalan’s more overwrought films. As Jackson’s character says when Willis sets out to save the family, “Real life doesn’t fit into little boxes that were drawn for it.” Real life also can’t be negated by my antidote. So, perhaps, if Shyamalan trusted in that simple statement when approaching Tremblay’s work and all the real life horror it contains, I’ll have to sleep with the lights on once again. 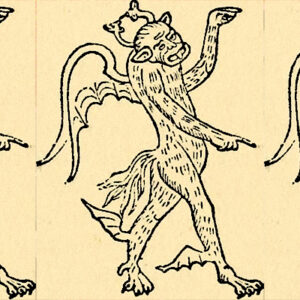 THE DEVIL’S PREDECESSORS For as long as humans have been able to tell one another stories, there have been tales of malevolent...
© LitHub
Back to top