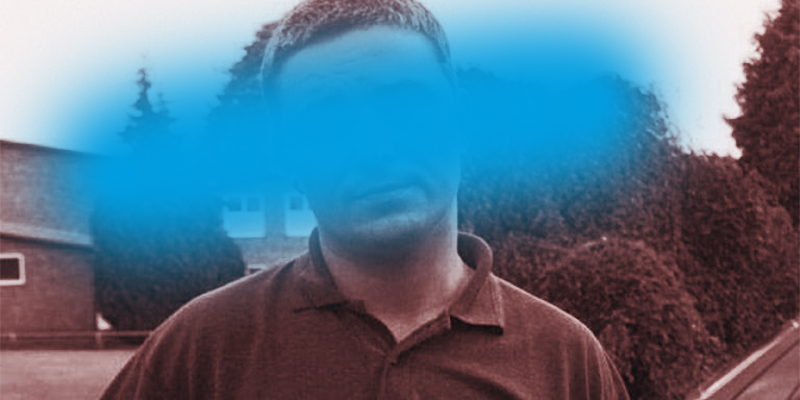 I Once Interviewed A Murderer Before He Was Caught. He Seemed Perfectly Normal.

A reporter-turned-crime writer thinks back on an unsettling encounter with a killer.

Via One More Chapter

I’m a crime writer. And that means, like most crime writers, I frequently write about murder, and murderers. But only once (well—only once, knowingly) have I encountered a killer in real life. His name is Ian Huntley, and on the 4th of August 2002 he murdered two 10-year-old girls, Holly Wells and Jessica Chapman, in the English village of Soham, Cambridgeshire. At the time I was a news reporter, sent to cover the story of two missing children for the morning news show I worked on, and I interviewed Huntley, caretaker at the local secondary school, live on the programme on Friday the 16th of August. It wasn’t just me he talked to; he’d participated in numerous press interviews, having told police he’d chatted briefly with the girls outside his house on the evening of their disappearance. The next day he, along with his girlfriend Maxine Carr, was arrested. Huntley was later convicted of double murder and sentenced to life imprisonment, with a minimum term of 40 years. And even now, nearly two decades on, I often think about him. About how for the two long weeks of the investigation, during which he was always around, chatting and making himself useful, and just days after he’d committed such an atrocious crime, he somehow appeared to be so very normal.

Murder in books can grip and disturb and make the reader gasp in horror, but between the pages it is sanitized, safe. In real life, the emotions are raw and extreme, forever embedded in the memories of those who are close enough to feel them. The fear and grief etched on the faces of the victims’ families, the anger twisting the faces of the onlookers who hurl stones and abuse at the prison van taking the suspect to court; murder is horrific, devastating, terrifying. And yet murderers, as the young reporter I was then was to discover, can appear to be completely ordinary people, to outsiders at least. We see it all the time: British serial killer Fred West, who committed at least twelve murders, was said by some who knew him to be “sociable, funny and outgoing”; American Jeffrey Dahmer, who killed seventeen men and boys, was described by the psychologist asked to testify at his trial as “amiable, courteous, charming in manner”.

But back to Soham. The hunt for Holly and Jessica gripped the nation for those weeks in summer 2002. The press pack had gathered at Soham Village College, where the police were holding their daily press conferences, and where the girls’ parents had made their anguished appeals for help. The children had gone missing after a Sunday afternoon walk, and over the next thirteen days the search for them became one of the most intensive and extensive in British criminal history. Ian Huntley was senior caretaker at the school—his girlfriend Maxine was a teaching assistant at Holly and Jessica’s school nearby—and as the investigation progressed, he became a familiar face, taking part in the search, opening and locking up the school building every day, writing notes for the press on a whiteboard at the door. “Closing at 4pm, today, OK?” Being helpful. Being “nice”. Afterwards, it emerged that police had some suspicions about Huntley early on; some reporters said they did too. But to most, he seemed to behave like any ordinary person would in the circumstances.

When it was all over, and the truth finally came out, I made some notes in my reporter’s diary about my encounters with Huntley.

Thursday: I say to Ian, “You’re the caretaker, right?” Wrong. He doesn’t like that word. He’s the ‘on-site manager’. We stand, the three of us, outside his house in the dark, and chat. Ian is smoking a cigarette on the doorstep. Maxine lurks just behind him in the hall. Her face is white, so white. Ian agrees to do an interview the next morning. We arrange to meet at ten past eight.

Friday: We do the interview outside his house, just three or four questions. I ask how it feels to still be the last known person to talk to the little girls. He tells me he feels “gutted” that he “didn’t keep them here a little longer”. He is calm and articulate.

On the Saturday, the announcement of the arrests came. A few hours later, the bodies of Holly and Jessica were found about ten miles from Soham. My diary again.

Flowers are piling up outside the village church. Someone has stuck a yellow note on one bouquet: “Soham’s heart is broken”, it says. I go in. There is a photo of Holly and Jessica, eyes shining in the light of hundreds of tiny candles. Outside, among the rows and rows of brightly coloured blooms and soft toys, people are moving slowly. Nearly all of them are crying. Everywhere we go, people are weeping.

The horrors of working on such crime stories stay with you; even as I write this, so many years later, I am aware that my heartrate is speeding up, the images of the faces and the flowers and the tears still crystal clear in my mind. But for those close to the victims, their mothers and fathers and brothers and sisters and friends, the pain is simply unimaginable, lives changed beyond recognition forever.

My crime writer friends and I have often spoken about this; as we craft our novels, we are very aware that we may be writing fiction, but that for so many, this is real life. It’s estimated there are currently around 2,600 unsolved murders in the UK; thousands of people still waiting for justice, years after their loved ones were taken from them. Which is why I began this piece by saying I have only knowingly encountered one murderer. Because killers really can appear to be completely normal people. People who, right now, are walking among us. 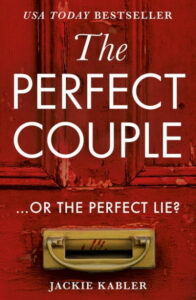 Jackie Kabler worked as a newspaper reporter and then as a television news correspondent for twenty years, spending nearly a decade on GMTV followed by stints with ITN and BBC News. During that time, she covered major stories around the world including the Kosovo crisis, the impeachment of President Clinton, the Asian tsunami, famine in Ethiopia, the Soham murders and the disappearance of Madeleine McCann. Jackie now divides her time between crime writing and working as a presenter on shopping channel QVC. She has a degree in zoology from Trinity College Dublin, runs long distances for fun and lives in Gloucestershire with her husband. The Perfect Couple is available everywhere now, and The Happy Family is available digitally!

The Sequelae: A Mother's Trauma and the Discovery of a Forgotten Magdalen Refuge in Manhattan 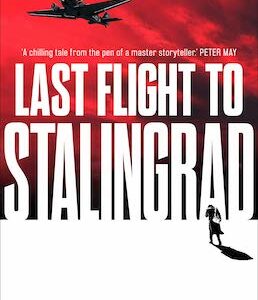 Mount Elbrus, 21 August 1942 The joint twenty-three-man team rose early, an hour before dawn. These were elite mountain...
© LitHub
Back to top