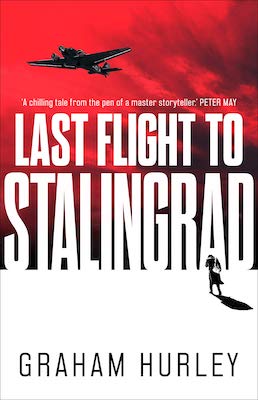 The following is an exclusive excerpt from Last Flight to Stalingrad, by Graham Hurley. In his ceaseless search to stiffen German morale at home, Reich Minister of Propaganda Joseph Goebbels has organised an attempt by a party of elite troops to claim Europe’s highest peak, Mount Elbrus in the Caucuses, for the Reich. Hitler, meanwhile, is becoming ever more frustrated by the slow progress of the advance towards the oil fields beyond the mountains, so critical to his entire campaign....

The joint twenty-three-man team rose early, an hour before dawn. These were elite mountain troops, some from the First Mountain Division, the rest from the Fourth. Led by Hauptmann Heinz Groth and Hauptmann Max Gammerler, both veterans of countless alpine ascents, they brewed coffee, struck camp and set off for the last steep kilometres that would take them to the summit of the highest peak in Europe. With them, they carried the Reich War Flag, as well as a pair of divisional standards.

Both Gammerler and Groth knew that the rest of Army Group ‘A’ were doing less well below them, moving at snail’s pace through the mountains, plodding south towards the Black Sea, but the mood among the climbers was buoyant. They’d been acclimatising to the thinness of the air for days but even so it was wise to move slowly, one step at a time, enjoying the first long shadows on the surrounding icefields, cast by the rising sun.

At altitude, nearly five and a half thousand metres, it paid to take regular breaks, huddling against the biting wind, watching the little moguls of powdered snow snaking up the mountainside towards them. From a perch like this, a man could get a very different perspective on this unending war. The climbers nodded to each other, exchanging smiles before heading upwards again. Wirklich grossartig. Truly magnificent.

They reached the summit shortly before mid-morning. The mountain peaked on a steep shoulder of rock sheathed in snow. The honour of planting the War Flag belonged to the man who had carried it up the mountain. Steadied by a friend, he reached up and drove the base of the flagpole through the crust of ice and deep into the packed snow beneath. The moment the pole was vertical, the War Flag streamed out in the stiff wind, the swastika and its blood-red background the starkest message against the blueness of the sky.

To the cheers of his Kameraden, the mountaineer who’d planted the flag stepped back, raising his right arm in the Führer salute. The climber charged with recording this moment asked for a tiny shuffle to the left to make the most of the endless spread of mountains beyond. Then, to more applause, he pressed the shutter.

Gammerler was carrying a bottle of schnapps. He went from man to man, offering them each a tiny glassful. The schnapps was ice-cold but Gammerler had insisted on 84 per cent proof, the strongest he could find, and each man tipped back his head as the clear spirit burned its way down his gullet and kindled a fire deep in his belly. The bottle empty, he stowed it carefully in his pack. Then, almost as an afterthought, he opened the flap again and produced a tiny wooden aeroplane.

This, like the schnapps, came as a surprise to most of the men. They gathered round, curious, passing the little triplane from hand to hand. Gammerler didn’t have the full story but told them it had come from Generaloberst Wolfram von Richthofen. As a fighter pilot he’d cut his teeth with his uncle’s squadron over the trenches in the last war and—as a favour—he’d asked the climbers from Army Group ‘A’ to find a niche for the Fokker on the very top of Mount Elbrus. The Red Baron, he said, would doubtless be looking down. Listen hard for his applause.

The men, warmed by the schnapps, loved the gesture. A couple of them dug a tiny hollow at the base of the flagpole while another consulted a map and a compass. The nose of the plane, he said, should be pointing at distant Stalingrad. He gestured at a shapely mountain away to the north, then checked the map again.

‘That direction,’ he said, ‘would be perfect.’

News of the ascent of Mount Elbrus arrived at Hitler’s Ukraine headquarters long before the photographs. The Führer had spent the afternoon poring over large-scale maps of the Caucasus, demanding to know why Army Group ‘A’ appeared to be stalling in the face of fierce Soviet resistance. By now, Wehrmacht troops—supported by Panzers—should have been pushing over the Terek River towards the oil wells at Grozny but Soviet aircraft appeared to have the sky to themselves and were inflicting serious damage on the German formations below.

Richthofen, at his headquarters at Mariupol, was on the receiving end of the Führer’s wrath and despatched Messner to find out why FK VIII’s Bf-109s weren’t doing their jobs. After an eternity of delays, Messner finally made radio contact with the Fighter Wing responsible, only to discover that the twenty-eight aircraft available lacked both fuel and ammunition. Without cannon shells and full tanks, the Bf-109s would be staying on the ground.

Hitler was in no mood for excuses. He telephoned Goering at his nearby headquarters and demanded his presence. Albert Speer, the Minister of Armaments, had just arrived from Berlin and when the three men got together in the early evening Hitler led them into the map room. His forefinger jabbed at the lines of advance that had stalled in the mountains. His generals had promised to be down on the coast by now. He was counting on Black Sea ports, on Grozny oil wells, and that final thrust deep to the south-west that would deliver Baku, key to limitless supplies of black gold from the Caspian basin. This, according to Speer, would come closer to winning the war than any other single victory. So why was progress so slow?

The question was directed to Goering. When Hitler pointed out that his commanders on the ground were blaming lack of supplies, the Reichsmarschall blustered about aircraft serviceability and the lottery that was the weather over the Caucasus. On the steppe, he said, the Luftwaffe could guarantee regular flights. Europe’s biggest mountains, on the other hand, had a mind of their own. Either way, he’d see to it that normal service would be resumed. On this matter, as on so many others, the Führer had his solemn word.

At this point, the conversation was interrupted by a soft knock at the door. Hitler turned to find the Oberfunker in charge of communications with a message that appeared to be urgent. It had come, he said, from Army Group ‘A’ headquarters down in the Caucasus. The Oberfunker had a smile on his face. Goering visibly brightened. Good news at last, he thought.

Putting on his glasses, he walked across to the window for the last of the light. He read the message twice, his face visibly darkening. Then he turned back to the waiting faces by the map table.

‘This mountain. Elbris? Elbrus? Where is it?’

The Oberfunker indicated a point of the map some seventy kilometres inland from the coast. His ink-stained finger was shaking. The oil wells at Grozy lay two days march away to the east.

‘The tallest, Mein Führer. Five and a half thousand metres. A monster.’

Hitler couldn’t take his eyes off the map. He was bent over the table, each hand supporting the weight of his body. The Oberfunker stole away from the room without a backward glance.

By now, Hitler was shaking with rage. Here was the reason all that effort had come to nothing. Expecting an army to fight, they instead wasted their days with stunts like these. All that effort, all that determination, all that energy squandered on a lump of rock. This was a theatre of war, not a circus ring. He wasn’t blaming the men themselves. No, that’s not where the blame belonged. He didn’t doubt for a moment that climbing a mountain like that would demand real guts. But that wasn’t the point. These men were soldiers. They were in the mountains to kill Russians, to kick open the door to the oil wells, not to get themselves diverted to some profitless adventure that didn’t matter a damn.

He paused for a moment to fumble for a handkerchief and wipe his mouth. Speer was staring down at the table. A thin mist of spittle had settled wetly on the map. Hitler ignored it.

‘I ask for victories,’ he roared. ‘And all they can give me is a mountain top. What use is that? Can anyone help me here? Can anyone explain? Maybe we shouldn’t have gone into the mountains at all. Maybe the temptations were too great. War is about concentration of resources, concentration of effort, an agreed line of advance. Get those things right, get the enemy where you want him, and you can smash him to pieces.’ He took a step back from the table and drove his right fist into his open palm. Is this something we should be teaching our generals? ‘Is this something they’ve neglected to learn? Or should we simply stop fighting and climb mountains instead? Look. Look here.’ He stabbed a finger at the map. ‘There are hundreds of them, thousands of them. Who needs an enemy when you can climb a mountain instead? Wonderful idea, gentlemen. Let’s stop bothering the Russians and climb a few more mountains. Can either of you organise that? Or must I do everything myself?’

The question hung in the air, unanswered. Hitler was leaning on the table, his head down again, his voice low. For a second or two he seemed exhausted. Then he stirred.

‘So, whose idea was this?’ His voice was low.

Goering and Speer exchanged glances, then Speer shrugged and said he didn’t know.

‘And you, Herr Reichsmarschall?’

Goering did his best to compose himself. He’d been waiting for this moment since the Oberfunker left the room.

From LAST FLIGHT TO STALINGRAD. Used with the permission of the publisher, Head of Zeus. Copyright © 2021 by Graham Hurley.

Which International Thriller Should You Binge This Weekend? July 4th Edition

I Once Interviewed A Murderer Before He Was Caught. He Seemed Perfectly Normal. 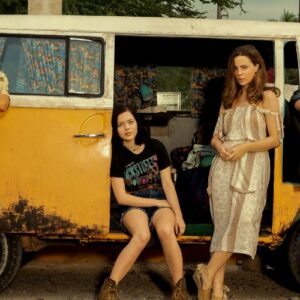 Which International Thriller Should You Binge This Weekend? July 4th Edition Sure, you could celebrate Independence Day by looking inward and bingeing some homegrown series (if that's your inclination,...
© LitHub
Back to top