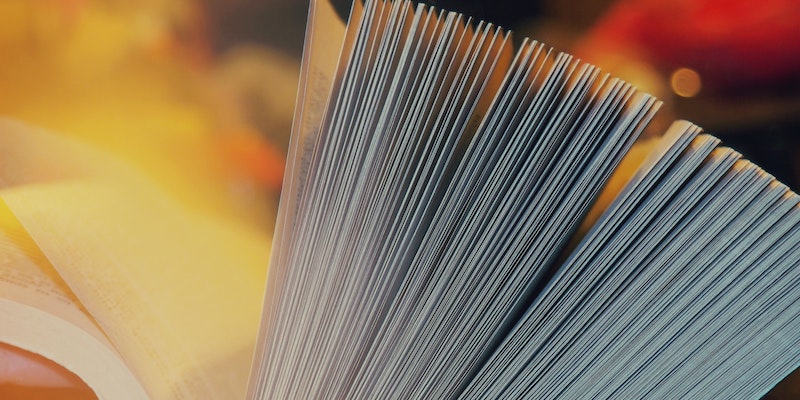 Returning to a long-abandoned series can feel overwhelming. But if you believe in your characters, you can't go wrong.

In 1990, after almost two decades spent collecting rejection slips, I finally published a novel, Murphy’s Fault. The book had been turned down by over twenty publishers before legendary mystery editor Ruth Cavin picked it up for St. Martin’s Press.

After such an inauspicious, tortured beginning, imagine my surprise when the book was named to the 1990 New York Times Notable Book List, the only first mystery on the list that year. This got me a second contract and a little bit of local notoriety.

A short time after the book was published, Tennessee writer Deborah Adams asked me to blurb her debut cozy, All The Great Pretenders. As I’d never been asked to provide a blurb before, I was flattered. I loved the book, wrote a nice little endorsement for it, and sent it off to the editor at Ballantine Books, Joe Blades.

The next thing I knew, Joe called and thanked me for the recommendation. He also mentioned that Deb had sent him a copy of Murphy’s Fault and that he really liked it. The next words out of his mouth made my jaw drop:

If you ever want to work together, give me a call…

Now you have to understand, I was 37-years-old and had been collecting rejection slips since I was 18. For an editor at a major New York house to make that offer staggered the imagination.

Joe laughed. “Well, give yourself a little time.”

After we hung up a few moments later, it hit me: What the hell do I do now?

I went back through my files and found a project I’d worked on years earlier, a story featuring Harry James Denton, an investigative reporter in Nashville who gets fired and decides to become a private investigator because he thinks it might be fun. His first case comes when an old girlfriend hires him to investigate her husband, a prominent doctor who compulsively cheats on her. When Harry discovers the doctor’s dead body in a Vanderbilt Hospital room, he becomes the prime suspect.

Originally a 75-page novella, I offered Murder At Vanderbilt to Nashville Magazine for free. They turned it down. Wrap your head around that: I literally couldn’t give the damn thing away.

Now, though, I had an editor at a major mystery house who wanted something from me and I had promised it to him in 30 days. I went to work and rewrote the first few chapters, then expanded the plot into a full-length mystery and sent it off to Joe Blades.

It wasn’t a great deal—a mass market, paperback one-off—and the advance was, well, modest. We also wrangled over titles. My original working title for the book was Death On A Soda Cracker. Thank God, I lost that battle. We finally settled on Dead Folks’ Blues, a riff on Music City.

Dead Folks’ Blues launched in early 1993. I did a few local signings. Ballantine put a little bit of marketing into the book, but not much.

Then lightning struck. Dead Folks’ Blues was nominated for an Edgar. I’d heard of the Edgar Allan Poe Award, but had no idea what it meant. My friend and mentor Sharyn McCrumb explained that the Edgar Award was often called the Pulitzer Prize of genre fiction.

What I did know was that suddenly Ballantine Books was treating me a lot better. They flew me and my then-wife to New York City for the 1994 Edgar Awards banquet and put us up in a swank hotel. Sue Grafton was President of the Mystery Writers of America that year and I remember being almost in shock when she ripped open the envelope and called my name.

In a daze, I walked through the applauding crowd up to the dais. Sue leaned in, grinning, as she handed me the statue. “This is so cool!” she whispered into my ear.

And it was. To this day, it’s the biggest professional thrill I’ve ever experienced. I woke up the next morning to see all the Edgar winners, including mine, on the CBS Morning News. My agent, Nancy Yost, sent me a bottle of Aberlour Single Malt Scotch whiskey. That long-empty bottle still occupies a place of honor on a bookshelf in my office.

Perhaps more importantly, it afforded me the chance to keep going. Ultimately, Joe bought five more books in the Harry James Denton series. In what has to be some minor footnote in the history of series mysteries, every installment either won or was nominated for a major mystery award. Torch Town Boogie was nominated for the Shamus Award, as was Way Past Dead. The fourth installment, Chain Of Fools, was nominated for both the Shamus and Anthony Awards.

Murder Manual hit the trifecta of mystery awards when it was nominated for a second Edgar, another Anthony Award nomination, and won the Shamus Award. The last Harry James Denton novel, Dirty Money, was nominated again for the Shamus.

As well as the books did critically and awards-wise, sales were lackluster. The advances were still tiny and the books were consigned to the mass-market paperback ghetto. I voiced my frustration, so Ballantine made a verbal promise to move the last two books into hardcover.

Unfortunately, as movie mogul Sam Goldwyn once observed, a verbal promise ain’t worth the paper it’s written on. When the last two books were published, they came out as paperbacks and I walked.

Bad timing on my part… I walked away from Ballantine right into 1999-2000, when the publishing industry had hit the skids. As hard as she tried, Nancy Yost couldn’t get another house to pick up the series.

Meanwhile, life got in the way. Divorce, remarriage, becoming a father for the first time in my late 40s, rinse and repeat in my early 50s… My writing career was in the dumper and I had a family now. When the film school at the Watkins College of Art in Nashville—where I’d been teaching adjunct for a few years—offered me a full-time teaching job, I jumped on it.

For the next twenty years, that was my life. Eventually, I became senior faculty and Chair of the Film School for five years. I didn’t quit writing altogether, but in those two decades I only published two standalones. I always meant to get back to Harry, but there never seemed to be enough time or energy.

He never left me, though.

Fast forward to 2020, when the Watkins College of Art—like way too many small, private art colleges these days—closed its doors permanently. The Covid-19 pandemic hit, so I was stuck at home with a lot of time on my hands. I decided to bring Harry back. To make this happen, I had to revisit those first six books.

What I realized was that without really meaning to, I’d sculpted a series of story arcs. Each book had a story that would stand on its own, from start to finish. But overarching the whole series was a larger story, the story of a guy who loses everything and has to rebuild his life from scratch, who sets forth on an odyssey to find himself.

It’s also a grand, doomed love story between Harry and the great love of his life, Dr. Marsha Helms, who’s a forensic pathologist. They meet in Dead Folks’ Blues. Their relationship rises and falls over the middle four books, then they have a daughter and break up in the last book, Dirty Money.

That’s where we left Harry, in Reno, Nevada after becoming a father and having to return to Nashville alone, without his daughter and her mother.

So how do you bring a character back after that much time?

The first challenge was to answer the big question: Was I going to pick up the series as if Harry had just left Reno? That wasn’t workable; too much has changed in the world and in Harry’s life since then. The alternative was to drop back into Harry’s life almost two decades later, when he’s pushing 60 and his daughter, Alexis, is a teenager.

The next step was to create a backstory to fill in the years since we last saw Harry. Then I had to figure out how to weave all that exposition into a new book without it grinding the narrative to a halt.

I also had to come up with an idea for the novel, so in the finest sense of writing what you know, I decided to get Harry involved in a murder mystery set in a film school.

The result, almost a year later, was Fade Up From Black: The Return of Harry James Denton.

Reviving a dormant series can be tricky. I thought at first I’d have to self-publish the book. Years ago, I got the rights back to the first six books and successfully republished them under my Spearhead Press imprint, so that seemed a solid plan.

But after receiving some really incredible feedback from other mystery writers as well as a few select readers, I decided to take a shot at a traditional publishing deal.

More than anything, it’s good to be back in the game. Wish me luck. 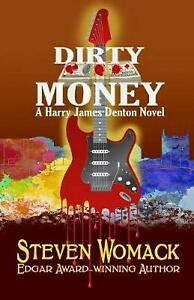 Steven Womack is the Edgar and Shamus-Award winning author of twelve novels, including By Blood Written and Resurrection Bay (co-written with Wayne McDaniel). A scriptwriter as well, he wrote the scripts for the ABC Television movie, Volcano: Fire On The Mountain, and the CableAce Award-nominated Proudheart. A native of Nashville, Tennessee, Womack has been, at various times: a factory machine operator; a reporter for United Press International; a stringer for the Clayton, Missouri Citizen; a skip chaser; a paste-up person and typesetter; and a few things he now confesses he can’t even remember. He was also the first faculty member hired when the Watkins Film School opened its doors in 1995, where he anchored the screenwriting program. When the college closed 25 years later, he was the last one out the door. His website is www.StevenWomack.com 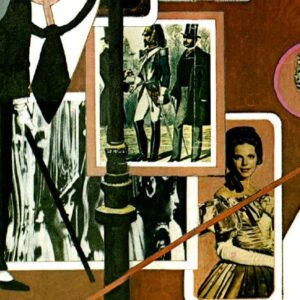 Buying the first issue of Heavy Metal magazine in the winter of 1977 was a life changing event for thirteen-year-old me. An anthology...
© LitHub
Back to top