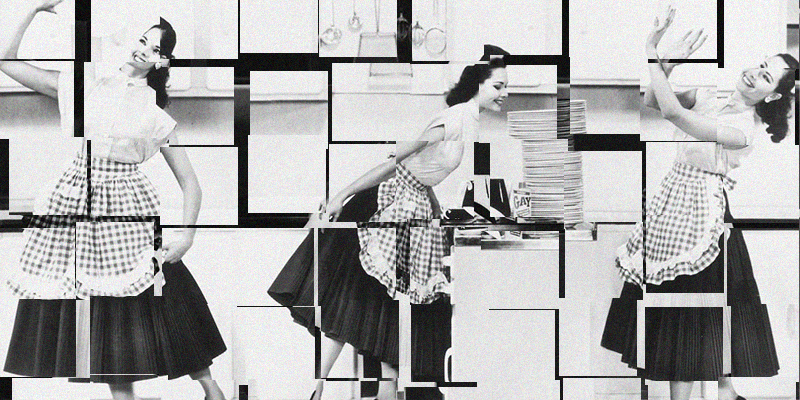 I Wrote A Thriller to Channel My Post-Partum Anger. Then The Pandemic Hit.

A housewife moonlighting as a hitwoman for hire. Baking cakes in the morning, ending lives in the dark of night. Trading the spatula for the shotgun. That was what I wanted the protagonist in my new historical fiction book, A Woman of Intelligence to do.

I didn’t want to write her this way because I’ve made a career writing shoot ‘em up thrillers. I wanted murder because I was dealing with post-partum anger and I needed her to be violent for me.

I had two children eighteen months apart, and while I’d been career/kid juggling for a few years, the delusion that I was doing okay was disappearing. I felt like the old me had burst into flames and I was not a fan of the new me. The new me took too long to write books, barely slept, and had a pit of unhappiness where there was once joy. But I also felt the tug on the other side of the rope. My work was suffering, my bank account was suffering, but I also wasn’t spending enough time with my kids.

A few days after I’d come to the stark realization that my “I can do it all” mantra was not a reality, my three-year-old daughter and I saw a boy at the park crying. She looked at me and said, “Maybe he’s sad because mama is gone. Maybe she’s working.” I sat my daughter down and gave her the lecture of a lifetime on a woman’s worth, on how much less we are paid than men, how we have to dance the impossible dance to make it all happen. She went home and told my husband that girls are superior to boys. I shrugged and said, “I don’t know where she gets it.” I was proud, but I was still angry.

My anger was complicated, but part of it was directed at the American system that bemoans dropping birth rates but does so little to help mothers. We are a country that puts women, especially women of color, second. We have shockingly poor maternal health, astronomically expensive child care (while not paying child care workers enough), and workplaces that so often expect mothers to act like they don’t have children. (I once asked someone why they picked me for a big ghostwriting gig over several other women and she said, “You were funnier…and you don’t have kids.” I actually had two but I knew better than to admit it.)

Fast forward to 2020. I made the protagonist of A Woman of Intelligence not a cold-blooded killer but a Cold War spy. There’s murder, there are lies—she was the release for my rage which I thought was at its peak. Then the pandemic hit.

Schools and daycares closed. My kids came home. Immediately my husband and I were doing a new kind of juggle: the “who has time to watch our two toddlers all day long” juggle. And because my job was “flexible,” the answer was always me. Never mind that I had a book due and a ton of ghostwriting work coming in. Someone had to watch the kids. And while my husband never said, “Also, you make less money than me right now,” or, “I have the health insurance,” these facts were very present, lingering over us in our decision making.

I know that all around the country parents were and still are having the same conversations. Who makes more right this second? And many times, for heterosexual couples, that answer is the man. On average, 70 percent  of husbands in the U.S. earn more than their wives. This is why in May 2021, when Treasury Secretary Janet Yellen said, “Between February and April 2020, 4.2 million women dropped out of the labor force, in large part due to an unexpected caregiving burden. Nearly 2 million have not yet returned,” I was not surprised. I’m sure most women were not surprised.

I tried to keep ghostwriting and writing books while taking care of my kids during the pandemic. But that stat published by McKinsey—40% of mothers, compared to 20% of fathers, added 20+ hours per week of domestic work in 2020—was a reality and then some. I started waking up at 4 am to write my novel. I tried ghostwriting while my kids played in the backyard or watched TV, but I was only able to work for ten minute stretches before I was interrupted. It was awful, but I wanted to keep going. I didn’t want to take the financial hit. A few months into the pandemic, I changed my mind. I stopped all freelancing. I gave up half my paycheck because something had to give and I didn’t want it to be my family’s sanity.

Many people have heard the term “She-cession.” Read how compared to other developed countries in North America and Europe, gender gaps in employment widened the most in Canada and the U.S. But what isn’t being talked about enough is how America bungled it up for working women long before the pandemic.

In February, Hanna Rosin said on NPR : “We should have known it was coming. We basically set women up for failure. The mass entry of women into the workforce was not accompanied by some obvious things, like help in child care or help in balancing all these things that have fallen on women to balance without much cultural change or structural change.”

The only time in America when families had government subsidized child care was during WWII, when, under The Lanham Act, the federal government granted $52 million for child care (more than $1 billion today). This help, put in place because so many women had entered the workforce, lasted from August 1943 to February 1946. And then it was gone. Many women who had tasted professional opportunity like never before went back to being homemakers. No surprise that what followed was the Miltown “mother’s little helper” era.

In the period after WWII, we should have known that taking away affordable daycare would not end well. And today, our lack of policies to help women reenter the workforce, and our rhetoric around happy families spending more time at home, is not helping either.

Let’s not discount the many important articles written about the impossible situation women are in, and data collected like never before. But for every article I read full of numbers about how tough working women have it, is one about the plus sides of the pandemic for families.

“As COVID-19 forces them to slow down, families find joy in spending more time together” one USA Today opinion piece states. “People are cherishing more time with their families during coronavirus pandemic” reads a NY Post headline. And the articles musing that the pandemic provides “many opportunities for strengthening family relationships” are countless.

In my everyday conversations, I hear it too. “We’ll look back on this time and feel so lucky that we got to spend so much time with our children.” Sometimes I agree. More often I don’t. And all the time, what I don’t like is this rhetoric telling me about my delightful opportunities at home.

When I had a newborn and an eighteen month old, I slowed down my work schedule. I tried to spend as much time with them as I could. To cherish every moment. But frankly, it was very hard. People would say to me, “Don’t you just love being a mom?” “You’ll look back on this and think, this was the best time of my life.”

Usually I nodded yes, or said the obligatory “so true.” But one time, after a sleepless night, I said, “When I’m this exhausted, I don’t remember anything. I doubt I’ll even remember these cherished moments.” I was right. Today, when I look at pictures of that time, it’s a blur.

As the pandemic continues, with new variants spreading, I’ll give this piece of advice to anyone thinking about penning a word about the joys of increased family time. Like the overburdened women in the 1950s, how can we cherish these moments with our kids when we’re too exhausted to remember them the next day? 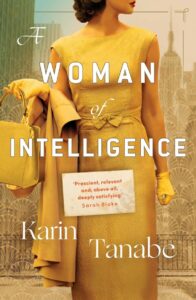 KARIN TANABE is the author of over five novels, including A Hundred Suns and The Gilded Years (soon to be a major motion picture starring Zendaya, who will produce alongside Reese Witherspoon/Hello Sunshine). A former Politico reporter, her writing has also been featured in The Washington Post, Miami Herald, Chicago Tribune, and Newsday. She has appeared as a celebrity and politics expert on Entertainment Tonight, CNN, and CBS Early Show. A graduate of Vassar College, Karin lives in Washington, DC. Her new novel, A Woman of Intelligence, is now available.

James Lee Burke on Organized Labor, Corporate Evils, and the Plot to Dumb Down America 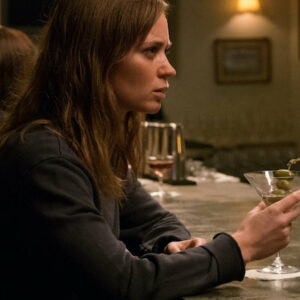 “Often in literary criticism, writers are told that a character isn't likable, as if a character's likability is directly...
© LitHub
Back to top