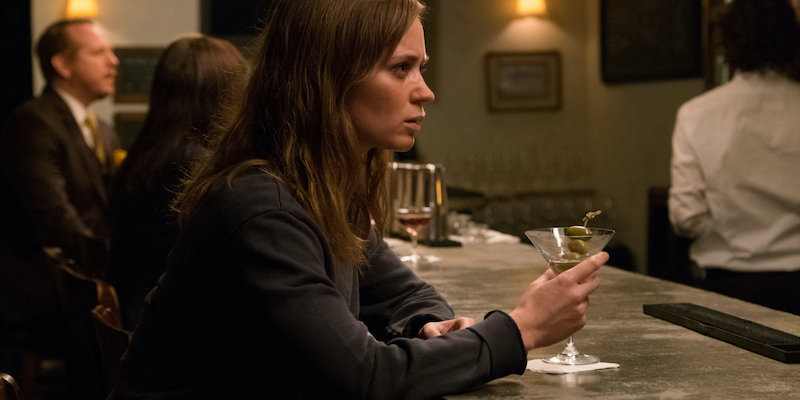 In order to depict people who are human, I think it is an absolute prerequisite that they be flawed in some way.

“Often in literary criticism, writers are told that a character isn’t likable, as if a character’s likability is directly proportional to the quality of a novel’s writing.”

If there’s anything I’ve learned from my experience as both a lawyer and a human (while the two are not mutually exclusive, I am unwilling to say that they’re completely overlapping Venn circles) even truly decent people tend not to act their best under extreme duress. Good and kind folks can be selfish, defensive, and lash out when pushed too far. That doesn’t prove them bad as much as it shows them to be, well, people, albeit perhaps unlikeable in that moment. Someone observed only on their worst day is not necessarily who you might think they are in that moment, and I think this is an important thing to remember in all fiction but especially that which focuses on conflict and adversity.

Most of my favorite characters in crime and thriller fiction are pretty unlikeable people. Paula Hawkins’ novel, The Girl on the Train, is a great example. Rachel, a self-destructive alcoholic living a lie because she cannot face the fact that her drinking problem has cost her her job and friendships, was so interesting I was transfixed and needed to know how her story went. I sympathized with her, because her problems were intimate and relatable, even if they were not my problems, though I can’t say at all that I liked her. The lion’s share of my favorites play out exactly like this. The players in Bret Easton Ellis’ Less than Zero, Cormac McCarthy’s No Country for Old Men, Gillian Flynn’s Sharp Objects, Stieg Larsson’s The Girl With the Dragon Tattoo (admit it, as much as people want to be as capable as Lisbeth, they wouldn’t actually want to have her over for dinner with the kids), and Sarah Langan’s brilliant new book, Good Neighbors are all populated with people so personally flawed it would seem no one would ever want to be close with any of them, but we’re (excuse me as I presume to speak for all of us here) transfixed by their stories. That’s not likeability, but rather relatability, understanding, and perhaps even empathy.

None of this is an argument against likeable characters. There’s a multitude of books worth reading starring appealing, effervescent people who seem to always have their faces turned toward the sun. This is a polemic against unrelatable characters. If there isn’t some aspect of their personality, lifestyle, or goals I can become invested in, I couldn’t care less how many puppies they rescue. To write naturalistic fiction revolving about struggle, a writer ought to be honest about what people are often really like when life becomes turbulent.

What I want is for the reader to understand and empathize with some aspect of the person I write about, so they become invested in either that character’s success or failure. That’s not the same as having the protagonist of the book you’re reading become your new best friend (though I guess that’s cool if it’s what you’d want) or make you want to go out for drinks with them. I mean, I have plenty of drinking friends already; when I read and when I write, I’m interested in new and unexpected experiences.

In order to depict people who are human, I think it is an absolute prerequisite that they be flawed in some way. At times, it’s as simple as a weird tick that’s off-putting or something that makes people feel apprehensive around them. At other times, it’s a flaw that undermines their ability to function when they most need to have their shit together. We all know those people. Maybe we are those people. Are you perfect? I know I’m far from it! I’ve done shitty things I’m not proud of, as most of us have. That’s the aspect of verisimilitude I’m shooting for when my otherwise compassionate characters transgress.

There are a host of reasons why I think some people find a lack of likeability to be a flaw in a book. The American propensity toward (often toxic) positivity is one. I think social media has changed the way we think about the very nature of “like” as well. It has at once cheapened it by reducing connection to a spasm of a finger, as well as elevated it to a denotive validation of political and social ideals. The versions we curate of ourselves on Facebook are hardly unfiltered and wide open. In many cases they’re even performative. We’re trapped under the crushing weight of “like” and “friending,” as if you could make a verb out of something as intimate and complex as being a liked friend. Through well-angled, curated pictures and re-re-re-sourced humor we paint pictures of ourselves as happy and eminently likeable, even when we hint at our flaws (is it wine-o-clock?). It’s an unpleasant mirror to behold characters who behave the way we sometimes do when we’re not clicking the “share” button. I suspect being shown people who don’t care if they are liked is a confrontation.

There’s a quality to unlikability that draws me. Something about iconoclasts and contrarians that feels freeing, but also dangerous in an age of instant accountability. No need to wait. Behave badly and pay now instead of later. For me, anyway, I imagine that may be a part of what appeals about the unlikeable character. Perhaps I’ll get to see them pay. Or maybe, they’ll learn something from their own behavior, grow and become better. Again, relatable experiences both for so many.

If your goal in picking up a book is to meet a new best friend, sorry not sorry, I’m likely not the writer for you. A frequent criticism of my work is that my books are only populated by unpleasant people (read: assholes) screaming at each other. In reality, I think my protagonists are average people forced to confront some existential threat that requires they act contrary to their kind nature (or what they think is their kind nature) to persevere. I want you to understand and maybe even empathize with the people I write, get to know their trauma and how they cope or fail to cope with stress, but I’m never going to ask you to like them. That’s between you and them. All I ask is that you try to understand and either root for or against, but ultimately believe in and CARE about what happens. 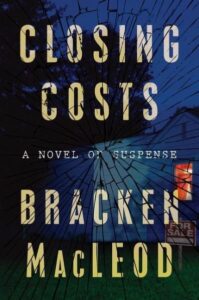 BRACKEN MACLEOD is the Bram Stoker and Shirley Jackson Award nominated author of the novels, Mountain Home, Come to Dust, Stranded, and two collections of short fiction, 13 Views of the Suicide Woods, White Knight and Other Pawns, and most recently, Closing Costs. He has worked as a trial attorney, a philosophy instructor, and martial arts teacher. He lives in New England with his wife and son.

I Wrote A Thriller to Channel My Post-Partum Anger. Then The Pandemic Hit. 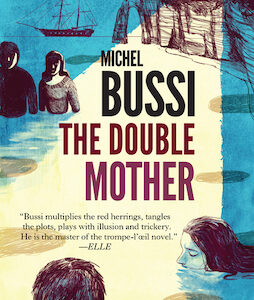 The telephone rang, waking Captain Marianne Augresse with a start. For a brief instant, her eyes remained fixed on her cold,...
© LitHub
Back to top