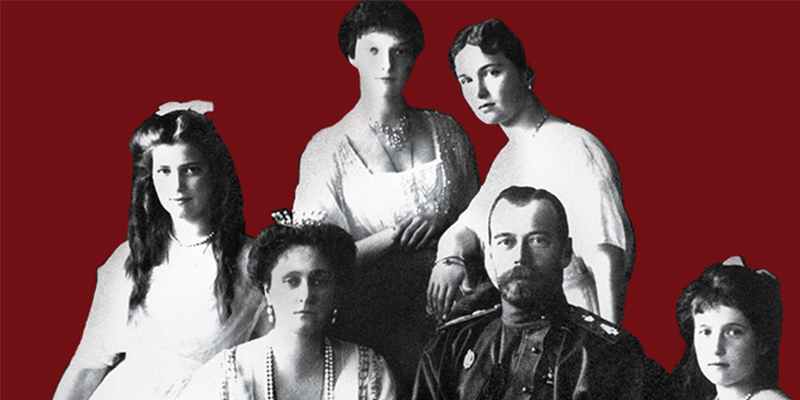 How Anna Anderson Duped The World, And What It Means In A New Age of Imposters

In the hundred years since the execution of the last Tsar, his wife, and their five children, our fascination with the ill-fated Romanov dynasty hasn’t faded. Their glamour and lavish lifestyle, as well as their physical allure, became world famous through photography, a still-novel concept at the turn of the century but rapidly becoming accessible, and one which the Romanovs embraced. Hundreds of photographs taken of them by others, and by themselves, launched them into an international celebrity never experienced before, especially within the monarchy, where official portraiture had been the time-honored means to project a public royal image.

The Romanovs were probably not considering posterity when they snapped candid pictures of themselves with their Box Brownies, on their private yachts and on holidays in the Crimea, but the ultimate result was an immortality that has spawned decades of obsession. They’d become internationally renowned, capturing world-wide fascination with their opulence, scandalous liaisons and separations, and later on, by their enigmatic association with Rasputin, harbinger of their downfall.

It was the onset of the tabloid era, with increasing newspaper coverage and publicity, which has since flourished into the rampant celebrity-driven culture of today. Photography was a tool that not only cemented the Romanovs as a family that seemed to have everything, but also as popular figures everyone could recognize, even if their inviolate privilege masked the turmoil under their façade. Nicholas II, the last Tsar, was controversial even before his death, reviled or defended for his futile attempt to retain control of the crumpling Romanov empire, an inarguably devoted father and husband, but also a tragically ineffective ruler. His twenty-three-year reign was marred by tremendous upheaval and suffering for his people, reflecting the approach of the 20th century, and the social and economic disparities that exploded into World War I—all of which was avidly reported across Europe and in the United States.

When the Imperial family vanished during the 1917 Revolution, it made international headlines. Speculation ran the gamut over what may have happened, from theories as outrageous as their secret abduction by German sympathizers to the more accurate supposition that Lenin had ordered their execution. Between the early July morning massacre in Yekaterinburg to the collapse of the Soviet Union and unearthing of the remains in 1991, seventy-three years passed. During this time, the Romanovs lived on in their pictures, their haunting visages enshrined by chemical alchemy. Frozen in time, without a conclusion to their saga, their mystery gave rise to a series of imposters and the cult of Romanov survival.

Article continues after advertisement
Violent death under mysterious circumstances and clever charlatans who slither past gilded gates make for an intoxicating brew, demonstrating that unexpected grief, frantic hope, and uncertainty can spiral into a blind need for answers, no matter how implausible those answers may be.

Our cultural fascination with true crime and imposters is an ongoing phenomenon; currently, we’re experiencing its resurgence, as evidenced by Netflix’s hit show Making a Murderer, the highly-rated rampages depicted on FX’s American Crime Story, and documentaries like The Imposter, which presents the baffling case of a thirteen-year-old boy who disappeared from his home in Texas in 1994 only to re-emerge in the guise of a Canadian conman who, despite his French accent and lack of resemblance to the boy, was accepted by the family as their lost son. Even Elizabeth Holmes, whose Machiavellian deception through her company Theranos generated an excess of $700 million from gullible investors, will receive star-studded treatment in a motion picture. Violent death under mysterious circumstances and clever charlatans who slither past gilded gates make for an intoxicating brew, demonstrating that unexpected grief, frantic hope, and uncertainty can spiral into a blind need for answers, no matter how implausible those answers may be.

Disbelief at the fall of Imperial Russia and desperation among the Russian émigré community and international public, who’d romanticized the Romanovs, ignited the desire for a survivor of the Tsar’s family in the years following their disappearance. The Soviets’ deliberate campaign of subterfuge to spread misinformation about the family’s fate, both to hide the botched savagery of their execution and stamp out reverence for Russia’s tsarist past, coupled with the escape of the indomitable matriarch of the dynasty, Dowager Empress Maria, and her refusal to declare her family’s probable death, helped fuel outlandish speculation, and that most infamous of the Romanov imposters, Anna Anderson.

Anderson was institutionalized in 1920 after a suicide attempt in Berlin. Of Polish origin, the staff at the asylum mistook her accent for Russian. She reportedly made her first statement that she was Anastasia, the Tsar’s youngest daughter, to a nurse in her ward, although confusion arose when another patient claimed Anderson had said she was Tatiana, the Tsar’s second daughter. By 1922, Anderson’s claim gained momentum when Captain Nicholas von Schwabe, a high-ranking member of the émigré community, visited Anderson and believed her claim. With Schwabe’s encouragement, other émigrés who’d personally known the Imperial family came to visit. Not all were deceived. Baroness Sophie Buxhoeveden, former lady-in-waiting and intimate of Tsarina Alexandra, declared Anderson was “too short” to be Tatiana and denied she could be the missing grand duchess.

Regardless, Anderson’s fame increased upon her release. Given refuge in Berlin by Baron Arthur von Kleist, another Russian émigré and former police chief in Poland during the Tsar’s regime, she began calling herself Anastasia, no doubt prompted by von Kleist, who had heard unsubstantiated rumors of Romanov fortune hidden abroad. Anastasia’s youth at the time of her death made her a convenient target. Hardship and daring exodus from the Bolsheviks could induce amnesia and transform an appearance, and von Kleist knew official recognition of the Tsar’s daughter would benefit his position, in the unlikely event the Imperial family reclaimed the throne or their hidden wealth, which never materialized, was revealed. To that extent, he enlisted allies, the most important of whom was Tatiana Melnik, daughter of the Imperial physician, Dr. Eugene Botkin, killed in 1918 with the Tsar and his family. Melnik had known Anastasia personally as a child; according to her, Anderson bore a resemblance. She attributed Anderson’s inability to recall the events that led to her miraculous escape and her refusal to speak Russian as the inevitable result of trauma. Either in a misguided attempt to support a woman she sincerely believed was a Romanov or as an accomplice in von Kleist’s deception, Melnik provided Anderson with detailed accounts of the Imperial family, helping to flesh out Anderson’s narrative.

Despite personal visits and refusals to recognize Anderson by Princess Irene of Hesse and by Rhine, the Tsarina’s sister, and by the Tsar’s younger surviving sister, Grand Duchess Olga, Anderson never refuted her claim. Eventually, pressure from surviving Romanovs, whose suffering at such a devastating fraudulence bears noting, cost Anderson her ability to earn a living off those who believed her. She immigrated to the United States—where she’d received significant positive publicity—and married Gleb Botkin, a fervent supporter of hers and the son of the murdered Imperial physician. Anderson went to her grave in 1984, saying she was Anastasia.

It wasn’t until 1991, with the official discovery of the Romanov skeletons, that DNA testing determined Anderson wasn’t related to the Imperial family.

It wasn’t until 1991, with the official discovery of the Romanov skeletons, that DNA testing determined Anderson wasn’t related to the Imperial family. Her case nevertheless stirred lasting appeal, inspiring books and films depicting Anastasia’s survival, with four other women taking Anastasia’s identity, though none attained Anderson’s notoriety.

Lesser known Romanov claimants include Polish-born Eugene Ivanoff, who, in the mid-1920s, around the same time as Anderson, announced he was the missing Tsarevich Alexei. One of the first to assert the identity of the Tsar’s hemophiliac son, he sparked major attention. Six other women also made claims to be the Tsar’s daughters Maria, Tatiana, or Olga, irrespective of Grand Duchess Olga’s indisputable survival. Lastly, a Dutch woman had the fantastic claim of being the fifth daughter of Nicholas and Alexandra, born in secret in 1903 when Alexandra suffered a purported “hysterical pregnancy,” although no records indicate the Tsarina delivered a child at said time. Not surprisingly, Anderson corresponded with this claimant, informing a British newspaper that the Dutch woman was her long-lost sister. By then, Anderson, who may have begun her journey as a deluded pawn, had fully embraced her false identity.

We now know the Tsar and his family, along with their four servants, were murdered in the House of the Special Purpose. Alexei and his sister Maria went missing until their discovery at a nearby burial site in 2007, with a second series of DNA tests in 2015 concluding 99% probability that the discovered remains are the missing Romanovs. Yet the romance of a surviving heir from Nicholas and Alexandra’s bloodline continues to enthrall.

Perhaps we simply can’t accept that those of such privilege could end up as they did, though history is strewn with victims of violent upheaval. Or perhaps we unwittingly yearn for a time when royalty was still regarded as supreme, immune to execution or progress. We see this yearning in our obsession with the British royals and conspiracies surrounding Princess Diana’s death. For whatever reason, the idea that a child could evade a Bolshevik death squad or a princess’s car could be tampered with attracts us more than cold truth.

More troubling for us as a culture, our fascination with wealth and power seems to go hand-in-hand with eagerness to see the privileged duped, to revel in immoral tricksters who bypass restrictions and delude us into believing the impossible. Only we can say if this is resentment that so much wealth benefits so few or childlike hope that a fabled dynasty like the Romanovs may one day be resurrected. 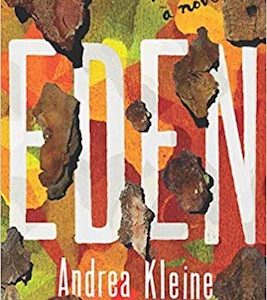