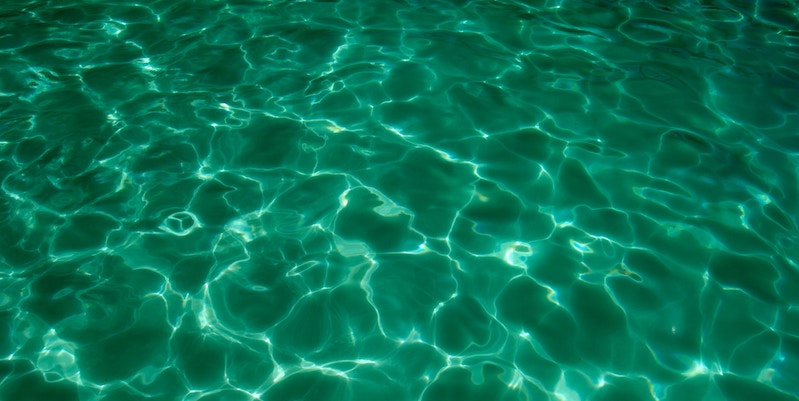 You recognize him by now. The coach or the team doctor, looking sad and helpless and slight, after his secrets have come to light. He was beloved and trusted for so long. Now, revealed as a devil, his face seems more bewildered than remorseful.

Their names are Larry Nassar and Andy King and Rick Curl and Barry Bennell and the list keeps growing: convicted sex offenders who worked for a very long time with young athletes, helping to shepherd them to the top of sport. Thousands of mothers and fathers drove their children to them, trusting in their expertise, believing in their special abilities to assist gifted kids in achieving their dreams.

Warning signs go unheeded. Complaints ignored. Governing bodies complicit, through willful blindness. Until one voice is heard. And it’s followed by many others.

Over the last few years, we’ve become accustomed to these scandals, to the parade of these men—and they are almost always men—whom we’ve entrusted with the young and the talented. They abused that trust, wielded power in ways that sicken, and in many cases, they got away with it for decades.

They are villains, and for the crime writer, a source of dark, disturbing material. Indeed, the presiding judge in the Larry Nassar case, Rosemarie Aquilina, is also a crime novelist. (Her most recent, Triple Cross Killer, was released in December 2017.) It was Aquilina who allowed every victim to speak in court to Nassar as long as she wished, a decision that provided one of the powerful testimonials of abuse in history.

Gymnastics and swimming are perhaps the two most prominent Olympic sports that have been rocked by cases of sexual abuse, though it is hardly limited to those two. The case of Barry Bennell shook the world of British soccer. In February, the coach and serial pedophile was sentenced to 31 years in prison for his years-long abuse of young boys. The presiding judge in that case, Clement Goldstone, called him “the devil incarnate” whose actions were “pure evil.”

Their names are Larry Nassar and Andy King and Rick Curl and Barry Bennell and the list keeps growing: convicted sex offenders who worked for a very long time with young athletes, helping to shepherd them to the top of sport.

The same sentiments (“spawn of Satan”, for instance) were expressed for Larry Nassar, the team doctor and physician for USA Gymnastics and Michigan State University, whose cumulative sexual assaults included over 250 young women. In February, he began serving a sentence that will ensure he dies in prison. His victims included virtually all members of the 2012 and 2016 U.S. women’s gymnastics teams; the case has led to a massive purging of the sport’s leadership, including the resignations of the president of USA Gymnastics, Steve Penny, and the president of the United States Olympic Committee, Scott Blackmun.

My own sport—swimming—has been the subject of multiple exposés that have described an almost institutional tolerance for coaches who prey on underage swimmers. Also in February, the Orange County Register published a lengthy investigation that alleged the cover-up of hundreds of sexual abuse cases.

As a former Olympic swimmer who heard the stories and the rumors like everyone else, in an age where silence reigned, it was impossible for me not to tap this well when I began writing crime fiction. My first book, Under Water, centers around a troubled teenage swimmer whose older brother was an Olympic champion. My new book, Against Nature, traces a different strain of abuse—back to the doping experiments of East Germany, when a generation of young women were used as high-performance guinea pigs in a state-sanctioned pursuit of excellence by any means.

When it comes to the abuse of young athletes at the hands of monstrous men, the past is never past, it just moves somewhere else, takes on a new shape. To be great requires sacrifice, that much is gospel. And to make sacrifices means to live with discomfort. It means enduring pain—both mental and physical—in the pursuit of far-off goals. It often means signing over your life, or most of your waking hours, in any case, to a man you trust, one who can help you reach the top of the mountain. The dangers of abuse are inherent.

It’s often said that predators seek out positions with access, with proximity to potential victims. Yet, despite this most fundamental fact, these monsters continue to find ways in. They hide in plain sight, and even now, as more and more find the courage to speak up, they are still out there. They always have been.

As both a writer and a father, the revenge fantasies are palpable. You can say you don’t believe in torture and stand against capital punishment, but when confronted by these stories, when you read about the actions of these monsters, you may rethink what you’re capable of.

Article continues after advertisement
When it comes to the abuse of young athletes at the hands of monstrous men, the past is never past, it just moves somewhere else, takes on a new shape.

Crime fiction has long served as a cathartic outlet for these violent notions. The fathers of Larry Nassar’s victims might never be able to rip off his head and tear him limb from limb, but there can be a certain comfort in seeing revenge exacted on the page or on the screen. Liam Neeson’s Taken franchise has done almost a billion in box office for a reason.

In real life, we get ambulance chasing lawyers, with their beady eyes of greed, seated alongside another young woman, making the rounds on the talk shows. (If you track these cases with any regularity, you’ll notice one in particular who manages to infiltrate himself into negotiations of seemingly every financial settlement.) In life, we get legal justice that often feels like anything but, no matter how long the sentence.

But in fiction, we can feast on true justice. We can take these monsters who’ve abused in the worst possible ways—harming children, our children—and we can destroy them down to our hearts of darkness.

I realize these are not particularly Judeo-Christian values, turning the other cheek and all that, however, who reads crime fiction for forgiveness? We read it—I read and write it—to set things right. To step into the chaos, confront evil, and defeat it.

Nothing may ever heal the scars of abuse, but we can always turn the page. At the end of a good crime novel, you might even feel a little bit better.

Casey Barrett is a Canadian Olympian and the co founder and co CEO of Imagine Swimming, New York City’s largest learn to swim school. He has won three Emmy awards and one Peabody award for his work on NBC’s broadcasts of the Olympic Games in 2000, 2004, 2006, and 2008. Casey lives in Manhattan and the Catskill mountains of New York with his wife, daughter, and hound. His latest book is The Tower of Songs, published by Kensington Books.
http://caseybarrettbooks.com 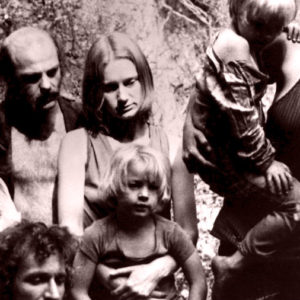 Like many bookworms my age, I devoured Vincent Bugliosi’s account of the notorious 1969 homicide case back when it was a bestseller...
© LitHub
Back to top