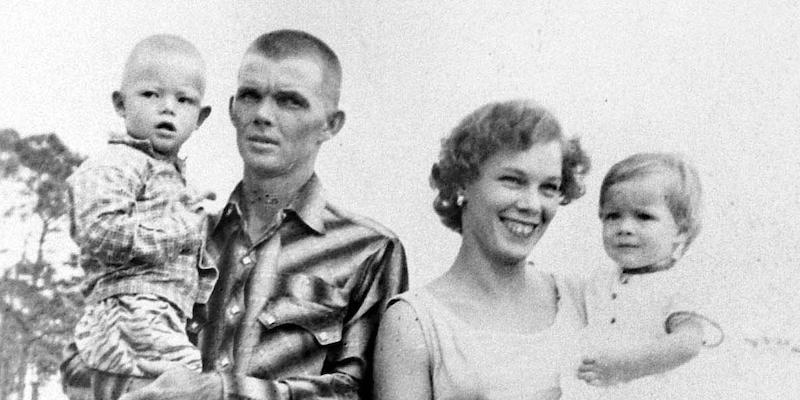 'In Cold Blood' and the Murders Truman Capote Missed

We know about the case of the Clutters, but in Florida, the Walker family was murdered under near-identical circumstances.

In Cold Blood. Even sixty years after the Clutter family was killed, books continue to be written about the case, about Capote’s involvement with it, and even the way it influenced his friend, Harper Lee, in the years following what he denied was a collaboration. (See: Casey Cep’s Furious Hours: Murder, Fraud, and the Last Trial of Harper Lee, 2019.) Movies too, including Capote focus on his interviews with the perpetrators as they awaited execution. A true crime television series on the case appeared as late as 2018.

For those few crime drama aficionados who aren’t familiar with the case, in late November of 1959 two petty felons, Richard Eugene Hickock and Perry Smith, arrived at a house near Holcomb, Kansas. What started as a robbery ended in the violent deaths of the mother, father, and two teenaged children.

Capote was obsessed with the case of the Clutters, as was the rest of the country, and even more so with Perry Smith, one of the killers on whose recollections he relied. Indeed, so convinced was he of the truth of Smith’s assertions that what we get is a picture of the case, of Smith, and even of Richard Eugene Hickock, Smith’s partner, almost exclusively through Smith’s telling. From that perspective, Smith is a soulful, physically disabled poet who loves music and didn’t want to kill anyone. He paints in his cell and copies wise sayings into his journal. He had a traumatic childhood, abandoned by his mother. Hickock on the other hand has no excuses. Raised in a loving, stable family, he is nevertheless portrayed as a brainless thug and pedophile who intended from the start to “leave no witnesses.”

What Capote was not obsessing over was the near-identical murder of the Walker family.

As real as the Clutters, the Walker family was killed one month later in a small town near Sarasota, Florida. The circumstances were remarkably similar. Mother, father, a son and a daughter shot, their bodies left near the Christmas tree. There were slight differences in the gruesome but critical details: Mrs. Walker, who at first was alone in the house, was raped before she was shot. Mr. Walker arrived shortly after that, with the two children. He and his son were gunned down upon entering the home, and the wounded toddler drowned in the bathtub.

A greater coincidence is that Smith and Hickock were in Florida at that time, after they killed the Clutters, during a long road trip that took them from Kansas to Mexico to California to Miami to Las Vegas where they were ultimately captured. Several whole chapters are devoted to their travels.

But only a scant few lines are given to the Walkers.

Half of a paragraph on page 199 and another on page 258 mention when Smith and Hickock agreed to take a polygraph test.  They were suspected because on the day in question, December 19, they had been placed—according to them—in Tallahassee, Florida, a few hours north of where the murders occurred. Interestingly, Smith told Capote, and Capote reported, that the two men had passed through Sarasota on their way to Miami where they spent Christmas. Police reports from the area, however, had the locations flipped, with the men going through Sarasota on their way back north.  If that’s true, then Smith in his “recollections” to Capote was weaving a tale about their time in Miami that was untrue, and Capote fell for it.

Conceivably, Capote was duped by Smith who was either entertained by the attention or felt he might be able to use Capote to get his sentence changed to life imprisonment.

“Immaculately factual,” Capote claimed about his book. Though by this time everyone agrees it was anything but. Conceivably, Capote was duped by Smith who was either entertained by the attention or felt he might be able to use Capote to get his sentence changed to life imprisonment.

Here is the considerable amount of evidence in the Walker case: A cellophane wrapper from cigarettes that Mr. Walker did not smoke. A bloody palm print on the faucet of the bathtub where one of the victims was drowned.  A pocket knife found on Dick Hickock that was similar to one Mr. Walker had owned. Part of Mrs. Walker’s high school majorette costume taken from a cedar chest. A beige ’57 Chevy seen in the vicinity of the house when the Walkers had been looking to buy a ’57 Chevy. A baby doll sold by Hickock to a minister in Louisiana on their way back west, and wrapping paper found in the car they were driving similar to that under the Walker’s Christmas tree. A cut on Hickock’s face was consistent with what might have been made defensively with a high heeled shoe. Finally, traces of semen found in Mrs. Walker’s underpants.

And yet, the only investigation of Hickock and Smith was a polygraph test that they both passed, after which suspicions were casually dropped.

Polygraph tests have been largely discredited in our time. In the sixties semen could only be matched to the blood group and not to a specific individual. No one thought to match the bloody palm print on the bathroom faucet to either man. Why not? Was it because forensic science wasn’t advanced enough for law enforcement to think in ways that you and I have grown used to from watching CSI? Or did Kansas Bureau of Investigation stonewall the Florida investigators because they had the Clutter killers and didn’t care about anything else? That they didn’t want another case to muddy up the solid lock they had on the men’s conviction for the Clutter murders? It wouldn’t have been the first time that jurisdictions didn’t cooperate.

It wasn’t until 2014 that a determined Sarasota detective finally got approval to exhume the bodies of Smith and Hickock near where they were executed by hanging in 1965. DNA extracted from their bones was analyzed and then a match attempted to the semen that had been preserved from Mrs. Walker.

The good news was that the analysis of the semen excluded a relative of the Walkers, who had lived under suspicion all the decades since the murders. The bad news is that the match to either Hickock or Smith was “inconclusive.” Either they weren’t the perpetrators, or the sample was too corrupt to provide an accurate analysis. We’ll never know. The case remains unsolved.

“Who killed the Walker family?” is the real-life question that drives the fictional plot of We Were Killers Once. All along the way, actual physical evidence and events are teased into a reimagining of what might have happened. And the answer? What if there was a third man, just a boy at the time, who traveled around the country with Hickock and Smith? What if he was the unnamed ‘hitchhiking boy’ who rode with them for a while and picked up empty bottles for cash? What if he’s still alive, physically fit enough to be dangerous, and terrified that new forensic science techniques will link him to crimes he has been able to hide his entire life? What if he discovers that Hickock himself wrote another confession just before his death that could explain everything?

Cut to retired FBI agent Brigid Quinn and her beloved husband Carlo, a former priest. They’re trying to enjoy their late-in-life marriage. But a memento from Carlo’s days as a prison chaplain, recently discovered in a bin of old papers, links him to Hickock’s confession, and makes him the target of that third man. Now the third man is coming for Carlo.

If googling Walker Family Murders or visiting Wikipedia isn’t enough for you, check out In Colder Blood by J. T. Hunter which details everything about the case, from the general investigation, to the suspicion cast on Smith and Hickock, to the exhumation of their bodies and the ensuing DNA findings in 2014. Other titles of interest in the Clutter case are Truman Capote and the Legacy of In Cold Blood by Ralph V. Voss, University of Alabama Press, 2011, and And Every Word is True by Gary McAvoy, Literati Editions, 2019.

Becky Masterman is the author We Were Killers Once, the fourth book in the Brigid Quinn series. She lives in Tucson, Arizona, with her husband who really is an Episcopal priest. She never worked for the FBI, however, but only for a company who publishes forensic and law enforcement titles. As such, she knows very little about forensics, but knows everyone who does.

"L.A. Was Poisoned For Me": Inside the 20 Year Cover-up of The Notorious B.I.G.'s Murder 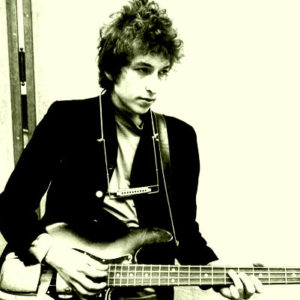 Given his status as America’s greatest musical storyteller, if not its all-around greatest songwriter (it’s not like...
© LitHub
Back to top