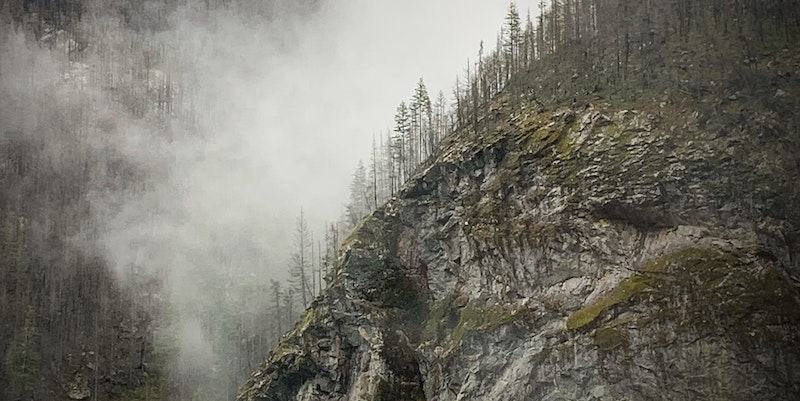 How psychological thrillers allow us a glimpse into the unexplored universes of the mind.

My first novel gave me my breakthrough in Germany as an author of psychological thrillers. It was also a type of self-therapy, and all without my knowing it. When I gave my good friend Thomas the first draft to read, his eyes opened wide at me and he said, “You’re essentially describing exactly what we experienced with Paul.” That experience I had with my best friend and mentor back then was probably the decisive factor in my becoming interested in the mysteries of the human soul. I wouldn’t be an author today without it.

Due to our big age difference, Paul was like a second father to me. Unfortunately, Paul was very sick. It wasn’t like cancer eating away at you on the inside but a mental anomaly that my younger self either didn’t recognize or didn’t understand. I knew he drank. From his stories, I’d concluded he was doing so because of personal problems: custody battles, prohibited from having contact with his own daughter, etc. I felt sorry for him and his problems and loved him for his creativity.

Whenever I’d visit Paul, he’d tell me an interesting new story that was so unbelievable I simply wanted to believe it. For example, he would reveal to me that he was a famous author whose works had already been filmed, but he was writing under a pen name. His story was so lacking that any reasonable person would start having doubts about such a ludicrous tale. Why would a bestselling author, who in his own words was worth millions, reside in a completely ordinary two-room apartment while working at a moderately paid media job on the side? But Paul was such a good storyteller that not only I but many of our co-workers bought his star Hollywood author status and tried in vain to find out which famous name was his in the author world.

One day Paul invited me out to eat. I met his wife and his little daughter Emma. The mood was tense, but wasn’t that a normal thing when seeing each other again after a long separation? At least they were managing to get back on friendly terms with one another.

About two years later Paul called me, completely distraught and slurring. He was obviously on sedatives. His daughter Emma had been hit by a car and died. A hit-and-run, while she was with her mother in Berlin to visit Paul. They were hoping to get back together, then this tragedy. I was stunned. Paul sounded out of his mind. He wanted to locate the driver of the vehicle who’d fled so he could kill him.

I went over to his place and after a good deal of persuading was able to get him into a private psychiatric clinic where he started detoxing from the drugs and alcohol. The day after he’d checked himself in, the police showed up at my door. Wanting to know if I knew a guy named Paul. It had come to their attention that my friend had been asking around about a hitman, to have a man killed. I tried reassuring the police. Paul wasn’t thinking straight; he was still in shock from his daughter dying.

Then came, just like in my books, that one line. The turning point that cut my feet right out from under me: “What daughter?”

Paul had never been married. Had never had custody issues. Never even had a daughter. The woman he’d told me was his ex before entering the restaurant was really a former co-worker from early in his career. Emma was her daughter, but not Paul’s. (How could I know? Was I supposed to start interrogating them? “So tell me, were you two really married?”)

Paul was living in an imaginary world, in a lie that he himself believed.

Years later, without my realizing it, my subconscious crept in as the co-author of Therapy. I was writing about a girl who disappeared from a doctor’s treatment room without a trace, while the father is led to believe that she’d never gone in there.

It seems hard to imagine that I didn’t notice the parallels when writing it. But that’s exactly how it played out, I swear. Which is why my very first book taught me something: The readers aren’t the only ones having the unexplored universe of our minds revealed to them in a psychological thriller. It’s the author as well.

Probably one of the most pressing questions of humanity, one that readers keep asking more than anything and whose answer we search for in books among other things, is that of the meaning of life. Why are we here?

The “why” in that question creates issues, but so does the “here.”

What is here? Psychological thrillers reveal insights into the human mind in thrilling ways, along with the frequent realization that there’s no such thing as a universal here. A lot of people live in a different reality, such as Paul, who genuinely thought he was a famous writer who lost his daughter in a car accident.

In psychology there’s even the widely known phenomenon of codependency. Two people sharing the same delusions. Multiple people can therefore be living in the same here and yet in another universe as well.

People love to plunge into an unexplored universe, readers especially. And we’re even more astounded when we discover that this unexplored universe exists in our very close proximity. In my view, the fascination for psychological thrillers can be explained in part by the fact that they deal with one of the last unexplored universes of all, one we carry right inside us: the human mind.

For me, the soul is like a deep ocean. A region where barely anyone’s been but of which everyone has some diffuse notion. At the same time, it’s fascinating that so much of everyday phenomena hasn’t been explored. Scientists are still arguing about what’s happening exactly when we’re sleeping. It’s such a strange concept for us all to lose our consciousness for several hours a day. Who are you when you’re sleeping? That was the initial question behind my thriller The Nightwalker, in which a sleepwalker puts on a helmet cam at night so he can film what he’s experiencing in his sleepwalking state.

A psychological thriller has the ability to spirit us away, hundreds of pages deeper and deeper into this mysterious world that we all carry inside us and yet seems light-years away. And maybe we’ll never succeed in grasping all the mysteries. They’re so partly fantastical they display a nearly supernatural character. We only need to think of hypnosis, of near-death experiences, or of people who after severe brain injury are able to recite whole phone books by heart within minutes.

Basically, the exploration of our minds is a paradox. We’re attempting to decipher our brain using our own brain. That’s sort of like attempting to see our own eyes without a mirror.

Basically, the exploration of our minds is a paradox. We’re attempting to decipher our brain using our own brain. That’s sort of like attempting to see our own eyes without a mirror.

Psychological thriller authors have a great responsibility, which is another thing Paul’s story taught me. We live in a society in which mental illness, like depression, for example, is often seen as taboo. A good psychological thriller, though, doesn’t stigmatize the patients using stereotypes but creates empathy for the causes and solutions surrounding their illness. It speaks to people who, out of interest in their world, wish to gain access to other worlds as well as understand those living in them. It can also have profound resonance for those affected. They feel understood and less alone, something I see reflected repeatedly in readers’ letters.

We all live in diverse worlds and are able to have such different sensory experiences within them. What a cruel moment it must be when a person becomes aware that the things they considered to be real were in reality only taking place inside their head.

The challenges involved in differentiating between delusion and reality is one of the main themes appearing over and over in my works. In The Package, a psychiatrist diagnoses herself as having all the signs of paranoia but simply isn’t able to treat herself. Telling a mentally ill person they should quit imagining things is somewhat like urging someone with asthma to not cough.

Why are we so fascinated by probing the human soul through psychological thrillers? Reading itself is a fantastical psychological phenomenon, comparable to hypnosis. We’re not staring at a pendulum while reading but at words. And the longer we do, and the better command the author has of their craft, the more intensely the reader’s imagination gains access to new worlds that they can hear, see, smell, feel and taste.

And sometimes, when things are really exciting, we get so far caught up in that fictional world that back in our own reality we even miss our bus stop because of it.

But don’t worry, I’m not aware of any case where a reader has gone so far astray that they can’t get out of their fictional world any longer. Although . . . when I think about it . . . are you certain you’re right now reading an article from a German author about how psychological thrillers probe the human abyss? 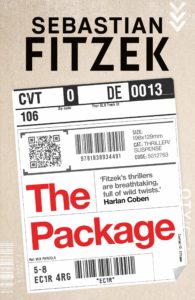 Sebastian Fitzek has been published in twenty-nine languages including Dutch, Italian, French, Norwegian, Portuguese, Spanish, Gree, Russian, Turkish, Polish, Bulgarian, Danish, and Japanese. He is a number one bestselling author in Germany, where he lives. This is his American debut. His latest thriller, The Package, is now available from Head of Zeus publishing.

Jane Harper: The Australian Crime Author Everyone Seems to Be Reading 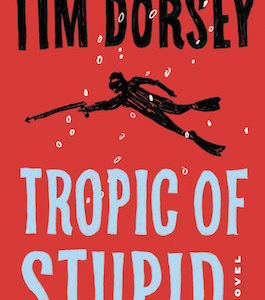 Pontoons crashed across ocean swells. The Kokomo Cat II cut a straight bearing toward something in the distance: a single...
© LitHub
Back to top