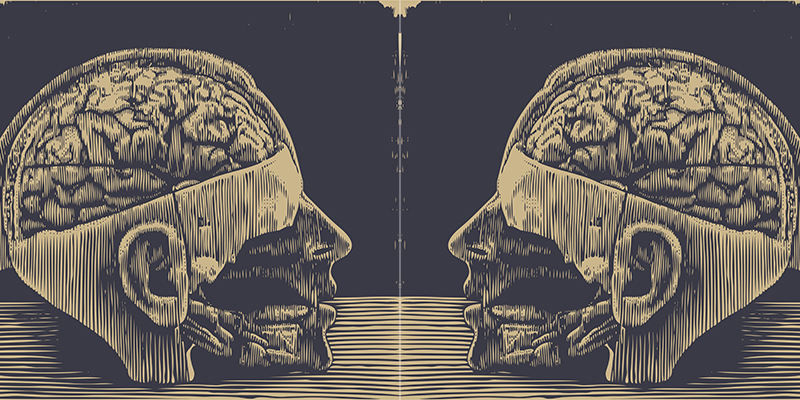 A historical fiction author considers lobotomy and the long struggle for women's autonomy.

There are many things that do not qualify me to be a person who wrote a novel about lobotomy. I’ll start easy: I am not a trained writer. I always loved to write, and I am a voracious reader; but, for most of my adult life, my writing was PowerPoint presentations for media executives. I’m also not a doctor. Nor am I a psychiatrist. Oh, and blood and gore make me squeamish. However, like many fiction writers, I do have an active imagination, and I approach most situations by asking, “what if?” That’s what happened when I was reading the non-fiction book Get Well Soon: History’s Worst Plagues and the Heroes who Faught Them by Jennifer Wright. I read her chapter about lobotomy and Walter Freeman II and my wheels started turning.

Walter Freeman II was the doctor (a neurologist and psychiatrist but not a surgeon) who both introduced lobotomy in the United States, and “improved” the hospital brain surgery by adapting it into a 10-minute office procedure, that he initially performed with an ice pick. An actual ice pick. From his freezer. In one particularly disturbing incident, Wright describes Freeman going to the motel room of a man who had failed to appear for his court-ordered lobotomy and lobotomizing him on the spot. No sterilization. No proper equipment. He traveled the country in a car that some claimed he called his “lobotomobile” (he didn’t,) performing dozens of lobotomies a day. And this was in the 1940s and early 1950s. This doctor was one beat shy of a serial killer, and that idea seized my imagination.

At the time, I had left corporate America and was struggling. I had started writing a novel about it, to exercise my brain, and it occurred to me: if I was feeling this way in another era, say during Freeman’s heyday, my husband could have decided to have me lobotomized. This might be extreme, but it was the “what if” that took me from dabbling in writing to having a story that I was desperate to tell.

As a former history geek, I love to read historical fiction. Part of it is feeling that I’m learning while I read, like studying without the boredom; but, also, it’s being transported to another time and place where the world view is so decidedly different. My favorites are the ones where fact blends so effortlessly with fiction that you are left asking “Did that really happen?” and find yourself scrambling to research and learn more after the book is finished (or, maybe, in the middle too.) That was my goal with The Lobotomist’s Wife.

As I began my research, I found many articles simply vilifying Walter Freeman II as a mad doctor driven entirely by ego. As I dug deeper, I began to understand that, at least initially, his motives were genuinely altruistic. When Freeman first introduced lobotomy, the treatment of the mentally ill was abysmal, especially in public asylums. By rendering violet psychotics placid enough to, in some cases, leave these institutions and go home, Freeman believed he was not only improving their quality of life, but also easing the burden of the state by making former patients “productive members of society” again. With hindsight, it is easy to simply revile a man who, ultimately, was in many ways a butcher, but there was more to Freeman than that. He cared about his patients, followed them throughout their lives, kept every card they sent him; he might have had a warped perception of success, but he believed in what he was doing, nonetheless.

I open my book with a quote from the early feminist philosopher (and mother of Mary Shelly, who wrote Frankenstein) Mary Woolstencraft: “No man chooses evil because its evil; he simply mistakes it for happiness, the good he seeks.”  This was the lens through which I sought to tell my story, in that liminal space between right and wrong, good and evil.

I decided the best way to explore this grey area was through the lobotomist’s wife. The minimal accounts I found of Freeman’s actual marriage indicated that it was a strained one. His wife Marjorie was an economics professor and a supposed alcoholic. They had four children and lost one in a tragic accident (he fell off a cliff while hiking with Freeman,) which seems to have driven Freeman more towards his work and away from his family. This was not what I imagined for my story, so creating a new wife became the launching pad for my fiction.

I wanted this to be a propulsive read and the natural tension between what we know about lobotomy now and what they knew then made that relatively easy. But I also needed the reader to feel the drive to support this barbaric practice. To believe that there was a moment in time when even smart, progressive, caring people in the field of mental health might have been wowed by lobotomy. Hopefully Ruth Emeraldine, my lobotomist’s compassionate wife, takes readers on this journey. Ruth’s own life experiences—losing a brother to mental illness and witnessing first-hand the shortcomings of even the most progressive treatments of the time—make her willing to believe in lobotomy’s curative power and, my hope is that, through her eyes the reader comes to root for this miracle cure. I also wanted to humanize Robert Apter, my lobotomist. Because if the reader sees the humanity of his motives, it is even more powerful when he loses sight of that in the myopic need to be right. That seems to be what ultimately happened with Walter Freeman II.

It is a delicate dance to write fiction about something real. I chose to use the timeline of lobotomy as the factual spine of my book, and let my imagination create the rest. So, while the patients (other than Rosemary Kennedy) are not real, the underlying details are based on my research. Every surgery, every new medical development, representations of the negative long-term effects of lobotomy, even the idea that the lobotomist performed a surgery in a man’s hotel room and filed an insurance claim for re-imbursement, all these details are based on facts. Still, at the end of the day, the way that they happened, who they happen to, and the fate of the lobotomist is where I take these facts and weave them into my very own fiction. Hopefully, it is one that is both enlightening to the truth and compelling as a story on its own. 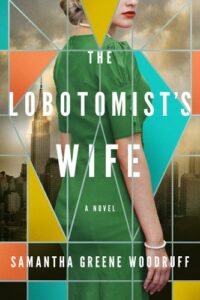 Samantha Greene Woodruff has a BA in history from Wesleyan University and an MBA from the NYU Stern School of Business. She spent most of her career telling stories to executives at MTV Networks as the senior vice president of strategy and business development and, subsequently, audience research for the Nickelodeon Kids & Family Group. After leaving corporate life, she pursued her varied passions, teaching yoga, cooking, and taking classes at the Writing Institute at Sarah Lawrence College. It was here that she combined her multifaceted background with her wild imagination and passion for history, reading, and writing. The Lobotomist's Wife is her first historical fiction novel, and she is already at work on her next book. Sam lives in southern Connecticut with her husband, two children, and two dogs. 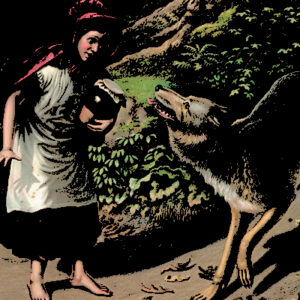 Like many authors, I find myself drawn to fairy tales. These archetypal old stories have been passed down for hundreds of years...
© LitHub
Back to top