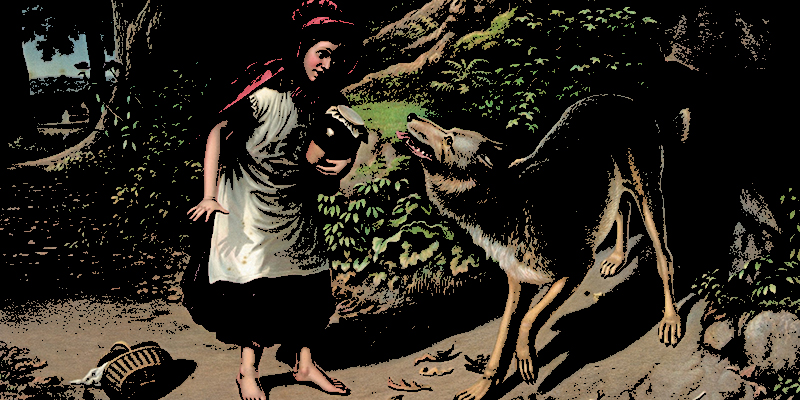 These takes on fairy tales and folklore explore the darker side of human nature.

Like many authors, I find myself drawn to fairy tales. These archetypal old stories have been passed down for hundreds of years and exist in many different forms and across many different cultures. Yet when we first encounter fairy tales, usually as children, they tend to be as watered-down, sanitary versions. I fell in love with fairy tales all over again when I began to explore them as an adult, finding the darker, original stories—such as the ones the Brothers Grimm documented—much more interesting.

When writing Midnight in Everwood, a retelling of The Nutcracker, I included a darker skein threaded through the sugary-sweet plot, one inspired by E.T.A. Hoffman’s The Nutcracker and the Mouse King, which preceded the ballet. This stopped the story from becoming too saccharine, taking it back to its darker yet more compelling origins. This list of retellings is a mixture of fairy tales and folklore (for they often intersect) that explore deeper themes and do not shy away from the darker side of human nature. I recommend starting here if you too are interested in books with that bite of darkness. 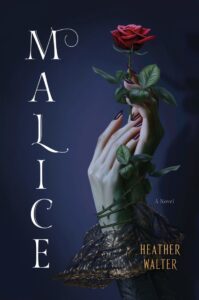 This is the first book in the Malice duology which reimagines Sleeping Beauty. Specifically, the wicked fairy who curses Aurora. It’s beautiful. It’s also deliciously dark and mesmerising as it explores how Alyce, the Dark Grace, becomes the villain everyone already believes her to be. In this book, nothing is black and white but a sea of murky grey that the author confidently dives into. 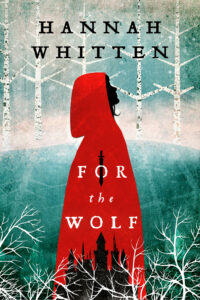 For the Wolf by Hannah Witten

Like all of my favourite fairy tales, this one takes place in a deep dark forest. Yet this is a forest with teeth and claws that forms a bloodthirsty character of its own. Witten’s debut fantasy follows a young woman that must be sacrificed to the fearsome Wolf of the Wood in order to save her kingdom. But the wolf is not the only danger she will face in the Wilderwood. This is Red Riding Hood meets Beauty and the Beast and is at times both magical and unsettling. It has gorgeous prose, a whole host of morally grey characters, and plenty of darkness. 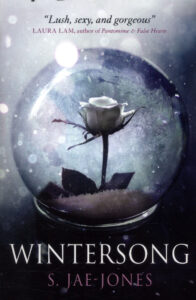 I am cheating a tiny bit with this one but let me explain my case. Wintersong is technically a retelling of the 80s classic, Labyrinth. However, Jae-Jones’ story of the Goblin King, set in 19th century Bavaria, is both folklore and historical fantasy blended into one. From Liesl being taken by the beautiful yet dangerous Goblin King to the lush setting of the goblin Underground where everything is not as it seems, this is one darkly intoxicating book. 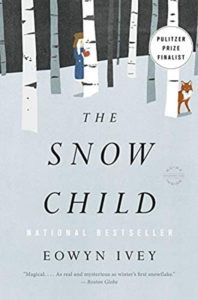 The Snow Child by Eowyn Ivey

Set during a brutal winter of 1920s rural Alaska, this is a reimagining of the classic Russian fairy tale Snegurochka or, The Snow Maiden. When a little girl, made out of snow, appears to Mabel and Jack after a tragic stillbirth several years ago, hope enters their fragmented lives and relationship once more. But is she what she seems? This novel is ethereal and beautiful. But threaded through its pages is an exploration of the difficult themes of death and loss and grief. 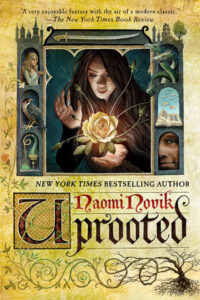 Though not a retelling of one specific story, Uprooted is planted deeply in fairy tale lore and could be argued as loosely inspired by Beauty and the Beast. Agnieszka lives in a valley beside an enchanted wood. The villagers depend on a powerful wizard magic to keep the dark, devouring magic at bay, but his protection comes with a cost: Each ten years he will take a girl of his choice to live in his tower and serve him. Novik weaves a tapestry of folklore into an original story about a corrupting wood with mysterious power and Agnieszka’s journey as she learns the truth about where she lives. 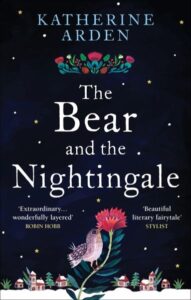 The Bear and the Nightingale by Katherine Arden

Set in medieval Russia, this historical fantasy trilogy incorporates elements of Russian folklore and mythological creatures that appear in many a Russian fairy tale. At the centre of this story is Vasya. And Frost, a feared winter demon that claims unwary souls. But in the harsh deep winter of the Russian wilderness, Vasya loves hearing the tales of Frost as her own dangerous gifts start to come to light. . . 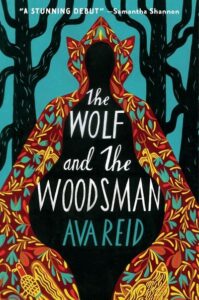 The Wolf and the Woodsman by Ava Reid

The Wolf and the Woodsman is a fantasy standalone inspired by Hungarian history and Jewish mythology, particularly the story of Queen Esther, of which the book is a very loose retelling. In a forested pagan village, Évike is the only woman without power so when the Woodsmen arrive for their king’s blood sacrifice, the villagers offer her up. However, the king’s party is slaughtered on their journey to the capital, leaving only Évike and one Woodsman alive. Who just so happens to be the disgraced prince. As the pair travel from the bitterly cold northern tundra to the capital city their hatred of each other slowly melts away but can they truly trust each other? This book is rooted in a deadly but beautiful world—as perfectly demonstrated by its opening lines: “The trees have to be tied down by sunset. When the Woodsmen come, they always try to run.’ 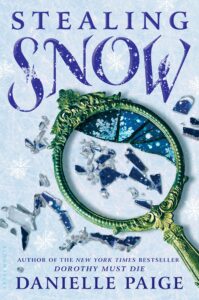 Although Stealing Snow is a young adult novel, this retelling of The Snow Queen fairy tale is a crossover novel that adults would appreciate also. Opening with Snow in an asylum in Upstate New York before she flees into the neighboring woods, this story blurs the lines between fantasy and reality and is packed with secrets, thieves and witches. It’s at times eerie and gritty, and contains lots of little fairy tale references scattered through the text as a bonus. 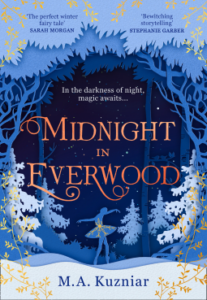 Author’s Note: Although a few of these books are published as YA in the US, they are all currently published as adult titles in the UK, with the exception of Stealing Snow.

M.A. Kuzniar spent six years living in Spain, teaching English and travelling the world which inspired her children’s series The Ship of Shadows. Her adult debut novel Midnight in Everwood was inspired by her love of ballet and love of The Nuctracker. She lives in Nottingham with her husband, where she reads and writes as much as can and bookstagrams @cosyreads. 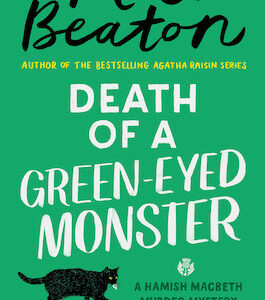 “He’s dead! He’s dead!” Dougie Tennant was squatting on the ground near his petrol pumps, rocking back and forth. Hamish...
© LitHub
Back to top