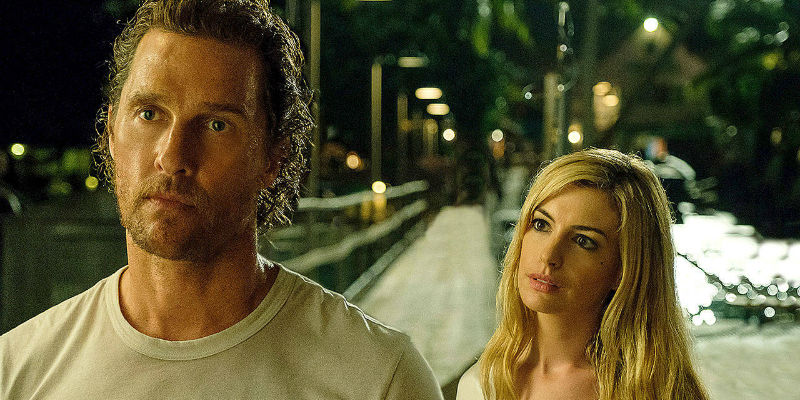 Is 'Serenity' the Worst Crime Movie of the Year?...Or Ever?

And If It Is, Don't You Want to See It More? Critics Weigh In.

A memorable neo-noir thriller hit theaters this week. Serenity, directed by Stephen Knight (Locke, Peaky Blinders), stars none other than Matthew McConaughey, an Iraq-veteran-turned-fisherman living out his days on a tropical island called Plymouth, dreaming of an elusive tuna fish he can never catch called “Justice.” A blonde Anne Hathaway appears in the form of his ex-wife, offering him a fat sum to take Jason Clarke, the abusive husband she calls “daddy,” out to sea and feed him to “Justice.” For a film with the slogan “truth lies beneath the surface,” it’s all very subtle… and completely crazy, nonsensical, incoherent, and astoundingly stupid. With a rather unambiguous rating of 22% on Rotten Tomatoes, critics are having some fun, letting their hair down; though if we’re being honest, it only makes us itch to see the madness for ourselves.

Before we cite the internet’s most unrelenting criticism, we’d like to acknowledge the past feats of writer/director Stephen Knight, who was able to pull off the thrilling and experimental Locke (2013), which maintained 85 minutes of suspense without ever leaving Tom Hardy or his SUV. It’s curious that he wasn’t up to the seemingly conventional noir premise of Serenity, but it’s possible we’ve all just missed his vision. Either way, this will be a flick to remember, at least for the critics and the cult followers—and those of us who love to hate.

On The Writing…and The Acting…The Whole Thing Really

“A lot of things have to go wrong for a film to misfire the way “Serenity” does, and all of them happen here. Knight’s unintentionally campy script and direction takes a turn toward the absurd when the film’s doozy of a Big Twist arrives, turning what was merely clumsy into utter incoherence. It makes “Serenity” a case study in how things can go off the deep end.”

“Nothing could’ve prepared me for Serenity—its ridiculous dialogue, fish-obsessed characters, and all-time bonkers plot twist. You could’ve offered me a thousand opportunities to guess what the movie’s really about, and I’d never have solved it. If you had told me the plot machinations of Serenity outright, I’d have politely asked to check your kitchen cabinets to ensure nothing was somehow laced with LSD. Serenity is an early and clear front-runner for WTF movie of the year.”

“The acting is annoyingly mannered. The writing is juvenile and on the nose, to the point where the same plot information is repeated every two minutes just in case the audience suffers from extreme short-term memory loss. The depicted sexual abuse and violence is edgy in a way that only a 12-year-old boy would find titillating.”

“McConaughey and Hathaway share a mesmerizing anti-chemistry, not only implausible as lovers but as occupants of the same dimension. When she coos remembrances of losing her virginity to Baker in his tempted ear, it’s supposed to be tragically romantic, or at least sexy. Instead, the viewer begins mentally tabulating whether a sixteen-year-old Anne Hathaway bedding an equivalently de-aged Matthew McConaughey would qualify as statutory rape. (It would.)”

“As far as the sex scenes are concerned, I’d rather watch Tommy Wiseau attempt the grownup with a woman’s belly button in ‘The Room.’”

“Serenity plays like the bastard child of Body Heat and The Sixth Sense, minus the heat and the sense….And yet the batshit bonkers Serenity fails on every level, first as entertainment and then as a new-agey thumbsucker about a magical, mystical tour through the subconscious. Serenity finds new definitions of bad that almost make the damn thing worth watching for its magnificent flameout.” 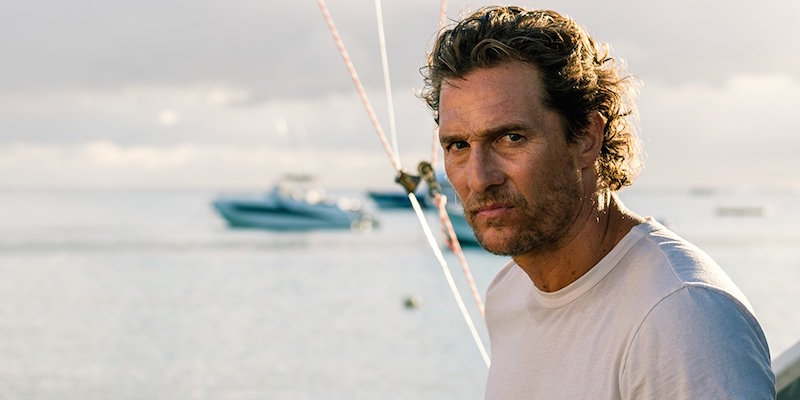 “I think human consciousness, is a tragic misstep in evolution.”

About the Important Role Played by Matthew McConaughey’s Rear End

“Miraculously, he also has a girlfriend, played by a terminally wasted Diane Lane, who serves no purpose except to provide him with repeated opportunities to show off his rear end in the nude. There isn’t a shred of passion between them. He also has no plumbing, so to take a bath he sometimes goes full monty and jumps off the top of a cliff into the sea to show even more of his gym-pumped torso. Unfortunately, it doesn’t match his ravaged face. He looks embalmed.”

“Writer-director Steven Knight’s thriller is full of ambition and the plot twist is commendable; however, the execution and tone are so off balance that the film becomes perfect material for an episode of Mystery Science Theater 3000. Steamy sex scenes, a cornucopia of McConaughey butt shots, and one of Jason Clarke’s funniest performances await the daring moviegoer, which is strange since Clarke’s character is an abusive husband and pompous a-hole.”

A Little More About That Ending

“To be honest, given how deeply the new film is dozing by this stage, I was grateful for any intervention; if Godzilla himself had stridden forth from the waves and ordered a mai tai, I would have welcomed him like a brother. What actually occurs on Plymouth, as the climax nears, I haven’t a clue, but, to judge by the dialogue (“Nobody knows anything,” “Do you even know what this is all about?”), nor does anyone else. Something fiddly, I’d say, involving love, death, salvation, and digital subterfuge. As Anne Hathaway exclaims, “All those nights on the Internet!” Whatever they pay these movie stars to keep a straight face, it’s not enough.”

“…[Knight] partially pulls the rug out from underneath us about halfway through, then yanks the whole thing out by the end, then waves the rug around in the air as if to joyfully shout: ‘Ha! This is the rug you were standing on! See? It’s not underneath you anymore!’” 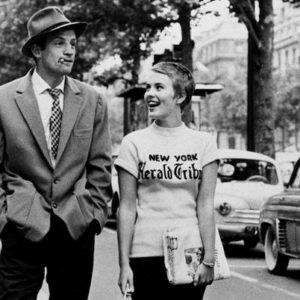 French readers appreciate superb writing, especially superb noir, especially when that noir is from the US. This has been...
© LitHub
Back to top