Is Sydney Australia's Capital of Noir?

Crime and the City explores the crime literature of Australia's biggest metropolis.

Sydney—capital of New South Wales, the biggest city in Australia with five million Sydneysiders. It’s the country’s business centre, if not the political capital; a sprawling city that stretches way out from the harbour, the bridge and the famous opera house. Most Sydney folk live in one or other of the city’s 685 suburbs. And while life for many in the ‘Lucky Country’ is calm and prosperous, there’s a whole underbelly of crime, sin and nefarious goings on out in them suburbs too.

It’s not often I start a Crime and the City with true crime books, but Australia has a long and honourable history of producing quality true crime, mostly about itself. If you want to explore Sydney’s underbelly then a good starting point is Michael Duffy and Nick Hordern’s Sydney Noir: The Golden Years (2017). The authors take us through the rise of the Sydney underworld and the city’s Kings Cross red-light district during the 1960s and 1970s. The local vice economy got a major injection (corrupt politicians and cops aside—of which Sydney had plenty of both) with the arrival of American GIs on R&R from Vietnam looking for drink, drugs and girls. This is when Sydney mobster legends like Lennie McPherson, Abe Saffron and George Freeman, rose to prominence. Sydney Noir is incredibly detailed—the card schools, the shebeens, the drugs from South East Asia, the prostitutes, pimps, standover men, and the phenomenal collusion of the mobsters with the New South Wales Police Force.

Sydney Noir has a cast of hundreds; David Hickie’s Chow Hayes—Gunman: Australia’s Most Notorious Gangster (1990) makes the whole scene very personal. Hayes was from the tough working-class Sydney suburb of Paddington. He made a living shoplifting and, as a young man, was a major player in the city’s gang wars of the late 1920s and 1930s, always carrying a revolver. In the 1930s and ‘40s he teamed up with notorious madam, sly grog seller, and cocaine dealer Kate Leigh in the eastern suburb of Surry Hills. On New Years Day 1945 he sensationally shot and killed a fellow Sydney gangster named Eddie Weyman. He carried on murdering his rivals into the 1950s before finally being sent to jail. When he got out in the mid-1960s Hayes went right back into the armed extortion business. A few more murders and he was back inside till the late 1970s. When he came out he was broke, old and had spent nearly thirty years of his life in prison. He’d married his childhood sweetheart in 1932, had four kids and lived out a quiet retirement with them until he died in his bed in his eighties. He is remembered as Australia’s “first gangster.”

And one more true crime writer from Sydney. Duncan McNab is a former police detective who has written several true crime books. Roger Rogerson: From Decorated Policeman to Convicted Criminal (2017) tells the tale of how, in 2014, former New South Wales police officers Roger Rogerson and Glen McNamara murdered student Jamie Gao in cold blood over a methamphetamine deal gone bad. McNab is also the author of The Snapshot Killer: The Shocking True Story of Predator and Serial Killer Christopher Wilder—from Sydney’s Beaches to America’s Most Wanted (2019). McNab also wrote a good biography of Abe Saffron (noted above as a star of the Sydney Noir world) and a book on the Australian contract killer Christopher Dale Flannery—Killing Mr Rent-a-Kill (2012). In a neat circle it transpired that early in his career as a hired killer Flannery was arrested in Sydney by the aforementioned bent cop Roger Rogerson, who let him go upon payment of a substantial bribe.

And so to Sydney’s crime fiction…

Let’s first go back to the city’s origins. In May 1787 the eleven ships of the so-called ‘First Fleet’ arrived in Australia having sailed from Portsmouth in England. They arrived to establish a penal colony. They landed at Botany Bay, just eight miles from what would become Sydney’s Central Business District. ‘Transportation’ lasted a century until 1868, and in that time 162,000 convicts were transported from Britain and Ireland to various penal colonies in Australia. Judy Nunn’s Beneath the Southern Cross (2011) tells the story of Thomas Kendall, a nineteen-year-old sentenced to transportation in 1788 for burglary. Thomas finds himself bound for Sydney. The book then follows the Kendall family through two centuries and the rise of a penal colony to a major global city.

Today’s queen of Sydney crime writing is Candice Fox, who won Australia’s most prestigious crime award the Ned Kelly (Australia’s most famous outlaw) in 2014 for her debut novel, Hades. Fox is a Sydneysider who spent a while in the Royal Australian Navy, taught at university, and now co-writes crime novels with James Patterson. Hades is the first in a trilogy (followed by Eden and Fall in 2014 and 2015 respectively) featuring Sydney homicide detective Frank Bennett and his partner Eden Archer, who prefers taking justice into her own hands. Both Bennett and Archer are, to say the least, complex characters, but to say anymore would risk spoilers. Fox has also written three Crimson Lake novels featuring ex-police detective Ted Conkaffey, who has left Sydney in disgrace to find redemption in a Queensland rainforest town. But his soul-searching is interrupted when he finds himself drawn into local murder cases by PI Amanda Pharrell, herself a convicted murderer. Fox likes to pair the emotionally burnt out with the potentially criminally insane! The trilogy comprises Crimson Lake (2017), Redemption Point (2018) and Gone by Midnight (2019).

And now Fox has teamed up with Patterson in what is by all accounts a mutual appreciation society; he a fan of hers, and vice versa. The pair jointly write the Detective Harriet Blue series—now at four books and starting with Never Never in 2016. The books are set in Sydney, though with side trips to the Western Australia Desert in Never Never, various Outback towns (Fifty Fifty, 2017), Australia’s South Coast (Liar Liar, 2018) and inside a high security Aussie jail (Hush Hush, 2019).

And finally two New South Wales crime writers who aren’t very well known outside Australian crime aficionado circles, but are worth seeking out. Patricia Carlon was born in Wagga Wagga, NSW, in 1927 and lived there, or in the Sydney suburbs, for her whole life. In the 1960s she wrote fourteen mystery novels, sometimes under the pseudonyms Patricia Bernard and Barbara Christie. The Whispering Wall (1969) and The Souvenir (1970) are perhaps her best novels and have been reissued by Wakefield Crime Classics, a publisher that has brought back many great Aussie crime novels to new audiences.

Peter Corris was an academic and a journalist as well as novelist. He’s known by aficionados as ‘the Godfather of contemporary Australian crime-writing.’ Corris was nominated for a Ned Kelly half a dozen times, and eventually was given a Lifetime Achievement award in 1999. Corris created a number of long lived, much loved and bestselling characters—Ray Crawley, Federal Security Agency director in Sydney, features in eight novels. Richard Browning, a Sydney private investigator with Hollywood ties features in a further eight books, while Luke Dunlop, an agent for the Australian Witness Protection Agency, featured in three novels.

But Corris is far and away best known for his character Cliff Hardy, the archetype grizzled, world-weary PI of American hard-boiled fiction, but with Australian characteristics. Hardy comes from Maroubra, a Sydney beachside suburb. The hard-drinking, chain-smoking ex-boxer digs through the darkest alleyways of Sydney, bumping into a colourful cast of volatile characters. Corris was prolific and produced forty-four Cliff books between 1980 and 2017. The books are Australian spins on Philip Marlowe and Sam Spade—bent cops, corrupt politicians, the city as a warzone between the honest citizen and the crooked power elites.

And that takes us back to the start—Sydney as Australia’s undisputed capital of Noir. 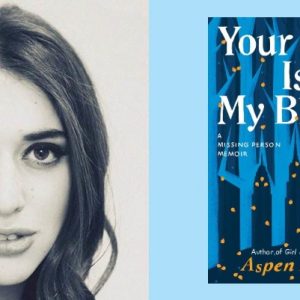 Day 2 I wake to a pale and glowing dawn, the off-white sky in my window too pallid, it appears almost snowy. But the first...
© LitHub
Back to top