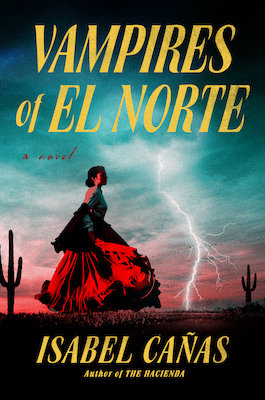 The following is an exclusive cover reveal and excerpt from Vampires of El Norte, Isabel Cañas. It is on a brisk fall evening in 1837 that young Nena Serrano, the daughter of a rancher near las Villas del Norte--Mexican frontier towns along the Rio Grande--learns that not all the monsters that prowl the chaparral at night look like the creatures of fable and folktale.
Some are far worse.

It was often said that a strange kind of magic ran in the water of Rancho Los Ojuelos, the kind that made the Spanish explorer Cabeza de Vaca go mad, the kind that made mustangs swift and the land rich. Nena knew, even as a child, that magic was a turn of phrase. A way that adults talked about bounty and blessings: with reverence, and perhaps a bit of fear, for when you had much, you never knew how much of it could be lost.

She and Néstor were thirteen that year. She knew that magic, in as many words, was not real. But as summer’s heat stretched thin and reached into fall, there was something she sensed whenever she set her palms to the soil of the herb garden behind la casa mayor or turned her face to the twilight-bruised sky. A strangeness. A ripple of unease. An understanding, though timid at first, that perhaps there was some truth to the stories of blood-hungry, nightmarish beasts and river ghosts that the abuelas on the rancho spun to keep children close to home after sunset. A sense that there was a reason to watch one’s back when shadows grew long.

For what Nena and Néstor found that night was monstrous. 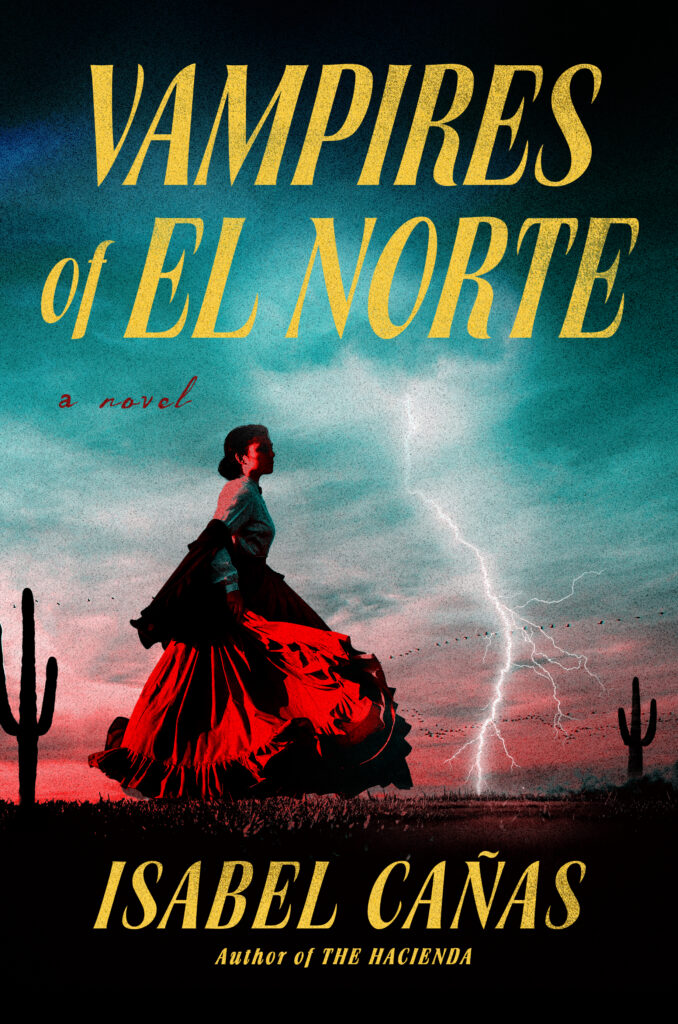 For the second time that week, Nena slipped out from under her blankets, stone floor cool beneath her bare feet. She had waited for hours, sleepless, her mind racing as she counted the heavy breaths of her younger sister and cousins. At last it was time. The moon hung full outside the bedroom’s single window, heavy as a bag of coins. By its light, she snatched an already dirty dress and slipped it over her head. It already had a muddied hem; the plans she and Néstor had would make it dirtier still. He would already be waiting for her by the anacahuita trees, a shovel in hand. Ready to dig. Ready to test the last of the fireside stories that they still believed.

Of all of Néstor’s Abuela’s stories, the tale of the Spanish count’s buried silver paled in comparison to the lurid imagery of El Cuco, cloaked and carrying a child’s severed head in the crook of his arm. When the children of the rancho settled around Abuela’s feet in a crescent of devout supplicants, they begged for La Llorona’s wails or the long talons of La Lechuza, not the tale of a well-heeled Spaniard perishing of exhaustion in the chaparral. Nena no longer feared boogeymen or ghosts snatching at her plaits when rain lashed the rancho and lightning fractured the broad, black sky. In the last year, Tejas had been ripped out of México, leaving a gaping wound in its wake. She had learned that there were real monsters to be mindful of now.

Which was why the tale of buried silver beckoned her. Its promise was a coin with two gleaming sides: the first, protection for the rancho at a time when its safety hung in the balance.

The second: a life of her choosing.

After the events of the last week, she knew she would not be at ease until she had both. Until she felt certainty about her future as concretely as cold metal in the palm of her hand.

When she pushed the bedroom door, it gave a mournful, arthritic creak. She froze, heart drumming in her ears. If Mamá woke and found her now, she would receive a sharp slap and be sent back to her room; the next morning open with a lecture on how inappropriate it was for a young woman of her age to be sneaking into the night.

But no one stirred. Not in the girls’ bedroom, nor in any of the other rooms of la casa mayor. Holding her breath, she crept across the great room to the door. Slipped on her boots with practiced silence, then tiptoed onto the patio.

Night slipped over her warm skin like stepping into cool water, sending a pleasant shudder over her shoulders. October days were hot, but when the sun set, autumn announced itself with a nip in the air, its smell piney and crisp with the promise of change.

Beyond the kitchen vegetable garden grew a copse of anacahuita trees. In the moonlight, their trunks gleamed silver with secrets. Néstor’s slim shadow waited for her there, leaning casually against the trunk of the largest tree. The boy who had kept step with her, as close as her own shadow, since they first met five years ago.

Nena hiked up her skirts and ran toward him.

He straightened at her approach. “There you are.”

His voice was like coming home. It loosened the unease that had curled in her chest all week.

“Sorry I’m late.” The words hitched as she caught her breath.

“I heard about the Anglos,” said Néstor softly.

She searched for his eyes in the dark. Had to tilt her chin up a bit more than usual to do so. It seemed as if every time he came back from three or four days in the chaparral with the other vaqueros, he was half a hand taller. His voice was changing, too. Sometimes it was ragged like torn cloth, other times it shifted and creaked like an oak in a playful breeze. But its tone was as it always had been: a question. An invitation. A door she could either open or shut.

That was the way it was with Néstor. If she chose to barrel through the door and pour out her thoughts like a torrent, he would listen. If she kept the door shut, he would ask no further questions.

Three days ago, when Néstor was in the chaparral, bearded strangers had appeared on Rancho Los Ojuelos seeking its patrón. Vaqueros brought them to la casa mayor, the great central house of the rancho, to speak to Nena’s papá, Don Feliciano Serrano Narváez. Nena had peered around the corner that separated la casa mayor’s outdoor kitchen from the patio, where the family dined and Papá received guests. The strangers were lean men, road-hardened and parched as strips of beef left out to dry into acecina. When they removed their hats, they revealed high points of faces reddened by wind and sun and pale, hungry eyes.

Nena’s mouth went dry when she realized they were Anglos. From Kansas, they said, their Spanish ripped and creased in all the wrong places. They had moved through Tejas and come farther south, seeking land. Did the patrón know of any for sale? Was he interested in selling any of his cattle?

It was like seeing El Cuco materialize before la casa mayor to ask after something as ordinary as horses for sale, one clawed hand caressing the severed head he always carried. These were the creatures of tall tales and nightmares come to life and walking in broad daylight.

Papá had kept the conversation brief, barely granting the strangers the courtesy of the shade of the patio. No, he said to all their questions. Firmly. Politely. No, and no again.

But as he watched their retreating backs, his black mustache twitched. Nena watched as he shifted his weight and clasped his hands behind his back, fidgeting with the signet ring he wore on his left hand. Apprehension circled over his shoulders like vultures. It spread to Nena. It spread to the rest of the rancho.

And so, the evening after the Anglos had appeared and left, she eavesdropped, ear pressed against her wooden bedroom door, straining to make out the irregular rise and fall of argumentative voices in la casa mayor. The women of the family had retreated from la sala as the men gathered: Papá, Nena’s elder brother Félix, and Mamá’s own brothers, the three de León uncles who also lived on the rancho. Everyone had heard of increases in cattle theft. Of good men—rancheros, even—vanishing in the night, leaving widows and unguarded land in their wake. Stories slinked like snakes through the ranchos of las Villas del Norte, the five great towns that hugged the lazy bends of Río Bravo, rattling their warnings from house to house. Had not some of Papá’s own vaqueros come to Los Ojuelos after fleeing the bloody seizure of the rancho where they used to live, the Dos Cruces land just south of San Antonio de Béxar?

Everyone knew that the appearance of a few Anglos was the harbinger of worse to come.

From VAMPIRES OF EL NORTE by Isabel Cañas, published by Berkley, an imprint of The Penguin Group, a division of Penguin Random House, LLC. Copyright © 2023 by Isabel Cañas 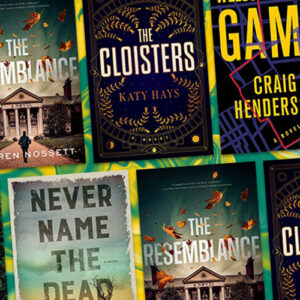