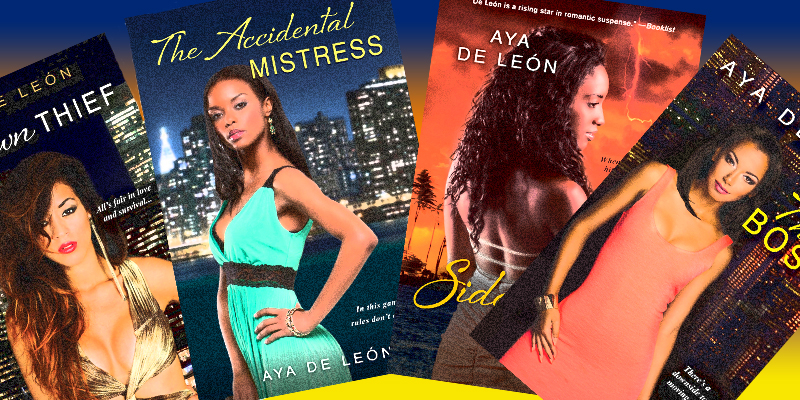 It's Time for Urban Fiction to Get Some Literary Respect

Other genres have gone mainstream. Why does the publishing world offer up the same old excuses about urban fiction?

As a teen, I would sometimes go into Marcus Books, the black bookstore in Oakland. Among their titles, they had classic urban fiction from the 70s, Iceberg Slim (the pimp) and Donald Goines. As a budding feminist, these books never centered women enough to keep my interest.

As the battle between literary and popular fiction rages on, there is no doubt that urban fiction is at the bottom of the pecking order. Crime fiction and sci-fi/fantasy have managed to gain a reputation as having many titles of literary merit. Even romance is being reviewed by the New York Times these days. But urban fiction, with its lurid covers, graphic sex and violence, and heavy focus on street economies doesn’t even make it onto the mainstream radar. On the one hand, so what? If people don’t like urban fiction, they don’t need to read it. And conversely, if folks don’t like literary fiction, they can stay in the genres they like. But in this particular historical moment, we as a nation are finally willing to take a more critical look at the way socioeconomic class works in this country, and there’s even public discourse about how class and race intersect. In particular, about how they intersect to allow increasing amounts of wealth and power to be concentrated in the hands of the very few. In this moment of greater class and race consciousness, I think it’s worth looking at how class and race work in the literary world, as well.

As the battle between literary and popular fiction rages on, there is no doubt that urban fiction is at the bottom of the pecking order.

There is much poorly-written genre fiction out there—cliché, devoid of character development, lacking depth and subtext. And the economic structure of the literary establishment reinforces those quality problems, because genre books are often compensated at a much lower scale, requiring authors to write faster and publish more frequently, only to make a fraction of the money. According to Marlon James in a recent interview, “the argument for excluding [genre fiction] is that so many of those books are formula. But we have literary fiction formula all the time. I mean, how many more middle-aged white men who suddenly rediscover their libido are we going to get?” But these are clichés that the mainstream society has deemed worthy of repetition. And in many ways, the split in the literary industry falls along class lines. However, these divisions in our literature don’t only reflect class differences, they further enforce them by segregating our national literature.

As black and Latinx authors, many of us step into the challenges of this binary structure. Over the years, I have heard many of my peers complain that their mainstream publisher doesn’t know how to get their books into communities of color, because the traditional marketing and promotion templates skew toward white audiences. Many white readers (and critics) prefer books that are more accessible to white culture, and many mainstream publishers don’t have any infrastructure in the communities of color where the books would be a natural fit.

I, on the other hand, have the opposite problem. My books are marketed primarily to young African American and Latina women. The urban fiction covers each have a solitary woman of color in a sexy outfit, broadcasting in the language of covers: “hey, young brown girl from a poor or working class background: you’re gonna love this story.” Unfortunately, however, the racism, classism, and sexism of the society means that the book broadcasts to everyone else: “this book isn’t for you. It has no literary merit, and these characters will not include anyone that you could possibly care about.”

When my TV/film agent first read my book, he thought it would make a great TV series. But when he shopped the book around Hollywood, producers took one look at the cover and said it wasn’t for them. “But you’d love it,” my agent would say. “The writing is great.” But they couldn’t imagine it. The book that was speaking to young brown girls couldn’t possibly be speaking to them, as well.

Yet that is my goal. In my books, I am writing to women in very different class positions at the same time. My goal is to have young black and brown women in the hood reading the same book as women in college, as well as activists, so-called professionals, academics, artists, and other poor and working class folks.

I blend genre to invite more people into the conversation. Some read for the suspense, some read for the sex, or the heist plot, or the happily ever after romance, or the international politics, or the family drama, some read to see unscrupulous men get their comeuppance.

Some readers are excited to see current and former sex worker heroes, or a crew of women fighting for justice that includes multi-generations, heterosexual, queer, and trans women, women of color in leadership, immigrants, and folks with disabilities. Some read because my central romance narrative always has the male love interests having to struggle through their sexism to choose love and loyalty to their partner.

Yes, I hit all the tropes. But many of us in genre fiction are working hard as writers not to just include tropes, but to play with, subvert, and complicate tropes. I refuse to assume that a work lacks depth or subtext simply because it follows a predictable set of genre conventions. In real life, crimes do get solved, people do fall in love, groups of people conspire to steal things and encounter significant setbacks before they manage to get away with it. The challenge for the genre writer is to write in such a way that the characters drive the outcomes in ways that are satisfactory and believable. And many of us genre writers are doing just that.

Despite our efforts, the questions about literary merit get read through a lens of classism. Stories by, about and for working class and poor people of color are presumed to be inferior.

Yet, despite our efforts, the questions about literary merit get read through a lens of classism. Stories by, about and for working class and poor people of color are presumed to be inferior. But there’s a difference between inferiority and accessibility. I made a decision that anyone who could read at an eighth-grade level could understand my novels. They might miss a few words here and there, but they could still follow the story. While there are multiple layers of subtext in my work, and endless political implications, there’s also a complex enough basic plot to offer an engaging read, even on the surface. This is a critical accessibility issue, because most poor and working-class folks, especially people of color are given fewer educational resources, then get systematically shamed about their intelligence in schools and other institutions. As adult readers, who wants to re-live the trauma of school? Why would we want to read things that make us feel stupid in our spare time? Forget it.

Which is part of why I write urban fiction. My #JusticeHustlers heroines are a real class mix, and they flip expectations of intelligence. The criminal mastermind in the first book, Uptown Thief, dropped out of high school to sell sex in order to keep her younger sister out of foster care. Twenty years later, she runs a health center for sex workers and returns to a life of crime to keep the clinic open. In book two, The Boss, the heroine came up from the projects in Chicago, and worked as an escort to get her Masters in Public Health from Columbia. When she takes over as executive director of the clinic, she learns about the challenges of upward class mobility. Book three—The Accidental Mistress—features a pair of immigrant sisters. One sister came to the US on a visa to a New England prep school, then went to Harvard. The other sister came undocumented and worked as a stripper, but then became a stripper union organizer. In book four—Side Chick Nation—the heroine left high school because she was being exploited by a pimp, but now she aspires to be a writer. A huge block is her internalized classism that nobody cares what girls like her have to say. However, when she’s caught in Hurricane Maria in Puerto Rico and connects with a journalist, she has an opportunity to find her voice.

All these books are feminist heists: a group of women conspiring to take wealth back from unscrupulous men of the 1%. I am essentially writing class warfare. We know that mega-billionaire money comes from unpaid female labor, exploited labor of the Global South and of the working class in the US. The heist plots are about radical wealth redistribution. And the books are genre, so the protagonists find adventure and love along the way. I believe that books with hard-hitting political analysis can be written in a way that is accessible to many different audiences.

Maybe that’s one of the big possibilities of urban fiction. The presumption has been that equality will be achieved when excluded folks move up into the upper echelons of society—college, corporate America, and other elite institutions. This is why the Obama presidency was misread as the final breakthrough that would end racism and transform society. But maybe the opposite is true. Maybe a more powerful route to justice would involve folks from more privileged backgrounds developing a willingness to engage with the realities and perspectives of coming from poor and working class people of color on their own terms, such as the people who inhabit the denigrated worlds of urban fiction. 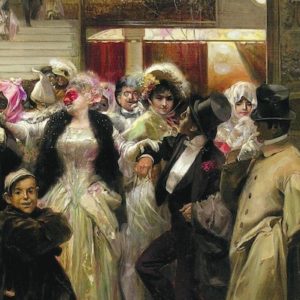 In Alexander Dumas' The Three Musketeers, the main antagonist Milady de Winter is a malicious, scheming, merciless woman....
© LitHub
Back to top