On the archetypes of female villainy, from “Women on-the-Make” to “Spiteful Shrews and Harridans.”

In Alexander Dumas’ The Three Musketeers, the main antagonist Milady de Winter is a malicious, scheming, merciless woman. As a spy, she will seduce and deceive to fulfill the orders of her handler, Cardinal Richelieu. In her personal life she’ll happily kill in the name of revenge. Dumas painted her as a purely demonic figure, beautiful but beyond redemption. However, my fascination with the character led me to a deeper exploration of Milady’s history and inner self. The result is my new book, Milady, which is both an origin story and a re-imagining. Writing Milady led me to think about the evolution of female villains in 19th century fiction.

In the world of 19th century novels, there weren’t many truly villainous females. The era’s “bad” women of fiction can be roughly divided into two categories: “Women on-the-Make” and “Spiteful Shrews and Harridans.”

The era’s “bad” women of fiction can be roughly divided into two categories: “Women on-the-Make” and “Spiteful Shrews and Harridans.”

One can look to Becky Sharp from William Makepeace Thackeray’s Vanity Fair as the quintessential example of a woman on the make (and the template for many social climbers to come). In what is subtitled “A Novel without a Hero,” Becky struggles to make her way up in the world by any means necessary—seduction, lying, gambling. After dizzy ascents and crashing plunges of fortune, her old flame dies under suspicious circumstances (rather like Milady de Winter’s second husband) and she finally gets what we all dream of: a reliable annuity and a home in England. Anthony Trollope gave us several such women, including Lizzie Eustace from The Eustace Diamonds.

These ambitious, unscrupulous women were, and still are, some of literature’s most fascinating characters. Readers can both root for them and condemn them at the same time. Modern readers are more apt to do the former than the later. But according to the morals of the time there was a firm dichotomy in what was expected of a woman. She should try to make a great marriage (the only measure of success), but she should never be seen to be trying. These women are “bad” because their scheming is laid bare on the page.

Mrs. Proudie, the domineering virago who henpecks her husband the bishop through several books in Trollope’s Chronicles of Barsetshire series, is emblematic of the era’s many literary shrews. Like Milady, she was a character I misunderstood when I read her as a young person. I pitied her poor bullied husband and despised her as a nag. Now, as a middle aged woman with a little more experience with weak, ineffectual (ex)husbands, I understand Mrs. Proudie’s frustrated ambition and her very justified exasperation.

Mrs Proudie notwithstanding, if you want an accurate, sensitive, deeply compassionate portrait of nineteenth century women you can’t do better than Trollope. I’m pointing out the women who fit these tropes, but these characters are also wonderfully nuanced, three dimensional people. You should definitely read Trollope.

(Side note: A bit earlier in the 18th century you had a slightly different kind of bad girl—the Didactic Harlot, a la Fanny Hill or Moll Flanders. Give the readers something as close to erotica as possible, but pretend it is a moral lesson about what not to do.)

These archetypes are considered “bad women” because they attempt to circumvent or manipulate masculine authority. The shrew abandons feminine compliance and forces men to do her will by nagging and unpleasantness. The woman on the make is looking for wealth and power (something admired in men), but is despised because she uses seduction or marriage to achieve her ends. A woman might be expected to make a good marriage, but heaven forbid she take on the active role of fortune-hunter. Then she’ll be condemned.

A villainess like Milady de Winter, however, challenges men on broader grounds. The shrew and the ambitious woman go toe to toe with men inside of an intimate, domestic setting. Their territory is the parlor, ballroom, and bedroom.

Villains are always the most interesting characters, and Milady is one of the first true female villains in literature.

Milady, however, never confines her actions to the household or family—she fully inhabits the masculine world. She enters their realm, that place of violence and martial law that usually only men inhabit. Men can be soldiers and spies. Men can brawl in the streets or challenge each other to a duel at dawn (depending on their social class.) But it is absolutely unthinkable that a woman have any part of actual physical violence.

Milady, as a spy and assassin, does just this. Most unforgivably, she does it in a subtle, clever, indirect (that is, to the reader of the time, sneaky, cowardly, and unfeminine) manner. Poison is her weapon of choice, a method looked down on primarily because it could be used by people less physically or socially powerful. A peasant can’t spend years studying swordplay or a year’s income on a fine sword, but they can easily buy rat poison. Most women might not have the training or strength to defeat a man in open battle. But poison is the great equalizer.

Of course, novels—and the characters therein—are products of their times. And not only was Dumas writing a 19th century novel, he was writing a historical set in the 17th century. His novels show dramatized, sensationalized—and often wryly and subtly satirical—worlds that are twice-removed from our own.

Also, of course, he was writing to entertain people. It certainly worked for sixteen-year-old me when I first read The Three Musketeers. Yay, irrational arguments, sword-play, improbable plot twists, bad decisions, heavy drinking, and murder! What fun! Just like with many action movies today, you don’t have to analyze it all that deeply. Just sit back and watch the fists fly and cars drive out of airplanes.

So I don’t judge Dumas too harshly.

All the same, we can’t let our modern eyes be clouded by the veil of “that’s the way things were then, so we can’t judge.” Of course we can judge! The modern reader can read The Three Musketeers on many levels—as a rollicking adventure with imperfect antiheroes, or as a study in toxic masculinity.

That’s why I wrote Milady. Part of my novel is her origin story, showing how an innocent country girl could become the world’s most notorious spy and assassin. In a dual timeline I show her tangling with the musketeers. Only this time, I look between the lines at the things they might be hiding.

Milady is a wonderful character, and I applaud Dumas for inventing her. Villains are always the most interesting characters, and Milady is one of the first true female villains in literature.

Should you read the original The Three Musketeers eventually? Oh yes. I think it is always good to expose ourselves to things that will enrage us. If our indignation isn’t continually pricked, we risk complacency.

Laura L. Sullivan is the author of five books for middle grade and young adult audiences. Milady is her adult debut. She lives in Florida with her son.

It's Time for Urban Fiction to Get Some Literary Respect 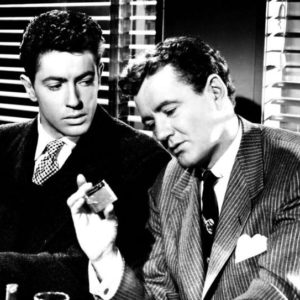 I find the most interesting crime fiction to be stories wherein the protagonist must make a deal with a morally ambiguous...
© LitHub
Back to top