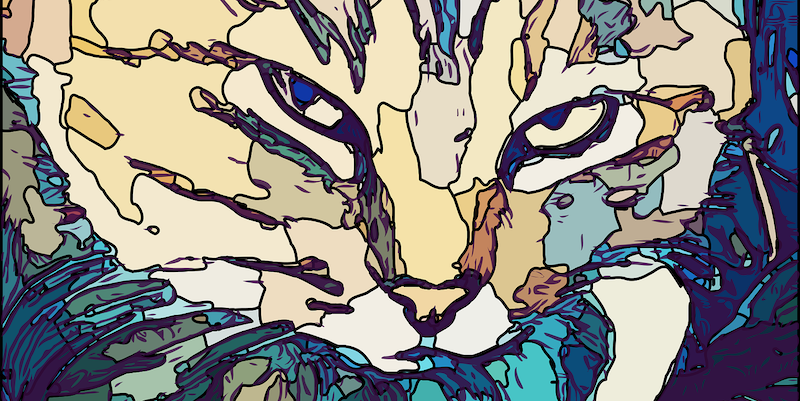 Indulging in the fanciful and adding in some magical realism is how a cat cozy can become a talking cat cozy.

All good fiction transports the reader to a whole new world. In a cozy mystery, that immersive setting may contain a plucky protagonist, quirky sidekicks, or even an intriguing running theme, whether by profession (such as a university academic or a skilled restaurateur) or through interests (like planning Southern-style parties or creating crossword puzzles). Adding a sprinkle of magic to the writing mix can often elevate a cozy mystery. There’s nothing wrong with realistic fiction, but I believe that magical elements can increase a cozy’s allure by providing a service to readers through expanding their worldviews, serving them witticisms, and bestowing wisdom.

A number of cozy mysteries have characters that operate in the contemporary world while navigating the more fanciful facets of their lives. This style of fiction is an offshoot of magic realism, books that are often shelved in the literary genre. I prefer the parallel name for magical realism: marvelous realism. Maybe cozies with magical elements should be known as “marvelous mysteries,” since they really are wonderful reads.

Magic allows a reader to enter into a different (and perhaps previously unexplored) world. Gigi Pandian’s The Accidental Alchemist Series features a unique protagonist in its three-hundred-year-old alchemist main character. Not only that, but the sidekick in the mysteries is a gargoyle turned to life…with a penchant for French cooking. You can’t get much more satisfyingly fantastical than that.

In my Sassy Cat Mystery Series, I also offer up an exciting viewpoint for readers. My main character, pet groomer Mimi Lee, has a wonderful partner in sleuthing . . . a talking cat exuding sass. Marshmallow serves as a means to take a peek inside the hidden world of animals. Having a pet as an investigator also opens up a wealth of possibilities for Mimi and Marshmallow during their detecting escapades. In fact, Marshmallow’s skill at cross-animal communication comes in handy when he needs to interrogate pet eyewitnesses. In the first book in the series, Mimi Lee Gets A Clue, he’s able to chat to some dogs who’ve been mistreated by an unscrupulous local dog breeder—the very same one who’s gotten himself killed and subsequently placed Mimi high on the suspects list. In the second book, Mimi Lee Reads Between the Lines, Marshmallow works hard to get information out of a stray kitten who’s found near the scene of the crime.

Cozy mysteries that incorporate magic also offer increased opportunities to insert comedy and wit into the story. A lot of times this humor flows from the book’s eccentric sidekicks. In Alexia Gordon’s Gethsemane Brown Mysteries, the main character’s investigative partner is an Irish ghost; he’s a temperamental composer who’s willing to let his quips fly, which results in humorous and snappy exchanges between the two.

Likewise, my talking cat Marshmallow loves speaking his mind and letting his inner snark flow out unfiltered. Mimi and Marshmallow often get on each other’s case because of this. Marshmallow acknowledges Mimi as his owner, but in an unendearing way like, “‘Where’s my breakfast, Owner?’” Mimi, in response, is quick to tell Marshmallow about his not-so-stellar qualities, like the fact that he “puts the ‘cat’ in ‘catatonic.’” Marshmallow also makes zingers about Mimi that combine teasing with harsh facts. Once, while stuck in a bag on an incognito mission, he complained about the lack of room in her purse: “‘What takes up so much space in here? I know it’s not a huge wad of cash.’” What adds to the comedic scenes across the series is that the communication between Marshmallow and Mimi is a one-way street. He can talk to her telepathically, but she can only respond back to him out loud. This has led to some awkward situations, including a time when she shushed her cat around her potential love interest, Josh. Not knowing the pet-owner telepathic connection, Josh misinterpreted Mimi’s ire as being directed at him, which put a damper on any romantic possibilities.

Mysteries that dabble in magic can also tease out an essential truth in an interesting manner. For example, in Esme Addison’s A Spell for Trouble (the first book in the Enchanted Bay Mystery Series), the quiet seaside town is home to residents who are descended from mermaids. The protagonist, Aleksandra Daniels, eventually comes to a personal revelation that’s tied to magic, but her process of discovery carries a more universal message: She only understands her true identity when she’s willing to reconnect with her family and accept their intricate and mystical ties to Bellamy Bay.

In my own series, Marshmallow is often the provider of wisdom. Some of his valuable and more serious insights stem from the power of his cat senses, providing various visual and olfactory clues beyond the grasp of his human owner. On a lighter note, even Marshmallow’s off-the-cuff comments come with incisive perspective into humans, since his thoughts originate from a feline point of view. In Mimi Lee Reads Between the Lines, he remarks on people’s tardiness, saying that even though humans invented clocks, they don’t often follow them. In the same novel, he also comments on the strange hobbies that humans enjoy, like staring at “balls of gas in the sky” with awe.

Magic in books can take the reader to a different place by offering a twist on the current, familiar world. I’m grateful I get to infuse fantastical elements in my Sassy Cat Series because it allows me more creativity as an author. I can put amusing words into Marshmallow’s mouth, not needing to censor them since he doesn’t have to follow the same societal expectations and constraints as a human. I can also open up a new wealth of situations, where animals can take center stage instead of being relegated to the sidelines in a story. The magical element in my series also enables me to add mystery by steering the story in unpredictable ways. In the end, I feel like magic provides an extra delightful sparkle of enchantment to my stories. 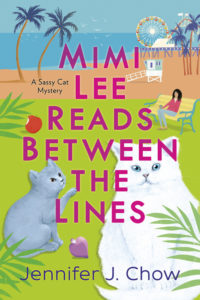 Jennifer J. Chow grew up reading Garfield comics and adores creating sassy kit lit. She also writes the Winston Wong mysteries, which feature a regular meowing cat. Her other Asian American novels include Dragonfly Dreams (a Teen Vogue pick) and The 228 Legacy. Her latest cozy, Mimi Lee Reads Between The Lines, is now available. She's involved in Crime Writers of Color, Mystery Writers of America, and Sisters in Crime. Visit her online at JenniferJChow.com. 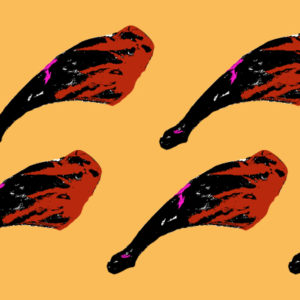 One of the first things you discover as a crime writer is that the range of plausible murder methods is disappointingly small....
© LitHub
Back to top