Are you ready for caves, haunted houses, and hidden passageways? Let mystery author Ellie Alexander be your guide.

Are you feeling ready to hit the road and venture to off-the-beaten-path trails were the mist hangs low and heavy in dense evergreen forests and a pervasive gray rain drips steady? Then pack your bags and don’t forget your rain boots! Come with me on a spine-tingling road trip that will take us to some of the most mysterious places in the Pacific Northwest. This vacation is not for the faint of heart. There’s a very real possibility of bumping into Bigfoot in the backcountry or getting lost deep in the woods. However, if you can silence that inner-voice begging you to stay home on your cozy couch where it’s safe and warm, I can promise you that our strange little trip will get your adrenaline pumping and leave you filled with a new appreciation for wanderlust. That is, if we survive…

We begin our adventure at the southernmost tip of Oregon in Gold Hill where things aren’t always what they seem. Where better to kick off our road trip than at the Oregon Vortex’s House of Mystery, a spot that Native Americans deemed forbidden ground? Where gold miners horses refused to travel. And, where things get turned upside down—literally. This gravity defying experience leaves many visitors feeling dizzy and lightheaded as they watch objects roll uphill and puzzle over height changes, where one person suddenly appears much taller. Is it a trick of the brain, the pull of the earth’s magnetic force, or could something much, much more sinister be brewing?

Next we’ll head to the high desert of Central Oregon and prepare to descend into deep, dark caverns carved from ancient lava flows. Be sure to bundle up and bring a light source, or two, because the minute we step down the stairwell that leads to the mile-long lava tube, it’s about to get cold and dark. Very dark. Guided by nothing more than a kerosene lantern we’ll traverse over rickety boardwalks, boulders, and uneven ground as we enter a different world once used to train NASA scientists for lunar landings. If you’re feeling extra adventurous, make it to the Echo Chamber, a massive archway, where you can shut off your light and scream bloody murder.

Get ready for gusty winds and torrential rain because we’re off to the rugged coastline of Astoria where the Columbia River dumps into the Pacific Ocean. Amongst Astoria’s canneries, piers, and hillside Victorians made famous in The Goonies, you’ll find not one but two Flavel houses. The first is a sprawling Queen Anne museum originally built by Captain George Flavel in the late 1800s. Don’t stop here. We are heading onward to a decrepit, rundown mansion, known as the most haunted house in the entire state. Henry “Hatchet” Flavel, George’s great-grandson inherited the property which now sits abandoned thanks to years of strange occurrences, stabbings, and violent crime. It’s no wonder that Astoria residents avoid the crumbling building like the plague. On second thought, perhaps we should too.

Did you know that you don’t have to fly across the pond to wander the circular structures of Stonehenge? We’re crossing into Washington to the east end of the Columbia River Gorge where an unlikely WWI monument in the form of an authentic Stonehenge replica awaits us. The odd memorial provides panoramic views of the deep river channel, sepia-toned cliffs, and a chance to lose yourself watching the sun sink below the concrete columns. Fair warning, a visit to this mystical space will likely leave you pondering life’s many unsolved mysteries. Like what were the origins of the original Stonehenge? A Neolithic burial ground? A sacrificial site? And, who could have built such a engineering feat? Native peoples, warlocks and wizards, or even other worldly creatures?

The emerald city may be known for its penchant for coffee and as the birthplace of grunge, but this tech-savvy hub has a hidden secret. Buried beneath Seattle’s slopped streets and sidewalks lies an artery of underground tunnels, creepy basements, and passageways. Why? Blame it on fire. A great fire that broke out in the city at the end of the 19th century charred buildings and forced city dwellers to build higher above ground, abandoning the remnants of the burned ruins below. For this stop we’re going subterranean. I hope you’re not claustrophobic or afraid of the dark. How do you feel about rats? You might want to leave the kids at home, as we’ll be diving deep into Seattle’s sordid past visiting salons, brothels, and the original red light district.

Our last stop takes us farther north into the Olympic Peninsula to our final destination of Forks, Washington. The temperate (or better yet temperamental) rainforests along the northern Washington coast have always been a place of legend and lore. If the local inhabitants—black bear, cougar, birds of prey, and packs of wild wolves—aren’t enough to give you a fright, try a twilight tour of the narrowing, winding trails that lead deep into Olympic National Park. Could monsters that go bump in the night coexist in Forks? You bet! There’s another tour we should try while we’re here, the Twilight Tour from Stephanie Meyer’s saga. We’re talking the potential to brush shoulders with vampires, werewolves, and more—oh my!

I hope you enjoy our road trip through the Pacific Northwest’s most mysterious places. Will you return to your couch in one piece? That’s a question I’m afraid only you can answer. Rest assured there are plenty of other spooky haunts throughout the upper left coast that we have yet to touch upon. If this tour has left you hungry for more there are ghost towns, mining shafts, shipwrecks, and so many creepy delights awaiting you. Think about packing an extra bag and stay awhile. I promise, we won’t bite. Or, will we? 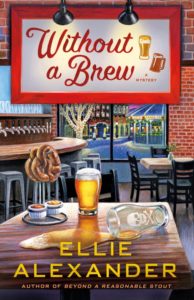 ELLIE ALEXANDER is a Pacific Northwest native who spends ample time testing pastry recipes in her home kitchen or at one of the many famed coffeehouses nearby. She is the author of the Bakeshop Mysteries and the Sloan Krause brewing series. Her latest is Without a Brew, now available from Minotaur Books.
https://www.elliealexander.co/ 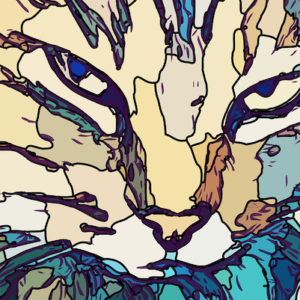 All good fiction transports the reader to a whole new world. In a cozy mystery, that immersive setting may contain a plucky...
© LitHub
Back to top