In the bloody Jacobean court, women took the fall for murders.

At the tail end of summer in 1613 a minor courtier died during a period of imprisonment in the Tower of London. Initially sir Thomas Overbury’s death was considered to be the result of illness but almost three years later the testimony of an apothecary’s assistant emerged, stating that Overbury had been poisoned. An investigation was launched with suspicion alighting on the Earl and Countess of Somerset and the Countess confessed to the murder.

The Countess, otherwise known as Frances Howard, is a fascinating figure. Cast as the poster girl for wicked women of the time, she was an infamous beauty, scion of a powerful family, surrounded by scandal and remembered as a murderer, a witch and a whore. There is a portrait of her by Larkin, famed for his images of Jacobean courtiers, in which she gazes out to meet the viewer’s eyes with a half-smile and an alarming directness that daringly transgresses the expected demure stance of female sitters of the period.

On first encountering this portrait I was immediately captivated and want to know more about this beguiling woman. When I discovered the scandal that clung to her and the whiff of poison, I knew I had to write about her. She seemed to me an archetype of the disruptive female figure from Jacobean tragedy, a real hot-blooded femme fatale. For some time I had wanted to set a novel in the Jacobean period, an age steeped in paranoia with divided political and religious loyalties, giving rise to some of the bloodiest dramas ever staged. This is the time of Othello, Macbeth, The Duchess of Malfi and many more, with their themes of revenge, power and manipulation. It is this world, dark and fraught with tension and danger, in which Frances Howard lived her life.

Invariably in Jacobean tragedy a woman is blamed for the collapse of moral order in much the same way as Frances Howard was blotted by the scandal that surrounded her. It was convenient to see Frances as the wicked woman who ordered the poisoning of an innocent man but as I began my research it became clear that the circumstances around Overbury’s murder were far from straightforward. There were a number of powerful people for whom Overbury’s death was convenient, including Frances’s husband, Robert Carr, and even, possibly, the king.

We need to dig down into the story to better understand the reasons for the crime. The Howard family had used Frances as a pawn in their political ambitions. The Howards were a powerful and callous bunch, run by Frances’s Great uncle, the Earl of Northampton, with all the ruthlessness of a mafia don. Northampton had a nose for seeking out power and a determination to gain it at any cost and he saw an opportunity to increase his influence by marrying Frances advantageously. However, Frances was already married.

Her marriage, in 1604, had been a huge affair at court. It was one of the most lavish events of James I’s early reign and as close to a royal wedding as it was possible to get without either of the parties actually being royal. He was the young Earl of Essex and she was the daughter of the Earl of Suffolk. But it was no Harry and Megan love match. As was the norm for aristocrats in Early Modern England, it was a dynastic marriage, but unusual in that it was designed to unite two opposing political factions.

Invariably in Jacobean tragedy a woman is blamed for the collapse of moral order…It was convenient to see Frances as the wicked woman who ordered the poisoning of an innocent man.

Essex was affiliated with a group of committed protestants who generally collected around the dashing young Henry Stuart, the heir to the throne, and were keen to participate in the religious wars in Europe. Whereas the Howards tended, publicly at least, to be keen, like James I, on religious tolerance. But some, including Northampton, also had secret Catholic sympathies and connections with the old enemy Spain. In the light of this the marriage was designed to heal a political rift of long-standing.

The pair were young, she fourteen and he still thirteen, which was unremarkable for aristocratic marriages the period. When children married in this way they usually didn’t live together until about the age of sixteen when the girl was sufficiently mature to make childbirth less risky. So Essex was sent abroad for a few years to be educated in the sophisticated manners of the European courts. Problematically, when the young couple were finally reunited, they found they didn’t like each other at all. But, more significantly, during Essex’s absence the power balance at court had shifted, the Essex faction was losing their influence, and the Howards had identified a new opportunity.

Their aim was to extract Frances from her marriage with Essex, whose star was on the wane, and hitch her to the royal protégée Robert Carr, whose star was rising. Carr was not only James I’s favorite but also his lover, and as an upstart without noble blood, provoked considerable jealousy at court. James bestowed titles and offices on Carr and gave him political responsibilities that were far beyond his intellect. And significantly, it was his friend and mentor figure, Overbury, he went to for help and advice with these matters, meaning Overbury was aware of sensitive state matters. Carr, with James’s blessing, was in the market for a wife and he decided the woman he wanted to marry was Frances Howard.  But, even with the backing of the King who could refuse his favorite nothing, Frances’s annulment would not be easy.

It had to be proved before an ecclesiastical court comprising of men of the church that the marriage hadn’t been consummated. Essex’s friends were obliged to testify that though he was unable to perform his conjugal duties with his wife, he was certainly capable of performing with other women—indeed, they had seen it for themselves. One can only imagine the red faces in court while the explicit discussion of the young man’s ‘capabilities’ took place before the bishops.

Somewhat inevitably, it was Frances, rather than Essex, who bore the brunt of the public shaming, surrounding the annulment trial. She was believed by many to have made her husband impotent by the use of witchcraft. A scandal of vast proportions blew up with ribald news-sheets having a field day. The atmosphere was febrile. Overbury was fiercely opposed to the annulment and to his friend marrying into the dangerous Howard family. He threatened to obstruct the trial and suddenly found himself, on a spurious charge, thrown into the Tower.

The investigation of Overbury’s death focussed on the Somersets and once Frances had confessed it was clear cut—the couple and their helpers were convicted. However, from my research it seems possible, probable even, that there had been a cover-up and various shady plea bargains that obscured the real circumstances of the case. Northampton, who had certainly wished Overbury out of the way had died prior to the investigation but did he have a hand in the murder? Did Overbury not only know too much about the King’s political dealings but also about the King’s private life? Fake news ran rife and the truth remains to this day frustratingly elusive. Perhaps Frances Howard wasn’t the wicked woman she is reputed to have been.

Elizabeth Fremantle’s novel about the Overbury murder, The Poison Bed, is published by Pegasus. Fremantle is the acclaimed author of Sisters of Treason, Queen’s Gambit, and Watch the Lady, and she has contributed to Vogue, the Wall Street Journal, Vanity Fair, and the Sunday Times (London). She lives in London. 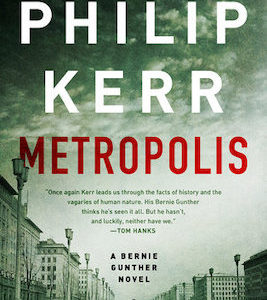 Mathilde Luz was a good-looking girl all right and still wearing the clothes she’d been murdered in: the hat, the coat,...
© LitHub
Back to top