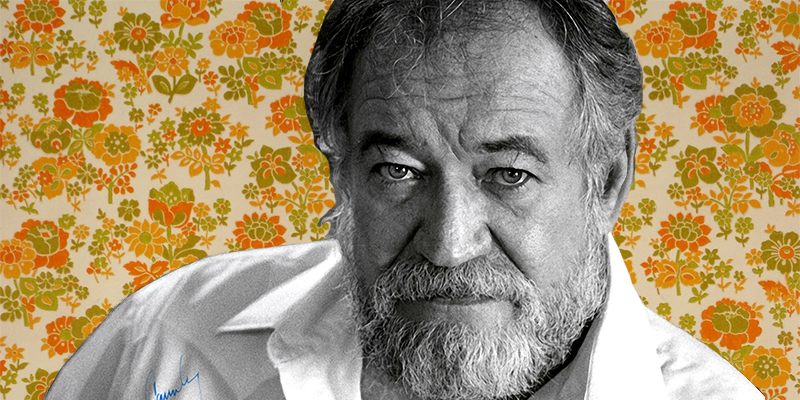 Seventy-nine years ago today in Three Rivers, Texas, James Crumley was born. Texas wouldn’t hold onto him long: after an Army stint and restless days that took him to Mexico and beyond, Crumley finally settled in Montana, his adopted homeland and the setting of many of his finest works, though perhaps the terrain he’s most closely associated with now is an open highway of the imagination, a semi-mythical “West” of high plateaus, woebegone saloons, barflies, vets, hustlers, part-time pornographers, cranked-up cowboys, spiritual strivers, and a couple of knights errant working out of Montana shops but more than willing to wander.

Crumley was the quintessential novelist for post Vietnam War America. His disillusion was equal to his romantic streak, the both of them stoked by abundant appetites and consumption of just about every substance under the sun. He was a slumming poet in the vein of his icon, Chandler, and a consummate writer’s writer, capable of more feeling and more beauty in a sentence than many authors could fit into a book. Ask your favorite crime writer for a list of their most admired books and the odds are you’ll find The Last Good Kiss or some other adventure from the C.W. Sughrue or Milo Milodragovitch series among them.

Crumley had firm views on life and the way it ought to be lived, as did his characters. Taking those principles as a guide would likely lead the reader to a significantly shortened lifespan, but oh what a final few days they would be. In honor of the author’s birthday, we’ve collected some little nuggets of wit and wisdom distilled from his many great works. Read on and please, whatever you do, proceed with no caution whatsoever.

Life According to the Fiction of James Crumley

There are some people you just can’t trust.

“Son, never trust a man who doesn’t drink because he’s probably a self-righteous sort, a man who thinks he knows right from wrong all the time. Some of them are good men, but in the name of goodness, they cause most of the suffering in the world. They’re the judges, the meddlers. And, son, never trust a man who drinks but refuses to get drunk. They’re usually afraid of something deep down inside, either that they’re a coward or a fool or mean and violent. You can’t trust a man who’s afraid of himself. But sometimes, son, you can trust a man who occasionally kneels before a toilet. The chances are that he is learning something about humility and his natural human foolishness, about how to survive himself. It’s damned hard for a man to take himself too seriously when he’s heaving his guts into a dirty toilet bowl.
—The Wrong Case (1975)

“An old drinking buddy of mine had come home from a two-week binge with a rose tattooed on his arm. Around the blossom was written Fuck ‘em all/and sleep till noon. His wife made him have it surgically removed, but she hated the scar even more. Every time he touched it, he grinned. Some years later she tried to remove the grin with a wine bottle, but she only knocked out a couple of teeth, which made the grin even more like a sneer. The part that I don’t understand, though, is that they are still married. He is still grinning and she is still hating it.”
—The Last Good Kiss (1978) 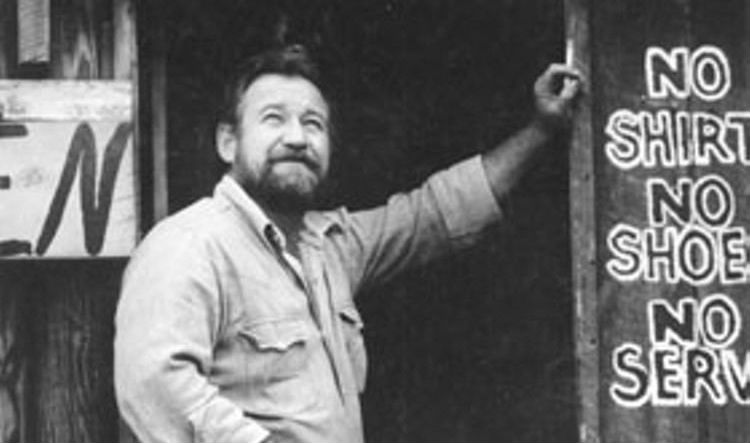 “Stories are like snapshots, pictures snatched out of time, with clean hard edges. But this was life, and life always begins and ends in a bloody muddle, womb to tomb, just one big mess, a can of worms left to rot in the sun.”
—The Last Good Kiss (1978)

“The dichotomy between the promise of democracy and the actuality of democracy drives people crazy.”
—Ed Murrieta interviews James Crumley, The Tacoma News Tribune

“There’s no accounting for laws. Or the changes wrought by men and time.”
—The Wrong Case (1975)

Writing: the best drug there is.

“Youth endures all things, kings and poetry and love. Everything but time.”
—The Last Good Kiss (1978)

“Nobody lives forever, nobody stays young long enough. My past seemed like so much excess baggage, my future a series of long goodbyes, my present an empty flask, the last good drink already bitter on my tongue.”
—The Last Good Kiss (1978)

“I try to stay two drinks ahead of reality and three behind a drunk.”
—The Last Good Kiss (1978)

“I make it a policy never to argue with drug lawyers: they have decent arguments and the best drugs.”
—The Mexican Tree Duck (1993)

“I had done either too much coke or too little, a constant problem in my life.”
—Dancing Bear (1996)

“When even the bartenders lose their romantic notions, it’s time for a better world.”
—The Last Good Kiss (1978)

Texas versus Montana versus maybe Paris

“I grew up in Texas and I got to Montana as quickly as I could. Once I got here, they were never able to dislodge me.”
—Don Herron interviews James Crumley, Publisher’s Weekly, 24 September 2001

“This may not be my final country. I can still taste the bear in the back of my throat, bitter with the blood of the innocent, and somewhere in my old heart I can still remember the taste of love. Perhaps this is just a resting place. A warm place to drink cold beer. But wherever my final country is, my ashes will go back to Montana when I die. Maybe I’ve stopped looking for love. Maybe not. Maybe I will go to Paris. Who knows? But I’ll sure as hell never go back to Texas again.”
—The Final Country (2001)

“Someone once said that Montana is Texas with nuns and no fucking Baptists. I came here in ’66 and, Jesus, I never successfully left.”
—Laura Lippman interviews James Crumley, Crimespree 15 November 2006

“When I finally caught up with Abraham Trahearne, he was drinking beer with an alcoholic bulldog named Fireball Roberts in a ramshackle joint just outside of Sonoma, California, drinking the heart right out of a fine spring afternoon.”
—The Last Good Kiss (1978)

Words Have a Different Weight in Prison 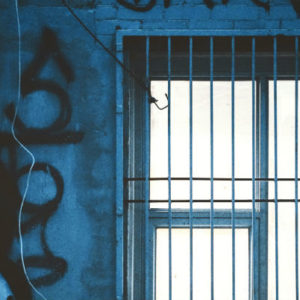 Words Have a Different Weight in Prison

It was back in 2015, on one of those gloomy mornings you often have in Norway at the end of November. I was on my way to give...
© LitHub
Back to top