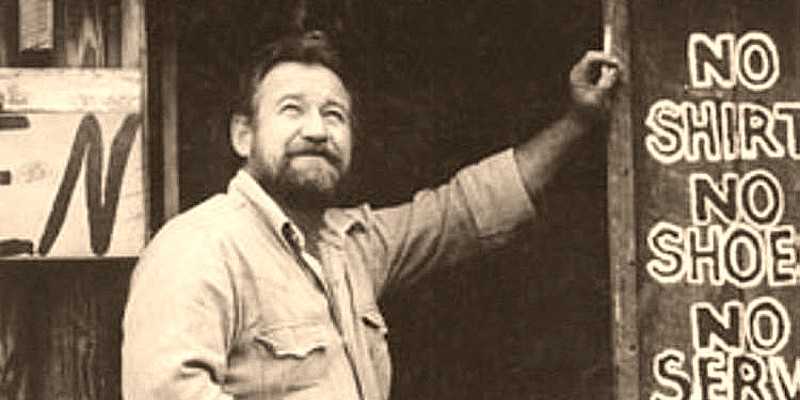 Craft lessons distilled from one of crime fiction's all-time greats.

Every year when James Crumley’s birthday rolls around we try to do something on CrimeReads. I’m not sure why, exactly, except that certain authors inspire an outsized personal connection with their readers, even long after they’re gone, and if there’s one word that just about fits the bill for Crumley it’s outsized. He lived hard and deeply. His novels, decades later, still broadcast on a special frequency that speaks of open roads, dark saloons, and hopeless quests.

Crumley famously came to detective fiction late, after reading the works of Chandler and Macdonald during a stay in Mexico, on the suggestion of his friend, the poet Richard Hugo. As a tribute, Crumley took most of his book titles from lines in Hugo’s poems. (From “Degrees of Gray in Philipsburg”: “You might come here Sunday on a whim. / Say your life broke down. The last good kiss / you had was years ago. You walk these streets / laid out by the insane, past hotels / that didn’t last, bars that did, the tortured try / of local drivers to accelerate their lives.”) It’s not hard to trace the lines of influence—from Chandler, Hugo, and the rest. For Crumley, style is substance, and every line written, whether in a poem or in a crime novel, ought to surprise and excite.

As far as I know, Crumley never memorialized any rules for writing, but if you go through enough of his interviews and profiles, you can start to glean a kind of guide. I don’t imagine he’d approve of too many imperatives, or that he’d think very highly of anything so mundane as a list, but just to give the thing an organizing principle, I jotted down numbers and notes, gathering together a few of Crumley’s thoughts on the craft of writing. Read them at your leisure, follow any you like, throw away the rest, and pour one out for one of the greats.

1. Focus on the language itself.

“If the language isn’t any fun, there’s no sense in writing the book. Stories come and stories go, but good language lasts forever.”

2. Aim for something that’s better than sex and drugs.

“Someone once told me that you know it’s good if it raises hackles on the back of your neck. If it doesn’t do that, I don’t keep it. No matter how funny or smart or incisive the descriptions and the dialogue. But when it works, it’s better than sex, it’s better than—well, it’s better than everything. That’s why people write, because it’s the best goddamn drug there is.”

3. Quit for the day just before you go crazy.

“There’s nothing going on—there’s no temptations; there’s just you and the paper or you and the computer screen, or whatever it is you write with…I try not to write too long at a setting because I get crazy. If I can get four or five hours a night in, that’s good.”

“To tell you the truth, when I sent [The Final Country] off I didn’t much like it, but I never much like anything I write. Ten or 15 years from now if I’m still alive I’ll read it again.”

“For years I wouldn’t tell anyone in a bar that I was a writer. I would tell them that the telephone company had run over my foot and I had gotten a big settlement and I was living off that. It was a wonderful way to begin a conversation because everyone has had trouble with the telephone company in one way or another and they’re always happy to see someone who’s engaged them and won. So they start that and you get the stories without them having to turn to you and say ‘you’re a writer, huh, boy you could make a novel out of my life,’ which is the worst way to get a story.”

6. You don’t need to know what your books are about.

“I never know what books are about until I get there. It’s not like I know what’s going on. I always thought my life would be different if I knew what was going on.”

7. Before turning the page, check in with your moral compass.

“You can tell when a book’s not working. It doesn’t seem right to go on.”

8. Give every line a Chandler-tight grip.

“I always introduce my work by explaining that I am a bastard child of Raymond Chandler…—Line by line by line, image by image, he always has hold of the reader.”

9. Know your characters better than you know your spouse.

10. You have one hundred pages to decide who’s narrating the thing.

“I write a hundred pages without really knowing whose novel it’s going to be. I let the material tell me which detective to use.”

No Adam for Eve: The Quiet History of Lesbian Pulp Fiction 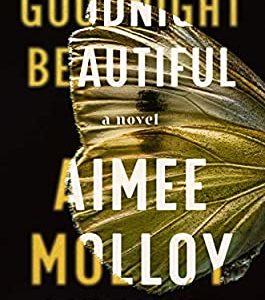 THAT ASS. It’s incredible. An ass so perfect there’s no way Sam can pull his eyes away as he walks half a block...
© LitHub
Back to top