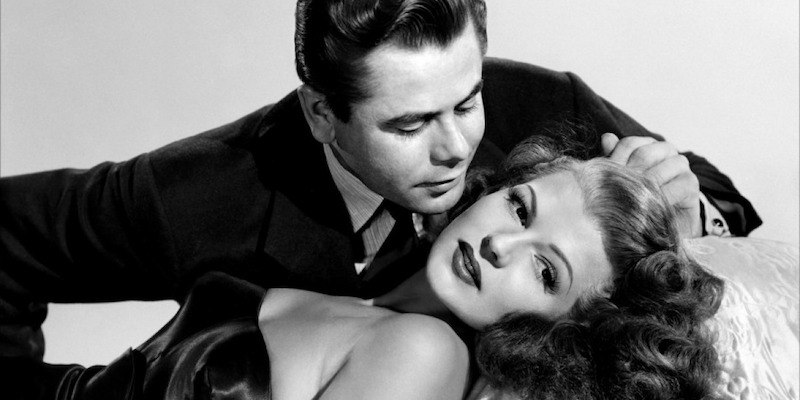 Grappling With The Misogynist History of Deadly Women in Noir

In many ways, Phyllis Nirdlinger is the perfect femme fatale. When she first walks into James M. Cain’s Double Indemnity, the novel’s protagonist, Walter Huff, describes her as having a “washed-out look.” But it doesn’t take Phyllis more than a conversation, a cup of tea, and a kiss to convince Walter to murder her husband. And she’s deadlier than that. We learn later that she’s killed at least three small children and her husband’s first wife. When Walter decides that the world is too small for both him and Phyllis, she’s a step ahead of him. She puts the bullet in his lung that seals his fate. Pile on top of all this Barbara Stanwyck’s beautifully sinister portrayal of Phyllis in Billy Wilder’s 1944 adaptation of Double Indemnity, and you have just about the Platonic ideal of a femme fatale.

The only thing that keeps her from being the perfect femme fatale is her name. If you challenged yourself to come up with the least seductive name you could, you’d have a hard time beating “Phyllis Nirdlinger.” Of course, first names are generational (even “Edith” was sexy once), and Cain wrote Double Indemnity fourteen years before Dr. Seuss made up the word “nerd” in his book If I Ran the Zoo. Still, from a 2019 perspective, it’s hard to imagine someone you call “Mrs. Nirdlinger” driving you to madness and murder.

It seems Cain himself was wary of the trope. In two of his novels, The Root of His Evil and The Cocktail Waitress, he told the story from the perspective of women who were viewed as femmes fatales. Both of these novels are first-person narratives that read like a man writing a woman character. The unconvincing narrative voice aside, both protagonists are complex characters with complex emotions. Both are struggling to deal with class prejudice while suffering under men who objectify them. Neither portrayal is perfect, but both show a man writer wrestling with his own internalized sexism.

Cain also wrote probably the most complete woman character written by a man in the twentieth century: Mildred Pierce. In the 1945 film adaptation of Mildred Pierce, Joan Crawford’s Mildred is certainly a deadly woman. She’s lean and vicious, destroying men, getting what she wants, and killing her own daughter in the end. In the novel, Mildred is very different. She doesn’t destroy men or kill her daughter. She’s not lean or vicious. Instead, Cain’s Mildred is a great proletarian hero. Cain still wrote femmes fatales after Mildred Pierce. He just didn’t traffic in them the way Hollywood, his contemporary noir writers, or many of our contemporary crime writers do.

Recently, I’ve been wondering where our cultural fascination with femmes fatales comes from. Looking only at Cain, the femme fatale exists more in the interpretation or film adaptation than in the text. In almost every Cain novel, the real villain is a rich man. The real crime is wealth inequality. Even in Double Indemnity, while Phyllis does seduce Walter Huff and convince him to murder her husband, Walter is easy to convince. He’s a murderer looking for a victim. He has a plan to murder a husband for insurance money before he meets Phyllis. And he’s the one who actually kills Mr. Nirdlinger. He has to bear the lion’s share of the blame.

And I wonder if, as readers, we’ve learned to look for a convenient femme fatale the way Walter is looking for a convenient murder victim. In other words, have we been so trained by our sexist society to blame the woman that we read crime novels from the perspective of a deadly man?

In attempting to answer this question, I want to go back a couple of millennia. While femmes fatales are mostly associated with mid-twentieth-century crime novels, they’ve been around since before stories were written down. The Old Testament gives us one of our most famous femmes fatales. Delilah was the alluring Philistine who discovered that Samson’s strength was tied to his hair, had it cut, and left him blind and imprisoned while the Philistines ran roughshod over the Israelites. We’re supposed to hate Delilah for seducing and destroying Samson. But if we take a step back from that story, we see that, at least from the Philistine point of view, Delilah is a hero. Samson killed an entire army of her people with a donkey bone. She had every reason to hate him. So she did what no Philistine soldier was able to do: she defeated the superhuman Samson. This shows us that, sometimes, the so-called femme fatale can be viewed from another perspective and, really, tell the story of a woman empowering herself in a patriarchal society.

We don’t need to read contemporary novels from the Philistine perspective, but it would help to be a little more aware of the male gaze when we discuss femmes fatales. As Laura Mulvey characterized the gaze in “Visual Pleasure and Narrative Cinema,” it’s more than a point of view. It’s the singular point of view of power. The disempowered don’t have a gaze. And power in our patriarchal society is that of a man in charge. For Mulvey, narrative film is seen largely through the eyes of the man who makes things happen while women are objects of sexual desire upon whom things happen. When a woman is active as so many femmes fatales are, she breaks the active man/passive woman rule of patriarchy.

For Mulvey, the remedy to this was a new wave of films that challenged the male gaze. This is a good solution if we have the power and money to make movies.  For those of us who don’t, bell hooks gave us another tool. Building off Mulvey, hooks developed the idea of an “oppositional gaze.” This is a way of watching movies or reading texts from a critical stance that doesn’t accept the gaze (which hooks characterizes as not only male but white, heterosexual, and wealthy). Instead, by being conscious and critical of it, we can find whole new heroes and whole new ways of enjoying the film or book.

Something about taking hooks’s approach makes rereading Cain more fun. Take, for example, Cain’s second most famous femme fatale, Cora Papadakis in Double Indemnity. Like Phyllis Nirdlinger, Cora doesn’t take long to put the protagonist—in this case, Frank Chambers—under her spell. As soon as Frank sees her, he’s stuck. His vagabond days are over. He’s ready to rinse off the road dust and settle down. Frank and Cora are ready to commit to each other and run a little roadside restaurant and inn in the hills north of Los Angeles. The only obstacle to their plan is Nick Papadakis, Cora’s husband and Frank’s boss. They plot to kill him. Unlike Phyllis, Cora plans to do the dirty work herself. Unlike Double Indemnity’s Walter, Frank doesn’t have a plan at the ready. They try and fail to kill Nick. Frank flees, but he can’t stay away. He returns and kills Nick. Cora helps him. She gets blamed, arrested, tried for murder, and acquitted. This puts Frank under her power in a second way: because she can’t be tried for the same crime twice, she could confess to the crime, send Frank up the river, and have Nick’s old restaurant, inn, and money all to herself.

On the surface, she’s the complete femme fatale. She changed Frank from a happy-go-lucky drifter to a murderer sentenced to death. For a contemporary audience, Cora even has the benefit of having been adapted to screen and portrayed by Lana Turner. Turner’s performance in The Postman Always Rings Twice took her to another level of stardom and helped define the femme fatale for all film noir that followed. It’s hard to see Cora as anything else.

But if we shed the wealthy, heterosexual, white male gaze from Cain’s novel and look at Cora from the perspective of hooks’s oppositional gaze, she’s a bit of a Delilah. Even though her husband is supposed to be a pretty good guy and is a good guy to Frank, he’s abusive to Cora. He bullies her. He dismisses her. He ignores her lack of desire to have a kid with him and treats her womb as his possession. Before meeting Nick, Cora was a waitress. Each man who came into the restaurant treated her body as his own, pinching and groping her as she served him. Nick did, too, but at least he had money. She’d been treated as a commodity her whole life. By marrying Nick, she just got the best price for herself.

Cora is a bit of tragic hero…And if we read her as nothing more than a femme fatale, than we’re just another version of Nick or Frank, robbing her of her autonomy and betraying her.

A few years into her time with Nick, though, she started to see herself as more than a commodity. She wanted agency, autonomy. Her culture and society gave her two choices out of her marriage: to be someone else’s commodity or to kill Nick. Then, she met Frank. He had no money. He treated her as an equal. She fell in love. Her best option was to kill her son-of-a-bitch husband, keep all the wealth that she’d earned for them, and take up with Frank. So she helped Frank kill Nick, and as soon as life got tough, he betrayed her.

Seen from these eyes, Cora is a bit of tragic hero. She teaches us a great deal about patriarchy and the oppression of working class women during the Depression years. And if we read her as nothing more than a femme fatale, than we’re just another version of Nick or Frank, robbing her of her autonomy and betraying her.

I can’t get over how much the oppositional gaze improves stories. The Old Testament story of Samson and Delilah is so much better when we root for Delilah. The Postman Always Rings Twice is more fun when Cora is the hero. The oppositional gaze has the potential to turn forgotten noir novels like Charles Williams’s The Hot Spot and Elliott Chaze’s Black Wings Has My Angel into contemporary classics. It doesn’t always work. Raymond Chandler’s femme fatale in Farewell, My Lovely is pretty awful; Double Indemnity’s Phyllis Nirdlinger is unredeemable. But oppositional reading helps us move crime novels forward, both as readers and writers.

I thought about this as I wrote my own noir novel set in the ‘40s. I needed to have the option of either a man or woman villain. I wanted my women characters to have the capability to be as vicious, calculated, and sexual as the men characters. But I also had to write in the shadow of this giant cultural institution of femmes fatales. Looking at Cain’s Cora not through Cain’s eyes, but through hooks’s gaze, helped show me how to do it.

Sean Carswell is the author of several trade books, including most recently the crime novel Dead Extra and the academic book Occupy Pynchon. His writing has appeared everywhere from zines to peer-reviewed academic journals. A resident of Ventura, he is an assistant professor of writing and literature at California State University Channel Islands. Learn more at seancarswell.org. 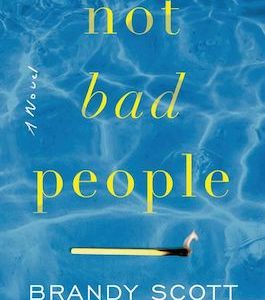 Just as well she never had children. Not particularly maternal. Too self-absorbed. Melinda sat on the end of her bed and replayed...
© LitHub
Back to top