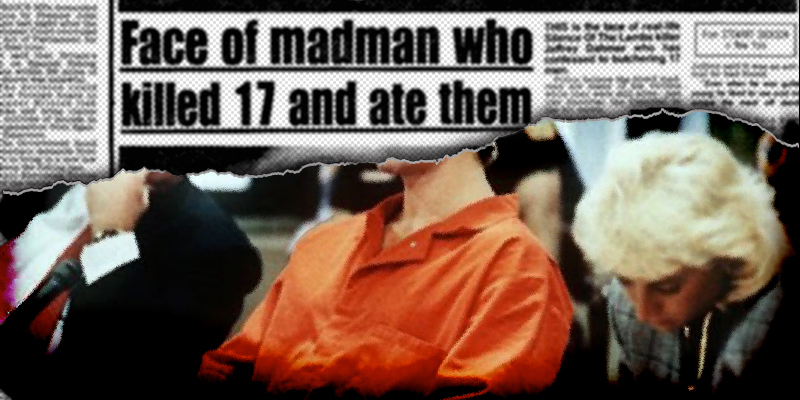 There's a thin line between trying to understand a killer's motivations and justifying their actions.

This summer will mark the 30th anniversary of the discovery of the most gruesome crimes in Milwaukee’s history. No doubt this grim anniversary will spark some reflections on the crimes and will inevitably renew interest in the man responsible for them. But I hope this year will also provide opportunities for us to think about how and why it is that 30 years on, Jeffrey Dahmer remains a household name—a kind of American celebrity, even—when few Americans could tell you the name of just one of the men he murdered. The media made this man famous, but we’ve not done much, if anything, to discourage them. Upon reflection, it’s obvious the case belongs in the long, disturbing tradition of media and law enforcement tying themselves in knots to excuse the crimes of white men (who make up the majority of mass and serial killers), as well as their collective inclination for victim blaming when the victim is from the so-called margins.

In the lead-up to his trial Dahmer’s lawyer argued that he was a very sick man. The serial killer was, defense attorney Gerry Boyle explained, suffering from severe untreated mental illness. A number of diagnoses were proposed. Initially Americans, Milwaukeeans included, were receptive to this argument perhaps because it set them apart from the serial killer. They were “healthy,” and he was “sick.” It provided a “why.”

However, it quickly became clear that this defense would have allowed Dahmer to escape culpability for his crimes. Instead of a prison sentence, he would have been admitted to a psychiatric hospital. And this, especially for Milwaukeeans, was unacceptable. If there was to be justice, and punishment, Dahmer had to be tried as a sane person.

This, too, was a disturbing, unsatisfying conclusion for the public. District Attorney E. Michael McCann suggested that Dahmer, although sane, was controlled by his fantasies and that he had let these fantasies take over his life. He wasn’t responsible for his actions. But this theory was also problematic and begged more questions. If these crimes were the result of Dahmer’s uncontrollable urges, his most impulsive behaviors, why were the murders premeditated? How were they implemented so precisely? Each hastily constructed explanation spawned yet more questions and inconsistencies, and the cable news pundits, journalists, documentary filmmakers, and writers were all eager to explain.

Sadly, these efforts had a strange, unintended effect: Jeffrey Dahmer became a celebrity. Many of the narratives that attempted to make sense of his crimes humanized him. Journalists poured over his childhood looking for reasonable explanations for his crimes and what emerged was a largely sympathetic portrait: He was a smart child, but he was traumatized by an operation he underwent at a very young age. He enjoyed playing with his father’s chemistry kits but was angry when his father took them away after discovering Dahmer dissecting roadkill. He was upset by his parents’ divorce. He was a loner. He struggled with his sexuality and used substances to self-medicate. He was dishonorably discharged from the military. He drank heavily and struggled to hold down a job. Some of these stories were corroborated, while others were mere speculation. But the fact that they were all widely reported at one time, and continue to be reported, including on the infamous “Cream City Cannibal” tour in Walker’s Point, demonstrates the lengths people went to create excuses for Dahmer. They found ways to portray him humanely, despite the monstrous things he’d done.

The public rehabilitation of Dahmer’s reputation and psyche came at the expense of his victims. The more oxygen these narratives sucked up in the media-sphere, the less was left for even the tiniest scraps of stories that might have made real the men he murdered. This continues today, too. Jeffrey Dahmer confessed to murdering 17 people between 1978-1991. Their names are: Steven Hicks, Steven Tuomi, James Doxtator, Richard Guerrero, Anthony Lee Sears, Edward Warren Smith, Ricky Lee Beeks, Ernest Miller, David Thomas, Curtis Straughter, Errol Lindsey, Anthony Hughes, Konerak Sinthasomphone, Matt Turner, Jeremiah Weinberger, Oliver Lacy, Joseph Bradehoft. Many of them were Milwaukeeans, some were Chicago-natives, and others were from Michigan, Ohio, and Minnesota. They ranged in age from 14 to 33. And this should go without saying, but it bears repeating, they were sons, husbands, friends, uncles, nephews, grandsons, boyfriends, lovers, fathers. They were dancers, business-owners, students, singers, caretakers, church goers, lip-readers, bar patrons, aspiring models, community members. Some of them were children. That bears repeating, too.

If you wanted to learn more about these men from the contemporary reporting alone, good luck. A cursory internet search is revealing. The most ubiquitous piece of information about Dahmer’s victims is the specific ways he murdered them, and it only becomes more disturbing from there, especially as we reexamine the reporting from that summer. Perhaps in their attempts to explain how and why Dahmer had been able to murder so violently, so horrifically, for so long, journalists looked to the victims’ identities—and they found much to be desired in these people.

Anne Schwartz, a former Milwaukee Journal reporter, and allegedly a figure of some controversy at the newspaper, prided herself on being the journalist who broke the Dahmer story. In her book, The Man who Could Not Kill Enough, she describes the neighborhood Dahmer lived in as “a grimy neighborhood… [that] included drug dealers, prostitutes, and the unemployed mentally ill, who collected state aid because they managed to live on their own or in one of the area’s numerous halfway houses.” While the area may have “included” these people—and it’s worth pointing out the humanity and courtesies afforded to Dahmer are denied to his neighbors—it’s safe to say that this neighborhood also included families. Families like that of Glenda Cleveland’s, who tried desperately to save Konerak Sinthasomphone from the serial killer, but whose repeated pleas to police were ignored.

Schwartz had a way, in her writing, of using race, poverty, and criminality somewhat interchangeably. The above excerpt is exemplary. She was also known as the first journalist to publish the victims’ criminal records, and to circulate harmful, ignorant theories that described these boys and men as “facilitating victims.” She quoted one Milwaukee police officer who said that of course the victims didn’t deserve to die, but that they all chose the lifestyles that got them killed. Again, the implications were clear: what Dahmer did was horrible, but he had “problems,” a troubled history, maybe even mental illness that deserved treatment. His victims, meanwhile, were the morally bereft ones. They were criminals and prostitutes. They were “bad” people: the kind of people who lived in bad areas and let bad things happen to them.

What does seeing the victims’ rap sheets do for us? Does it explain how they died so violently? Does it put space between our children and Konerak Sinthasomphone? Or between the victims and ourselves? Does it help us to accept that violence? Consider that the overwhelming majority of Dahmer’s victims were Black men. And be sure that this fact has everything to do with why law enforcement, the media, and the American public struggled to see these men as real victims, deserving of sympathy and outrage. Why, even today, is violence against sex workers, against Black and Brown bodies, against poor people, against LGBTQ+ folks, so much more palatable to law enforcement, to the media, to us as consumers of content? We’re all implicated.

We may feel we’ve moved on from victim blaming now that the phrase is a part of the post #metoo era lexicon, but we need only to look to the ongoing horrors of police brutality against Black Americans or to the media coverage of mass shootings, to see our lack of progress. Just this year, a law enforcement official excused a white man’s mass shooting, which targeted Asian-American women and resulted in the deaths of eight people, by saying the shooter “was having a bad day.”

As a writer, I understand the need to narrativize, and I know stories can provide great comfort during times of uncertainty and chaos. But white people and others who traffic in respectability politics, need to resist the urge to see the rap sheet, to know a victim’s criminal record, and to explain away violence, especially when that violence is committed by a white man against a community of color. Let’s offer up as much sympathy and as powerful of stories for the victims of violent crimes as we do for the perpetrators of those crimes. Let’s continue to say their names. And above all else, let’s listen to the communities that have been brutalized and targeted, the way we all should have listened to Glenda Cleveland and her daughters on the night of May 27, 1991. 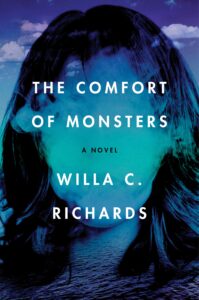 Willa C. Richards is a graduate of the Iowa Writers' Workshop, where she was a Truman Capote Fellow. She earned her PhD in English from the University of Wisconsin-Milwaukee, where she was awarded the Sheila Roberts Prize for best short story twice, the Thomas J. Bontly Faculty Fiction Award, and the Academy of American Poets Edward Ryan Prize. Her first story, "Failure to Thrive," was published by The Paris Review last fall. The Comfort of Monsters is her first novel. 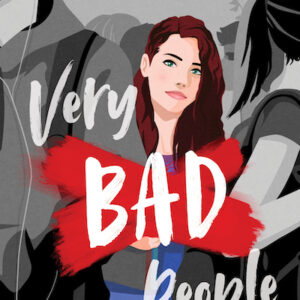 1. We are the Bolan sisters. Calliope, Lorelei, and Serafina. If our names sound like they were plucked from a fairy...
© LitHub
Back to top