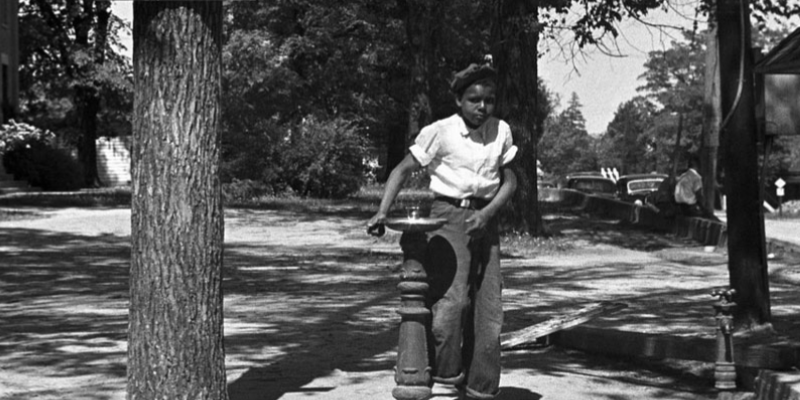 As a Generation X man, I’ve always wondered what it must’ve felt like to live during Jim Crow. Do I have the strength and resilience to have braved those racist times and still become the novelist I am today? I’ll never know. And that is partly why I write: to create harrowing Jim Crow conditions through which my characters must navigate. Perhaps not all contemporary writers have a yearning to feel the actual emotional pain of their characters; universities may have given them their fill of Dostoevsky. But constantly trying to research and harness some of that unspeakable racial tension is part of my makeup. It was born out of hearing stories that my late father used to tell about his years growing up in segregated 1940s Texas.

Those stories moved me to no end as a young boy. I imagined myself being a part of his heartbreaking memories, filled with events that had made him the flawed, tough, and charismatic figure he was. He never finished high school, forced to work full time at the age of fifteen. He was a survivor, a street philosopher, an optimist who hadn’t let bigotry harden him, but he had emotional scars. He’d had to drink out of Colored Only water fountains, was forced to eat in the back of restaurants, had been chased by bigoted policemen down backwoods roads. I would never have an education like his, “luckily,” he would often tell me. Still, part of me lived vicariously through his sad and dark stories.

Even beyond my father, it has always been difficult for me to disconnect from the pain my forefathers endured. I find myself feeling guilty when I try to ignore or deny its existence. After all, they suffered through it; the least I can do is ruminate about it. Their voices are constantly calling me back, binding us. They have a story to share. They’re trying to tell me that someone unknown to modern folk did something extraordinary way back when. Tell our stories, they say. Make them real to the world. On more than one occasion I’ve pictured myself a character in Richard Wright’s Native Son, Ellison’s Invisible Man, or Baldwin’s Go Tell it on the Mountain. These novels are semi-autobiographical, the pain and torment described in each unfathomable, and in the case of Wright’s Native Son, downright maddening, as was customary in most protest novels of that period. The days and times of these writers were their resource. They faced Jim Crow. Conversely, I was born in the 70s, and, yes, I faced my share of bigotry, some of it scarring for sure, but it wasn’t institutional. Segregation wasn’t the law. I needn’t flee to Paris for respite.

The inner-city teen of today also lives in a certain kind of hell, but he can sit at the front of a bus, walk into any convenient store, or remain on the sidewalk if a white woman comes walking by, things my father couldn’t freely do without facing repercussions. I often think of how he was subjugated to violent, crumbling grade schools where teachers had limited educations and books, inherited from white schools when they were done with them, pages and covers missing. An ambivalence toward education was born in my father early, his academic growth, stunted. I long to capture that disadvantaged boy’s soul and voice, to know what youthful dreams were killed as he sat uncomfortably in that rotting, wooden chair trying to ignore the broken-off corners of his splintery desktop. The image breaks my heart. The texture of my series and many of the characters therein have helped me connect with the horror of my father’s unfathomable youth, including the voices and unique language of his old stomping grounds.

Article continues after advertisement
There is no normal life for a black man during this time period, and he learns the lesson most spies learn: once you enter that realm, it’s very difficult, if not impossible, to exit.

Survival was all that consumed my father from early on. I can’t relate. I can only speak from the position of a man who was afforded the opportunity to read, and think, and vote, and question authority, and attend college. So, when I place myself in a yesteryear setting like that of my father’s, I’m constantly trying to escape. I see a person willing to risk it all, a dreamer who tries to meet the great scholar, W.E.B. Du Bois of the NAACP. He was on the forefront of black ideas at the early part of the 20th century, an integrationist. These visions are what led me to the great biography on Du Bois by David Levering Lewis and helped me create the protagonist in my first novel. A story idea began to germinate while reading about the rivalry between Du Bois and the black separatist, Marcus Garvey, a man with designs on taking black Americans back to Africa. Placing a spy in the middle of these two rivals’ political conflict—the burgeoning Harlem Renaissance serving as a backdrop—made intellectual sense, and it gave me a story rich with history, art, politics, romance, and violence. The Strivers’ Row Spy was born and my Renaissance Series had wings.

Every spy has a personal motive, and my character Sidney Temple is no exception, although his isn’t a micro one such as seeking power or an FBI promotion. His is a macro one. He’s driven by a dream, the dream of integration, and Du Bois is his idol.  His drive is only strengthened when a young J. Edgar Hoover offers him a job as one of the FBI’s first African American agents. Temple sees his first assignment as a calling, an ironically fortunate one at that: to spy on Marcus Garvey. What better way to protect Du Bois and his movement than to begin secretly feeding him information on both his nemesis and Hoover’s corrupt and racist FBI?

The Renaissance Series is not a typical spy series in that, again, its objective is to uncover aspects of African-American history that are obscure to many readers. After Temple is forced to escape the United States, changing his name to Prescott Sweet in Paris and later landing in Stalin’s Soviet Union in Beneath the Darkest Sky, he continues to meet real life Blacks throughout his odyssey who are familiar to us. But it is the lesser-known figures who give the series its distinctiveness, such as Lovett Fort-Whiteman, whose astonishing story captured my imagination and led me to dedicate the book in memory of him. He was, after all, from a Texas ghetto just as my father was. My spy’s journey takes him through the 1920s, 30s and 40s, all the while leaving him tasked with trying to protect his wife and children, attempting at times to leave the spy world behind and carve out a normal life. But there is no normal life for a black man during this time period, and he learns the lesson most spies learn: once you enter that realm, it’s very difficult, if not impossible, to exit, because the people you’ve crossed are always lurking somewhere out in the distance, and you’re paranoid that they may find you and even the score. So, you retreat to that familiar underworld once more and take on a new alias, offering yourself up to someone in need of a spy, allowing yourself to do what you’re addicted to: living dangerously—and surviving.

My goal has become, through extensive research, to present authentic, real historical people of color from an unsettling period in our history. I have come across so many of them, too many to include all of them in my work. Their skin color, a liability the world over during the time period I write about, becomes for my fictional spy an asset, allowing him to infiltrate places only a person of color can.  Thus, he can serve his country while furthering his own civil rights agenda. Creating fictional characters who live and act alongside real historical people and events allows me to explore the period in depth, while at the same time, I hope, entertaining my readers.

Jason Overstreet is the author of the new novel, Beneath the Darkest Sky, part of the Renaissance Series. He lives in Los Angeles. Visit him online here.
http://www.joverstreet.com/ 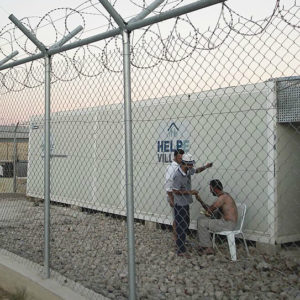 When I was a child, my parents took me to a church on the Canadian prairies to hear a talk given by a human rights activist...
© LitHub
Back to top