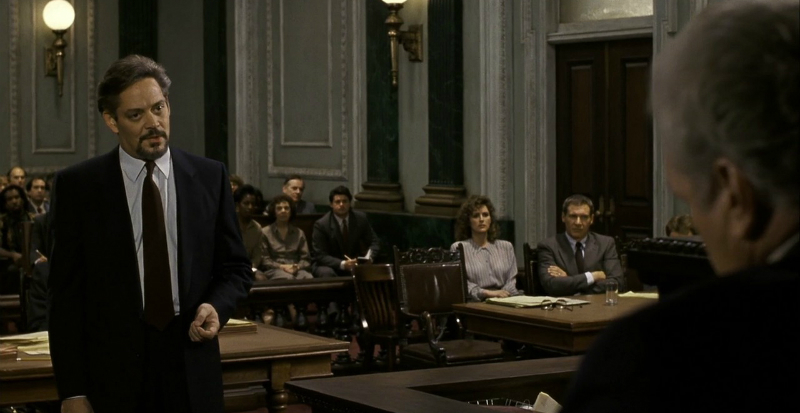 Scott Turow, the bestselling author of Presumed Innocent, The Burden of Proof, Innocent, and other novels, is often said to have invented the modern legal thriller. Certainly, he’s among the tradition’s finest and most popular practitioners. His books have sold over 40 million copies worldwide and once earned him a spot on the cover of Time magazine, not to mention numerous awards. Despite his literary successes, he remains a practicing attorney. From 1978 to 1986, he was an Assistant United States Attorney in Chicago, serving as lead prosecutor in several high-profile federal trials investigating corruption in the Illinois judiciary. Today, he is a partner in an international law firm, where he takes on pro bono cases and has a special interest in the rights and opportunities of former felons.

Over the course of his 30-year writing career, Turow has taken readers inside courtrooms in the fictional Kindle County, Illinois, a hotbed of corruption and legal controversy. In his latest novel, Testimony a former prosecutor, Bill ten Boom, who at the age of 50, walks out on everything he thought was important to him: his law career, his wife, Kindle County, and even his country. When he’s tapped by the International Criminal Court—an organization charged with prosecuting crimes against humanity—he feels drawn to what will become the most elusive case of his career.

Ten years earlier, following the Bosnian War, an entire Roma refugee camp vanished. Finally, a witness has stepped forward: Ferko Rincic. He claims that in the middle of the night, armed men marched the camp’s residents to a cave, and then set off an avalanche, burying 400 people alive. Only Ferko survived. Bill must determine if Ferko’s claims are accurate and must sort through numerous suspects: Serbian paramilitaries, organized crime gangs, and the US government itself. Very little about the case is as it first seems.

Mark Rubinstein: Testimony is a bit of a departure for you since it leaves Kindle County and takes on a European case of mass murder rather than a “smaller” crime. How did the idea for the novel come to you?

Scott Turow: It came slowly. It began when I went to the Hague, the diplomatic capital of the Netherlands and the international justice capital dealing with war crimes. I found myself talking with a group of eight men and women who said, “You’ve got to write a book about this place.” They found the cases fascinating. There’s diplomatic infighting within the courtroom and the international setting is quite unusual. These elements sounded intriguing and I kept the idea in mind.

I found myself thinking seriously about it, because this was a venue for a novel that would give me a chance to explore something that’s always been of interest to me—namely, the Roma people. I’ve always been immensely curious about them, so I combined the law with my interest and imagination.

Rubinstein: Though Testimony deals with elements of international politics, it’s basically a crime novel and legal thriller. What about the courtroom makes it such a great venue for novels?

Turow: Courtrooms are inherently theatrical. Drama and conflict take place with two sides fiercely disagreeing with each other. By its very nature, something very important is at stake in a trial: in a civil case, it’s money; in a criminal matter, it’s almost always someone’s liberty. In a jury trial, you add another important element: the intricacies and arcana of the law must be made comprehensible to a popular audience. All these factors make the courtroom a wonderful setting either for novels or film. It’s all right there.

Rubinstein: The law is replete with stories, isn’t it? 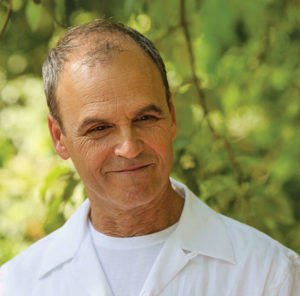 Turow: Absolutely, but the narrative element of the law was not as consciously apparent to me when I was in law school. I’d give Gerry Spence, the renowned trial lawyer who never lost a case, credit for demonstrating the crucial importance of the narrative element in presenting a case to a jury.

Whether he represented the defense or the prosecution, he was a genius at figuring out the storyline of every trial. He turned every case into a compelling story. The story is what a trial is really all about. If you don’t have a story to tell in the courtroom, you’ll be out of luck.

Rubinstein: To some extent, is Testimony also a novel about your protagonist’s midlife crisis?

Turow: Yes, I don’t know how to hide from that question, Mark. [Laughter]. Bill has decided at the age of 50 that he’s not comfortable with his life. He throws over everything: he moves out of his home, divorces his wife, leaves his law firm, and then leaves the US. At 50 years of age, he’s decided to change everything.

Rubinstein: It’s a bit about the road not travelled.

Turow: Absolutely. He’s not hostile to anyone, but he simply doesn’t feel good about where his life has taken him and decides to change nearly every aspect of it.

Rubinstein: Testimony is an important and timely book because, among many other things, it explores the savagery of people who turn on their friends and neighbors. We see this now in Syria, Myanmar, and other places.

The reality is that today’s technology has dramatically enhanced the killing power of maniacs all over the world.

Turow: The International Criminal Court was started by member countries of the United Nations because of the sad recognition that war crimes and atrocities are never going to end. We can hope for a day when that deplorable behavior stops, but unfortunately, the historical track record suggests that civilization will chronically break down somewhere. It seems to happen again and again. The crime detailed in Testimony is emblematic of these crimes. The reality is that today’s technology has dramatically enhanced the killing power of maniacs all over the world.

Rubinstein: You once said, “I’m a big believer in the fact that all authors really write only one book.” What did you mean?

Turow: This comment is sometimes attributed to Hemingway or to Graham Greene. I admire both of them enormously. It turns out that most writers have a universal obsession they’re working out through their novels. In my case, I think it’s about the use and abuse of power and the notion of justice found in the law. I don’t use it as an excuse for repeating myself in my books. For 20 years, I avoided writing again about Rusty Sabich because I didn’t want to write the same book again. But thematically, there’s no doubt the same leitmotif runs through all my books.

We all have a “home” for a reason. Most people enjoy having familiar signposts in their lives—places and things they can call their own and with which they can measure their own lives. That’s true imaginatively as well; and that’s why every author’s book tends to resemble the books they’ve already written.

Rubinstein: You’re still a practicing attorney. How do you find the time to work in the law and write full-length novels?

Turow: Since 1991, I’ve been a part-time lawyer. Initially, I was still trying lots of cases, but over the years, my caseload has diminished, and now my principle work is pro bono.

I’m on a quest to enhance the lives of and employment opportunities for people who’ve been released from prison and have been law-abiding for a long time.

Turow: Usually, by about ten o’clock in the morning, I’m in front of a computer, writing. I’ll sit for three to five hours a day and write. I don’t know of any author who writes for 60 minutes of each hour. I never have. I’m terribly distractible. My good friend, Richard Russo, says, “Every author experiences the temptation of finding his or her head inside the refrigerator and wondering what am I doing here? I’m not really hungry.” [Laughter]. The reason is, of course, it’s the farthest point in the house from where the computer is. I use email to distract myself.

If I have to deal with something at the law firm, I do it. I’m perfectly capable of picking up the phone, talking at length to a client, then putting down the phone and going back to finish the sentence I was in the middle of writing. In the afternoon, I turn my attention to the more mundane things in life at the office.

Rubinstein: Some people would say you invented the legal thriller.

Turow: Some people are kind enough to say that, but it’s probably an exaggeration if you think about The Merchant of Venice and the trial of Socrates. In terms of the contemporary approach of having a lawyer as a flawed protagonist, Presumed Innocent was the first novel to go down that pathway. I often think of the monk, Dom Perignon, who “invented” champagne. He had no idea what he was doing when he drank this bottle of accidentally fermented wine. By legend, he fell down the stairs. I sort of fell down the stairs.

Rubinstein: But in a good way.

Rubinstein: If you could meet any two fictional characters in real life, who would they be?

Turow: I would love to meet Anna Karenina. She’s an amazingly brave and compelling woman. Among men, I’d like to meet George Smiley, though he’s pretty circumspect and I’m not sure I’d get much out of him. It might be really interesting to talk to Moses Herzog, Saul Bellow’s character.

Turow: It’s taught me everything. It’s taught me about psychological process. I’ve learned that you can’t ever really escape from yourself, which goes back to the notion of a writer really writing only one book. But, no matter how stuck or frustrated a writer may be, inevitably, the obsession will take the writer to where he or she was meant to go. So, writing novels has taught me—or rather, has made me aware—of my own psychological processes.

Turow: I’m writing a novel called The Last Trial. It’s about the final courtroom episode in the life of Sandy Stern, who’s made appearances in every novel I’ve written. 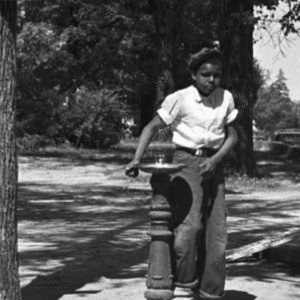 As a Generation X man, I've always wondered what it must've felt like to live during Jim Crow. Do I have the strength and resilience...
© LitHub
Back to top