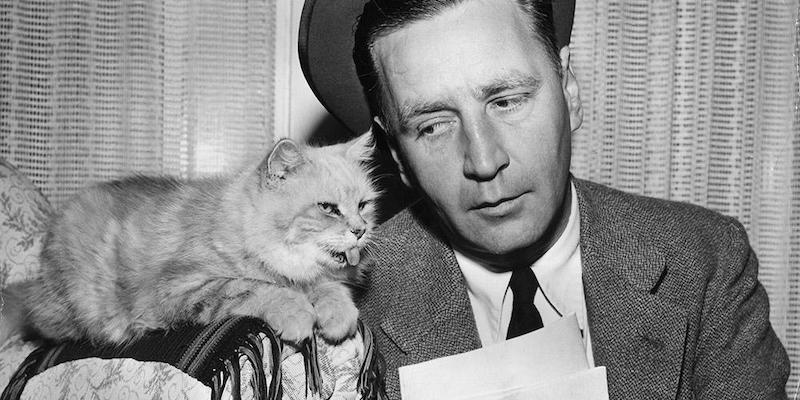 "Life is a bucket of shit with a barbed wire handle."

104 years ago today, one of the greatest crime writers who ever lived was born in….wait, Oklahoma? As a Texan, I need to process this news. Oh, well, Thompson may not have been born in Texas, but to quote a popular bumper sticker, he sure got there as fast as he could (and then got the hell out).

I found my way to Jim Thompson’s ultra-dark noir and hardboiled social criticism as a teenager looking to lose myself in the bleakest visions of the world possible. His villains weren’t so much bad as amoral; they worked within a system that was itself profoundly rotten, and to murder indiscriminately was almost akin to antiracist action in the grotesquely segregated and hideously misogynist world of his characters. While many like to pit Thompson’s work against Chandler and Hammett, a better comparison would be to the post-war nihilism of Georges Simenon’s romans durs, or the unstable identities and sly brutality of Highsmith’s Ripley novels. Chandler and Hammett were products of societies that at least made a pretense at fairness. Southerners Thompson and Highsmith understood from the get-go when it took two World Wars for Simenon to learn—most people are capable of far more horrifying acts than they would like to believe, and of enduring far more suffering than they would think possible.

Thompson’s books used to feel like escape—a heightened version of the more subtle problems facing society. These days, his words are back in tune with just plain reality, and his insights into warped minds are more applicable to the commander in chief than to his cast of lumpenproles. Here are a few of Thompson’s choicest quotes and most tart observations, each one supremely resonant in this dumpster fire of a year.

“Life is a bucket of shit with a barbed wire handle.” –Texas By The Tail

“Sure there’s a hell…It is the drab desert where the sun sheds neither warmth nor light and Habit force-feeds senile Desire. It is the place here mortal Want dwells with immortal Necessity, and the night becomes hideous with the groans of one and the ecstatic shrieks of the other. Yes, there is a hell, my boy, and you do not have to dig for it.” –Savage Night

On Policing and Governance

“We’re living in a funny world kid, a peculiar civilization. The police are playing crooks in it, and the crooks are doing police duty.” –The Killer Inside Me

“They had no hope of anything more, no comprehension that there might be anything more. In a sense they were an autonomous body, functioning within a society which was organized to grind them down. The law did not protect them; for them it was merely an instrument of harassment, a means of moving them on when it was against their interest to move, or detaining them where it was to their disadvantage to stay.” –The Getaway

“Practically every fella that breaks the law has a danged good reason, to his own way of thinking, which makes every case exceptional, not just one or two. Take you, for example.” –Pop 1280

“I found out long ago that the place where the law is apt to be abused the most is right around a courthouse.” –The Killer Inside Me

“I just learned two things there at that college, Mr. Ford, that was ever of any use to me. One was that I couldn’t do any worse than the people that were in the saddle, so maybe I’d better try pulling ’em down and riding myself. The other was a definition I got out of the agronomy book, and I reckon it was even more important than the first. It did more to revise my thinking, if I’d really done any thinking up until that time. Before that I’d seen everything in black and white, good and bad. But after I was set straight I saw that the name you put to a thing depended on where you stood and where it stood. And…and here’s the definition, right out of the agronomy books: ‘A weed is a plant out of place.’ Let me repeat that. ‘A weed is a plant out of place.’ I find a hollyhock in my cornfield, and it’s a weed. I find it in my yard, and it’s a flower.” –The Killer Inside Me

“What else is there to do but laugh and joke…how else can you bear up under the unbearable?” –Pop 1280

“You’ve got no time at all, but it seems like you’ve got forever. You’ve got nothing to do, but it seems like you’ve got everything…You make coffee and smoke a few cigarettes; and the hands of the clock have gone crazy on you. They haven’t moved hardly, they’ve hardly budged out of the place you last saw them, but they’ve measured off a half? two-thirds? of your life. You’ve got forever, but that’s no time at all.” –The Killer Inside Me

“When life attains a crisis, man’s focus narrows. […] The world becomes a stage of immediate concern, swept free of illusion.” –The Killer Inside Me

On Racism and Inequality

“People looking for easy answers to big problems…People that can’t realize that a heck of a lot of things are bound to go wrong in a world as big as this one. And if there is any answer to why it’s that way—and there ain’t always—why, it’s probably not just one answer by itself, but thousands of answers.

“But that’s the way my daddy was—like those people. They buy some books by a fella that don’t know a god-danged thing more than they do (or he wouldn’t be having to write books). And that’s supposed to set ‘em straight about everything. Or they buy themselves a bottle of pills. Or they say the whole trouble is with other folks, and the only thing to do is to get rid of ‘em. Or they claim we got to war with another country.” –Pop 1280

Jim Thompson gets it. He really gets it.

“There was too much of a sameness about the evening’s delights. He had been the same route too many times. He’d been there before, so double-damned often, and however you traveled—backward, forward, or walking on your hands—you always got to the same place. You got nowhere, in other words, and each trip took a little more out of you.” –The Grifters

“That was the way one had to do. To do the best one could, and accept things as they were. Usually, they did not seem so bad after a while; if they were not actually good, then they became so by virtue of the many things that were worse. Almost everything was relatively good. Eating was better than starving, living better than dying.” –The Grifters

Trump Is Definitely A Grifter

“He had made personality a profession, created a career out of selling himself. And he could not stray far, or for long, from his self-made self.”  –The Grifters

What are you going to say when you’re drowning in your own dung and they keep booting you back into it, when all the screams in hell wouldn’t be as loud as you want to scream, when you’re at the bottom of the pit and the whole world’s at the top, when it has but one face, a face without eyes or ears, and yet it watches and listens….

What are you going to do and say? Why, pardner, that’s simple. It’s easy as nailing your balls to a stump and falling off backwards. Snow again, pardner, and drift me hard, because that’s an easy one.

Sympathy for the Double Agent 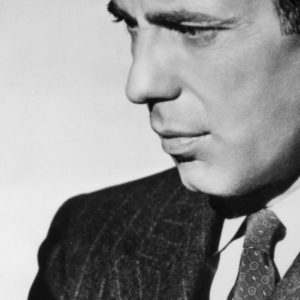 The Maltese Falcon may be thought of as a novel by Dashiell Hammett published in 1930 or as a trio of film adaptations produced...
© LitHub
Back to top