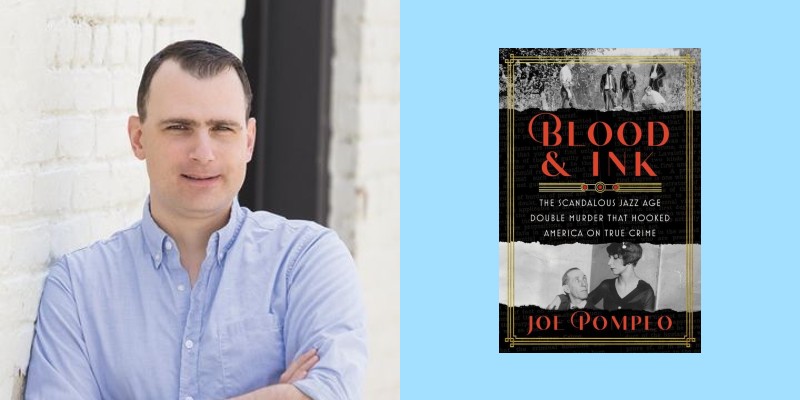 A new book sheds new light on one of the Jazz Age's most scandalous murder investigations.

Almost a century ago, as he prepared to cover a dramatic double murder trial for the New York Daily Mirror, name-brand newsman Damon Runyon compared the attendant hype to that surrounding a big boxing match or a World Series game. “It wasn’t merely a metaphor,” Joe Pompeo writes in Blood & Ink: The Scandalous Jazz Age Double Murder That Hooked America on True Crime (William Morrow). “A telegraph switchboard used two months earlier during the world heavyweight title fight between Jack Dempsey and Gene Tunney had been installed in the courthouse basement, with a staff of twenty-eight operators at the ready.”

It was 1926, and more than four years had passed since the bodies of Edward Hall, a pastor married to a well-known heiress, and Eleanor Mills—“a working-class housewife,” Pompeo writes, with whom Hall had fallen in love—were found in a desolate patch of central New Jersey. Both had been shot; her neck had sustained what the autopsy report called “an 8 inch necklace incision,” a wound investigators believe was inflicted because she sang in the choir at Hall’s St. John the Evangelist. Along with her two brothers, Frances Hall, the pastor’s wife, was eventually charged with the killings. Each was acquitted, and the case remains unsolved. Replete with sordid details, memorable personalities and class-based animus, the case would fuel a circulation battle between lurid Manhattan dailies, demonstrating that true crime stories could move a million papers a day. The coverage also provided fodder for those who felt, often with good reason, that the tabloids, irreverent newcomers to American journalism, were bereft of shame.

Readers know Pompeo as the senior media correspondent at Vanity Fair, where he’s recently written about a shakeup at CNN and the future of MSNBC’s primetime lineup. In his intelligent, informative and well-paced first book, he takes on a cold case that observers regarded as the century’s most shocking crime. In a recent video interview, he discussed the coverage of sensational misdeeds in the 1920s, and how it influenced the tabloid media culture of the 20th century and the true crime landscape of the 21st.

Kevin Canfield: We’re talking almost 100 years to the day after the crimes, which most likely occurred on the night of Sept. 14, 1922. How long has this case been on your radar?

Joe Pompeo: I went to Rutgers University in New Brunswick, where these crimes took place, so I knew this area really well, but I had never encountered this story. At Columbia Journalism School, a professor of mine taught some history courses where we studied old newspaper sensations from the 19th century. Fast-forward to September 2018, when I was looking for a book topic, I decided I wanted to try to find something in this vein. I was talking to this professor, Andie Tucher, and she mentioned the Hall-Mills murders. I was immediately drawn to that because of where the crimes happened. And separately, we were talking about the birth of the tabloids in the 1920s, and just how lurid and outrageous these publications were, even by today’s standards.

KC: The New York Daily News started up in 1919. Why was this case in their wheelhouse?

JP: This was the first tabloid newspaper in America. It was inspired by the tabloid press in London, which had started in the early 1900s. The Daily News had compact layout that was really driven by visuals and photos—they called these “picture papers.” The founder of the Daily News, Joseph Medill Patterson, wanted to create a publication that was entertaining as well as informative. It was not enough to present the news of the day; it also had to really entertain audiences. He believed the subjects that most interested readers were love or sex, money and murder. The Hall-Mills story is the perfect encapsulation of those things.

KC: We often think that newsrooms from this era were exclusively male, but wasn’t some of the most notable reporting on this case was done by women?

JP: One of the interesting things about the tabloid press was that it was a place where young women could really rise up and become prominent. Julia Harpman came to New York from a small paper in Tennessee. She wanted to make it in the city and she went to all the broadsheets, but no one had a job for her. Someone suggested the Daily News, a newer paper where it might be easier to break in. Phil Payne, the editor of the News, gave her a trial assignment. She nailed it and he hired her on the spot. She was one of the most prominent reporters on this case, in terms of the volume of coverage and the types of scoops she was churning out.

KC: There’s a vivid anecdote in the book about Payne having a reporter stage a séance in which she tried to get a suspect to confess. Within a few years, the News had tabloid competitors in New York City, the Daily Mirror and the Evening Graphic. How did these papers cover the case, and were they even less bound by what we’d today call journalistic ethics?

JP: I think that’s a fair assessment. The first of these to come on the scene was the Daily Mirror. This was William Randolph Hearst’s answer to the Daily News. Initially, when the Daily News was founded, this type of paper, a tabloid, wasn’t taken very seriously. And at first, the News was a flop—but then it pretty quickly became a runaway success. Hearst had sneered at it at in the beginning, but now the Daily News was selling more papers than any other paper in America. This really challenged Hearst’s dominance in New York City, where his broadsheet papers were in decline. So by 1924 he realizes that he has to get into the tabloid game, he has to come up with something that’s even more outrageous than the Daily News. It was even more down-market—its self-proclaimed motto was “90 percent entertainment, 10 percent information.”

The Evening Graphic was founded a couple months later, and it was just the gutter of tabloids. To this day, there’s probably not as wacky a publication as this. It became known for its salaciousness. It was a lot racier in terms of gravitating toward the sex scandal side of the spectrum, and it assumed a nickname: the PornoGraphic. It innovated this form of newspaper illustrations called the composograph. They would have people pose in scenes to illustrate news stories, and then place the faces of the subjects of the stories onto these body doubles. They gravitated toward the sensational in a way that I don’t think we’ve seen with the exception maybe of things like the National Enquirer. It really was these newspapers running rampant in this decade when there were gang wars and Prohibition crimes and murders left and right. It was really something.

KC: Researching all of this must have been lots of fun.

JP: Absolute fun. There were a few components to the research. On the one hand, I was reading hundreds and hundreds of newspaper articles. I am probably one of the most prolific users of newspapers.com, which has a great archive of papers from the 1920s. And luckily there’s a great archival research service that the New York Public Library has. You tell them what you need and for a fee they will digitize papers for you. So I got this trove of all the Daily Mirror’s coverage from 1926. They’re filled with comics illustrating the crimes and tons of outrageous sidebars.

And then, of course, the other component was primary documents and evidence. At the prosecution office in Somerset County, I was able to hold the stockings that Eleanor Mills was murdered in. I was able to hold the reverend’s broken wirerimmed glasses. I asked the evidence custodian for the original witness depositions, and he said they’d probably been lost or destroyed long ago. A few months later, these documents miraculously turned up at the New Brunswick Public Library; an archivist there had been cleaning out the basement of a man whose wife had just passed away and found a box that had the original 1922 grand jury transcripts, the original 1922 witness statements and depositions, and all of the statements and depositions from the 1926 reinvestigation. That was a goldmine for my research.

KC: We hear a lot about mistrust of the media these days. Are some of the seeds for that kind of feeling sown here?

JP: Some of the things that tabloids were doing definitely bent the rules of journalistic ethics and veered into manipulating the truth. I think the throughline with the tabloid press is that this basically sets the course for the type of media that, because it thrived on big characters and big personalities, essentially gave rise to Donald Trump; this seeded all the mistrust in the media and the misinformation we’re dealing with today. He was a president that was born of the tabloids of New York, including the Daily News.

KC: What about the current true crime landscape? Are its roots traceable to this case?

JP: I think so, but it doesn’t start with the tabloid press. Ever since there were mass market newspapers there’s been an interest in covering these types of stories. My argument would be that the tabloids turned it into something that was a purer form of entertainment news than you would have seen previously. They tried to make it a fun experience for the reader, and I think that’s where coverage of crime that is both news and entertainment carries through to today. It’s the reason we gravitate to these true crime podcasts or these Netflix series. 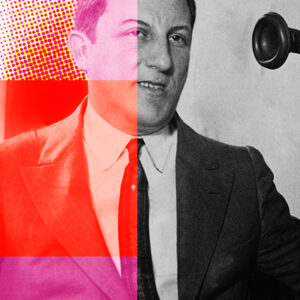 Damon Runyon dubbed him “The Brain.” To F. Scott Fitzgerald he was the vulgarian Meyer Wolfsheim. To the sports, grifters,...
© LitHub
Back to top