Kayte Nunn on setting, and how it connects characters to stories.

In a novel, an effective setting transports the reader, immersing them in the narrative and creating a believable physical environment where plot can flourish. Like the Carolina marshes in Where the Crawdads Sing, the drought-stricken Australian outback of Jane Harper’s The Dry, or the archaic Parisian building in Lucy Foley’s The Paris Apartment, a richly drawn, distinctive setting not only anchors the story, but also has a pervasive influence on the mood, themes, and tone of a novel.

The setting of a novel, whether in the context of place but also time, or more usually both, is not merely background. In the most compelling novels, setting, character and plot are inextricably intertwined. Indeed, when I begin to imagine a novel, the setting often appears at the same time as the characters, if not before: where are we, who are these people? Only then do I pose the questions, why are they there, what has happened to them and what is about to happen to them?

As a former travel writer, I am a magpie for distinctive details, am used to describing setting succinctly and in such a way as I hope the reader can picture themselves there, without long, overblown paragraphs that soon become boring. It’s an experience that’s come in very useful as a novelist.

Generally, setting in crime fiction will have the potential for elements of danger, darkness, mystery, or grit, whether they be the mean streets of a city à la Raymond Chandler, a windswept isle as in Agatha Christie’s And Then There Were None, or the vertiginous slopes of a mountain as in Ruth Ware’s more recent One by One, and used well, such settings can be an effective shortcut to creating tension and danger. They might be clichés, but bad weather, darkness, and isolation help to establish mood and atmosphere, as well as offering scope for bad things to lurk undetected. In locating THE ONLY CHILD on an island, the presence of water and its potential for misadventure is never far from the reader’s mind, and the same goes for the snowstorm that cuts it off from civilization in 1949, and when ‘uncivilized’ events occur.

Of course, ‘cozy crime’ can be just that in its setting—a bucolic village, a genteel senior living facility, a luxurious country house, where nevertheless, bad things happen, and here it is the contrast between the delightful or seemingly innocuous setting and the crime that takes place which help to give the novel tension.

If the writer reveals the setting as it appears to all the senses, and through those of the characters – for example, describes the sounds of tourists on a ferry, the smell of snow in the air, the sudden pain as a character brushes against stinging nettles, the taste of meat and gravy eaten when frightened – then the story becomes all the more vivid. By showing an emotional reaction to a setting, the writer can effectively create stronger, more realized characters.

Some might argue that setting is only effective if a writer has a strong connection to a place, that they can write about it with familiarity. Conversely, a writer in an unfamiliar place might notice things that otherwise become unremarkable to someone who knows it well. It is an interesting point, worth debating as you decide where and when to set your novel.

One of the themes of my crime-mystery, The Only Child, is of fractured connections and isolation, and so the setting of a remote island, though not a new one for crime fiction, is an essential tie to that. The period in which one strand of the story is set, the winter of 1949/50 is also essential, as it was one of the coldest winters on record in the Pacific Northwest. The isolation of Fairmile, the mother-and-baby home, is achieved not only by it being placed on an island, but also by the isolating nature of a severe snowstorm. My protagonist, Brigid, has to vanish, in order to serve the plot, and the foul weather plays a central role in this disappearance. Thus the setting becomes integral to the plot.

Change in physical setting can also be used to great effect and be reflective of a theme—in one thread of the story, the house, Fairmile, is a draughty, antiseptic, chilling place, but in the other it is being restored, made comfortable and appealing as a hotel, a place where people will choose to come and sit on soft upholstered couches by a crackling fire. The altered physical setting echoes the changing fortunes of women over that period of history. In the 1940s, a single mother-to-be has no means of leaving with her baby unless her family supports her. A single mother in 2013 is remodeling an old house by herself to run as a business.

Additionally, in THE ONLY CHILD, the remoteness of the island serves to mirror the girls’ isolation from everything once known to them. They are shamed, and they have been banished, are paying for their perceived sins. The large house, the attic rooms, indeed the idea of difficult women being shut away in attics, all link to this. Even details such as that it was once the home of a successful Seattle businessman who abandoned it when his son died, play into the themes of lost children and severed connections (and I confess when I imagined this detail, I wasn’t aware of the resonance). Thus, details of setting can also become an effective way to layer meaning into a story.

The period in which the novel is set is integral to its tone and gives it context—in the 1940s and ’50s young women and girls who became pregnant outside of marriage were shunned, shamed, ill-treated, and dependent on their parents in a way that young women in the West are generally not in the 21st century. Additionally, having a story set in two separate time periods also allows for comparison and contrast in the lives of the characters and the tone of the society at each time. In the 1950s, welfare for single mothers was non-existent; in the early 21st century, a far greater number of single parents lead independent lives and have professional careers and expectations.

Despite the importance of paying attention to setting, it is vital not to overwork it, lest the pace get bogged down in description. When writing travel articles, I was constrained by word count, and so learned to use details that, when combined, would help build a picture of a place. By selecting a few details (and being deliberate about those details, making them integral to the story), you allow the reader to create and hold a unique picture in their mind.

From the opulence of a grand ballroom to the poverty of a needle-strewn wasteland, a well-realized setting says something about the society we live in without being didactic, an approach that will far better serve both writer and reader.

The poet, Victoria Chang, wrote, ‘The future is the past, returning through another gate.’

I, along with many others, have watched on in horror and fury as the reproductive rights of women have been eroded. By deciding to set THE ONLY CHILD partially in the previous century, when women had few rights, and were often treated disgracefully, I hoped to shine a light on what is happening today, and to ensure that we don’t forget the devastating effects of such practices. Thus, setting becomes relevant to our understanding of society, both now and in the past, surely the most important reason of all. 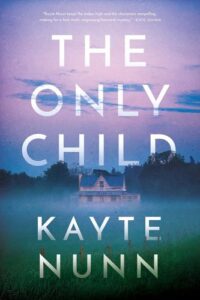 Share:
Kayte NunnScarletsettingsetting as charactersettings in crime fictionThe Only Child

Kayte Nunn is the author of six novels, including The Botanist's Daughter which was awarded the 2021 Winston Graham Prize for historical fiction. Her previous books have been sold into twelve territories. The Only Child is her first historical crime mystery. Born in Singapore, she has lived in England, the United States (in the Pacific Northwest), and now lives in the Northern Rivers of NSW, Australia. 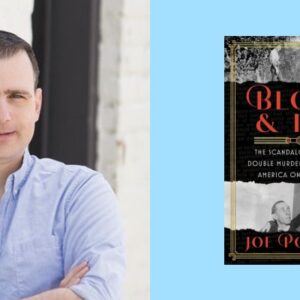 Almost a century ago, as he prepared to cover a dramatic double murder trial for the New York Daily Mirror, name-brand newsman...
© LitHub
Back to top