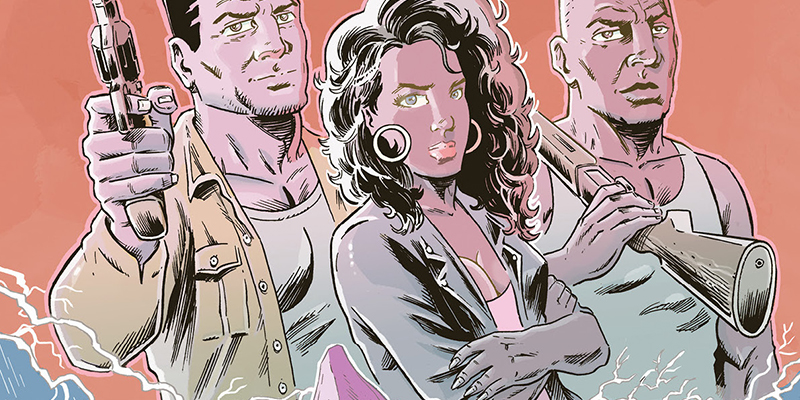 "When you actually present the characters, you have to hope the art, their appearance, is convincing and satisfying for the audience." - Joe R. Lansdale

Joe R. Lansdale is the author of more than 50 novels and 30 short story collections and is perhaps best known for his Hap and Leonard series of crime fiction novels. Jussi Piironen is a Finnish artist and illustrator, whose most recent illustrations appear in the graphic novel adaptation of Lansdale’s now-classic Hap & Leonard novel, Mucho Mojo. Thanks to Joe and to Jussi for answering a few questions about the collaborative process, the graphic novel form, and the cult classic series.

What inspired you to adapt MUCHO MOJO into the graphic novel form?

JOE R. LANSDALE: This is actually a question for Jussi, but for me the answer is simple. What a cool idea!

JUSSI PIIRONEN: The original novel was published here in Finland in 1997 and I immediately bought it—at the tender age of fifteen. I instantly fell in love with the characters and the mood of the book. Mucho Mojo was my first encounter with the characters and remains one of my favorite stories in the Hap and Leonard canon so the graphic novel was actually a no-brainer.

How did you two find each other?

JOE: Paul Fry, who was the original planned publisher, wanted to hire Jussi to do the job, and I agreed. But it was mostly between Paul and Jussi.

JUSSI:  I was doing this horror graphic novel for Paul and after couple of conversations and wild twists and turns, I was suddenly adapting and illustrating Hap and Leonard graphic novels. As I mentioned earlier, I was already a massive fan of Joe’s work.

What were some aspects that were important to keep in mind when bringing Hap and Leonard to life visually in this book?

JOE: Books leave the character’s appearance and intonation to the readers. When you actually present the characters, you have to hope the art, their appearance, is convincing and satisfying for the audience. But then again, I’m not one who worries about the audience when creating, other than an audience of one. Me. But when finished, I hope everyone likes it. Jussi may have a different view point.

JUSSI:  Yeah, the characters have such a large fan base, so I felt gigantic pressure to make everything look right.

This is our second collaboration with the characters [after adapting and illustrating the Savage Season graphic novel] and with Mucho Mojo I was, to be honest, quite comfortable during the whole process. Art-wise, I really pushed myself to extremes during the creation state as this novel means so much to me and, from what I’ve heard, for the fans here in Finland and all over the globe as well.

How did the inspiration for the look of the graphic novel evolve?

JUSSI:  I already had the look of the graphic novel vividly in my mind when I started adapting the novel. A lot of bright colors to show the hot summer of East Texas. And I really wanted the fight scenes to be brutal and crazy. Just something that has not been seen in comics before—or not that often. After Savage Season, we already had the look of Hap and Leonard figured out. The only character I had some trouble with was MeMaw. Believe it or not, at first I illustrated her to look like a horrible, mummified grandma. Jeez! The final look for her has the right amount of heart and toughness the character needs.

Did the illustrations inspire the text, or vice versa? How does that collaboration process work?

JOE: Jussi did the work, I saw it, and sometimes I commented through Paul or to Jussi by email, and he would develop ways to incorporate changes.

JUSSI:  The Mucho Mojo graphic novel is a collaboration of us three. Joe gave me great tips and notes and Paul commented some art stuff here and there and kept the whole palette together during the process. It has been a really rewarding experience for me as a writer and as an artist.

What do you get out of the graphic novel format that you can’t get from a novel (and vice versa)?

JOE: It’s merely a different way of presenting a story, as is film and television. But it’s unique in that in some ways, it’s closer to the source and you’re not restricted by an actor’s abilities, and though budget may cause some restrictions in comics, it’s of a different nature than films. You don’t have to leave something out you want to put in because it will cost too much to make it work. The talent of the artist and the space are all that’s needed.

JUSSI:  Like Joe said, you don’t really need to leave anything out because of budget restrictions. And you don’t have to censor yourself so much as when working in the film/TV industry. The action can be over the top and there can be some serious foul language.

Joe, with plenty of film and tv adaptations under your boot, your work seems uniquely easy to visualize on screen. Did that ease transfer to the graphic novel adaptation?

What’s on your nightstand/What are you reading next?

JOE: Actually, I’m reading books on settling Mars and on Greek mythology, always an interest of mine. Both subjects, actually.

JUSSI:  I’m currently reading Karl Ove Knausgård’s My Struggle series, the controversial but oh-so-great autobiographical novels. The reading is sometimes really a challenge but the books are so honest you gotta love them, and I devour them. I also have Hugo Pratt’s Ballad of the Salty Sea graphic novel on my desk. The graphic novel form doesn’t get better than this. 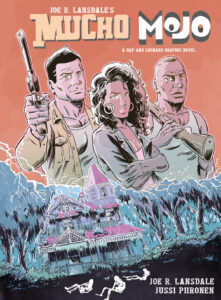 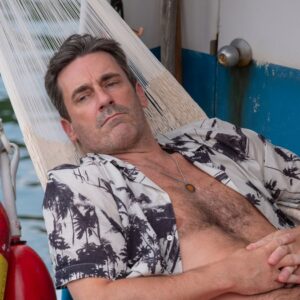 If I could only recommend one movie from this past month, it would be Confess, Fletch, a movie of epic coolness and smoothness...
© LitHub
Back to top