And Jon Hamm is perfect in it

If I could only recommend one movie from this past month, it would be Confess, Fletch, a movie of epic coolness and smoothness featuring Jon Hamm in his best role in a long time. It is so relentlessly enjoyable that I was positively shocked it didn’t have a wider release. Indeed, if you want to see it, you’ll have to hustle over to some faraway theater to catch a showing, or (like me) ride a million escalators to the top floor of the Times Square AMC, but it will be worth it, I promise you.

Confess, Fletch, directed by Greg Mottola and co-written by Mottola and Zev Borow, is an adaptation of Gregory Mcdonald’s 1976 novel of the same name, the third in his series about a investigator named I.M. Fletcher, or, as he prefers, “Fletch.” The film begins when Hamm’s Fletch, visiting Boston to try to recover stolen paintings on behalf of his wealthy Italian girlfriend’s family, stumbles upon a murder in his own house. Well, the house he’s renting. Is it a frame job? A weird coincidence? The police officers in charge (Roy Wood Jr. and Ayden Mayeri) think he’s too shifty a character to trust completely, and so begins a slick, convoluted mystery with almost as many crimes as there are detectives.

In almost every conceivable way (from lighting to dialogue), the movie deftly, smoothly sifts hardboiled noir tropes into the framework of a lighthearted, globetrotting caper, and Hamm’s entire presence combines the two associated character types seamlessly. He is a clever, sardonic loner PI character, while also projecting the roguish charm and playfulness of, say, Cary Grant in his To Catch a Thief and Charade days. Fletch, a freelance investigative journalist, who is very good at getting others to foot the bill of a slightly elevated lifestyle, is a bit of a loafer, even more of a goofball, sometimes an idiot. He loves being barefoot, even when it’s weird. This is the perfect fate for an actor who appeared in the drama Mad Men and as a recurring guest-star on the comedy 30 Rock at the same time.

Anyway, his Fletch makes for a very satisfyingly complex and magnetic lead, as rich and dense and layered as a fresh croissant or a can of Pringles (if you think those two foods don’t belong in the same sentence, let me introduce you again to our leading man). You want to follow Fletch wherever he goes.

There are lots of players in this art-heist-cum-murder-mystery, from his moneybags girlfriend Angela (Lorenza Izzo, fun to see again after her small but memorable role in the third act of Once Upon a Time… in Hollywood), to her cloying stepmother, known as “The Contessa” (Marcia Gay Harden, fun to see always), to a pretentious art dealer who won’t stop talking about how he teaches courses at Harvard (Kyle MacLachlan). And of course there’s Fletch’s fast-talking old newspaper pal, played by John Slattery, who doesn’t have many scenes but properly chews them up when he does. The Mad Men reunion helps corroborate the film’s gentle midcentury sensibilities. The character Fletch is a product of the 70s, and although the film has a totally modern setting, there is something vintage about its whole vibe.

The mystery itself is intriguing, but it’s more fun to watch Hamm juggle all the personalities and suspects he encounters, including a vapid interior decorator (Lucy Punch), and a loud, stoned hippie neighbor (Annie Mumolo). He hops from one conversation to the next with the same bemused wryness, a cartoonish straight man amid a chaotic whirl of strange people and strange motives. He seems to always laugh to himself, and you are invited to laugh along with him.

Speaking of “cartoonish straight men,” Chevy Chase played the character in two films in the 1980s but the series didn’t yield the franchise that the character deserves. Until now. Mottola has already announced that he is developing a second installment for Hamm’s Fletch. Hallelujah. Or, as Fletch tells every single Uber driver he rides with, “five stars!” 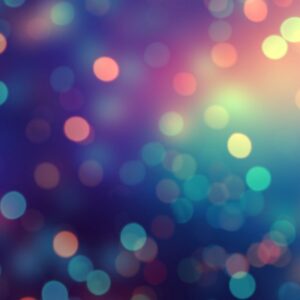 Where were you in the spring of 1987? What were you up to? If you were Dorothy Salisbury Davis, Susan Dunlap, Betty Francis,...
© LitHub
Back to top