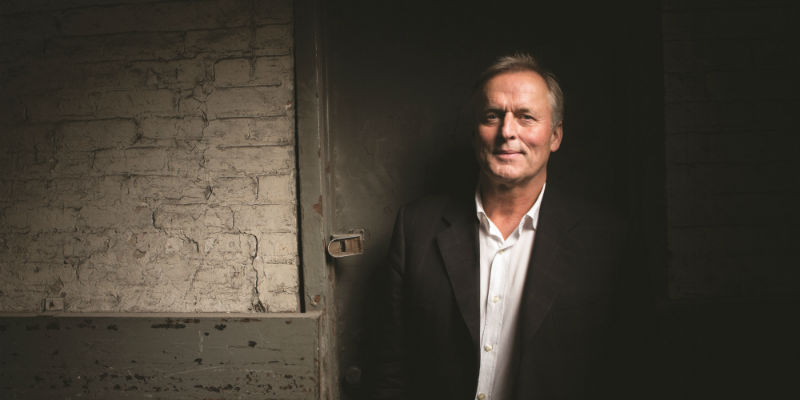 The King of Legal Thrillers on Southern Gothic and Family Epics

When you’re John Grisham and your books have established one of the world’s most popular and enduring genres, when you’ve helped define an entire region in the popular imagination, and when your newest stories are eagerly awaited by millions of readers worldwide, it must sometimes feel like there’s very little left to accomplish. And yet the king of the legal thriller keeps on reinventing himself. In his latest novel, The Reckoning, Grisham looks further into the past than he’s ever gone and taps into a rich vein of storytelling to capture a Southern Gothic mood. It’s a story about long-held secrets, family ties, sins that pass from one generation to the next, and the dreadful hand of fate. In the almost unbearably tense first chapter, a local man—one of the community’s most respected—coolly crosses town, enters the Methodist church, and shoots dead his old friend, the pastor. Diving further into the past, Grisham explores the intricate web of motivations that led to the terrible murder. In a sense, this is familiar territory for Grisham—Ford County, Mississippi. But in another he’s exploring very new terrain, where the epic stories of war and history collide with the intimate, everyday tragedies that fill a community’s story. This is Grisham at his most intense. We reached out to him to discuss the ghosts of Ford County, the Southern Gothic tradition, and the perpetual appeal of the legal drama.

CrimeReads: Ford County is a place you’ve returned to often in your career. That’s where it began, with A Time to Kill, and you’ve gone back with several novels and a story collection. There’s a strong tradition, especially in Mississippi, of these richly imagined fictional locales. Do you have the terrain and the history mapped out in your mind?

John Grisham: I have a rather crude and simple map on the wall of Ford County, and I add to it each I go back there. But there is no master history of the place. I’m not that smart.

Most often when we read about Mississippi and the legacy of a war, it’s in connection with the Civil War. With The Reckoning, it’s WWII casting a long shadow. Why that war in particular?

It’s all about timing. To make the story work and be faithful to the setting, the 1940’s, and to use WW2 as sort of a diversion to get our hero (anti-hero) out of town, I had to go to war.

The Reckoning has strong gothic notes—stronger perhaps than in any of your other novels—and it taps into an atmosphere of small towns, family secrets, dread and fatalism that informs so many gothic stories. Was that a tradition that appealed to you, something you’ve been wanting to try your hand at?

Yes, yes, yes. I love the genre of Southern gothic and the haunted tales of old families and buried secrets and great suffering and tragedy. I plan to re-visit the genre as often as possible, whenever I have a good story to tell.

The Reckoning is a departure for you in a notable way, being set in the 1940’s, before you were born. But the details of life in Ford County feel lived in still, intimate even. How did you find that texture to everyday life and to your characters’ internal lives?

It was the biggest challenge I faced. When I set A Painted House in 1952, I at least had my parents to call on for research and references. But they’re gone now, and it was often difficult to recreate life in Mississippi in the 1940’s. It took a lot of digging and I have little patience with the research.

There was a kernel of a true story behind the plot of The Reckoning, is that right? How did that kernel become a novel? Why do you think it stayed with you so stubbornly as it did? 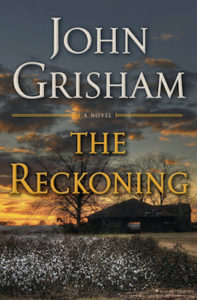 I believe it to be a true story, though I have no idea where or when it happened, or even who told the story in my presence.  But it is such a colorful and compelling story that I just never forgot it.

Southern literature is so entwined with the family epic, right down to modern-day with writers like Jesmyn Ward or on the crime/mystery side Attica Locke and Daniel Woodrell, and now with The Reckoning, too. Why do you think the family epic has been such a powerful vehicle for the region’s stories?

Family epics always work, regardless of the locale. Think about it—all of us believe our families have remarkable histories, complete with crazy relatives, broken homes, certified criminals, horrific divorces, contested wills, and lots of deep dark secrets. And because these stories might actually be true, we devour them as readers.

You’ve done more with the structure of the legal thriller than just about any author. Is there something about that storytelling format that you think makes for a particularly timeless or powerful story?

That’s a difficult question to answer. Lawyers are confronted with big conflicts, and often great suffering, and these naturally lead to great stories. Tragedy leads to compelling stories, and lawyers see a lot of injustice, bad behavior, shady intrigue, the list is almost endless. 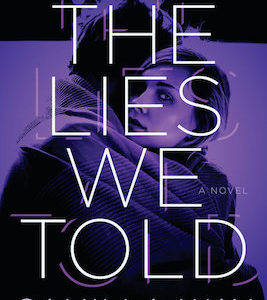 CAMBRIDGESHIRE, 1989 We waited such a long time for a baby. Years and years, actually. They couldn’t tell us why, the specialists....
© LitHub
Back to top